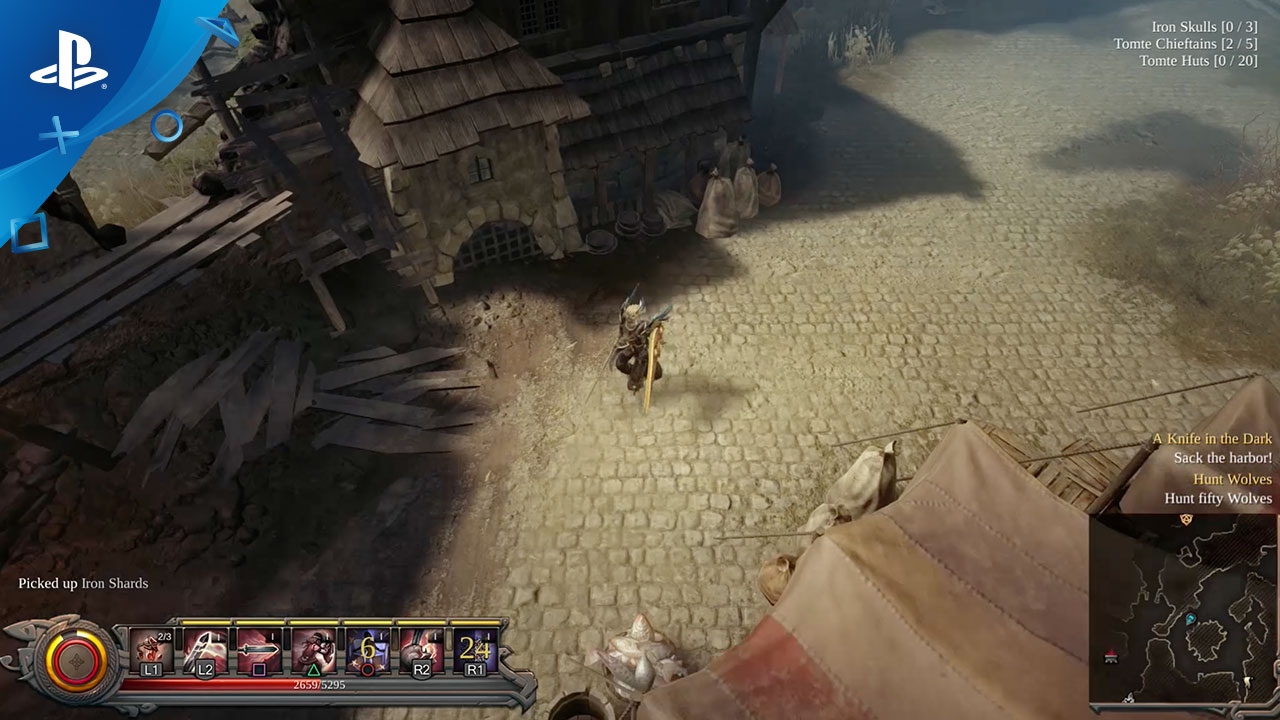 Heill ok sæll, PlayStation fans! Some of you may remember the announcement of Vikings — Wolves of Midgard back in June 2015, and I’m here today to share new, fresh details.

Firstly, we’re excited to announce that the wait is almost over as Vikings — Wolves of Midgard will launch March 28 on PS4.

Vikings — Wolves of Midgard is a combat-focused action RPG set in the shadow of Ragnarok — the end of days. When the Jotan begin to unite the Fire and Frost Giants under their flag in preparation for their march on Asgard, they cross paths with an outcast clan of Vikings called the Ulfung, the Wolf Clan. You arrive from the winter hunts to find your village in ruins and under attack from the Jotun. The old chieftain lies dead in the aftermath of the conflict and only a handful of survivors remain, leaving you to rebuild your home while fighting against the forces of evil that would doom the nine realms to oblivion.

To challenge the endless evil forces, your fully customizable Viking warrior or shieldmaiden will have to master several weapon styles and magical abilities as you battle increasingly challenging enemies and boss encounters. Combat styles include sword and shield, two-handed hammer, staff, bow, and dual axes. You’ll also collect resources and special runes on your adventures. Use the game’s in-depth crafting system to upgrade your equipment. 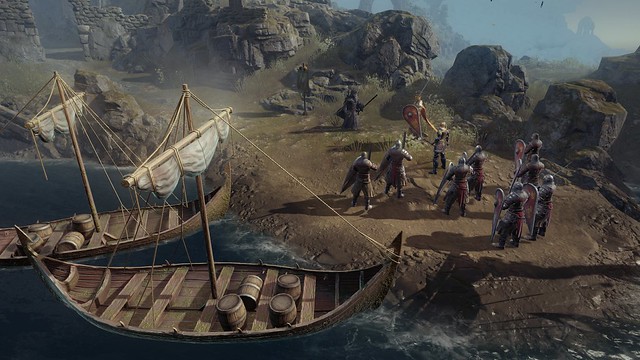 Dedicated explorers will also be able to find fragments of legendary armor and weapons tucked away in each of the levels to unlock the most powerful gear in the game. Alongside items and resources, the other key resource you’ll be harvesting is blood, used to level up and earn Gift points, which in turn unlock special powers called Gifts of the Gods.

Arguably the most important ability in every player’s arsenal is Rage mode, where you descend into a bloodthirsty rampage, enhancing many of your stats and abilities and granting several other bonuses. Just like your other abilities and weapons, Rage can also be upgraded for added effects, like ignoring enemy defenses, rendering you immune to environmental hazards, or increasing the rate of critical hits.

Enemies of all shapes and sizes are tough enough, but the boss encounters will force you to think tactically, with quick reflexes and perfect management of your abilities required to win. Even the environment is against you — freezing cold, poisonous fog, and scorching heat are just some of the hazards that can cause damage, slow your movements, and other detrimental effects. We call this the Exposure system, and to combat it you’ll need to find safe zones to balance out your vitals — such as campfires when exploring colder climes. 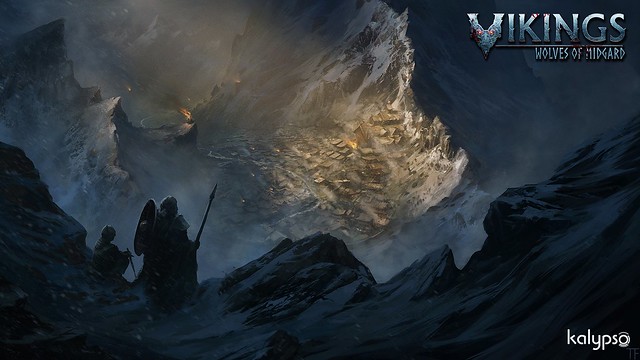 If all that is sounding like the odds are stacked against you, then you’ll be glad to know that we’ve also included support for two-player online co-op, which we’ve found is great for redirecting the blame when it all goes wrong.

Aside from the main campaign, we’ve included New Game+ mode so that you can progress your character to the maximum of their abilities, master all the available weapon sets, and collect every last bit of gear. And then there’s The Trials of the Gods, a mode where you can earn extra special rewards like new equipment and runes by surviving against waves of monsters and bosses.

We’re in the final stages of development with Vikings — Wolves of Midgard, and we’re doing everything in our power to make the game the best it can possibly be. We’d love to hear what you think, so please do get in touch in the comments below!