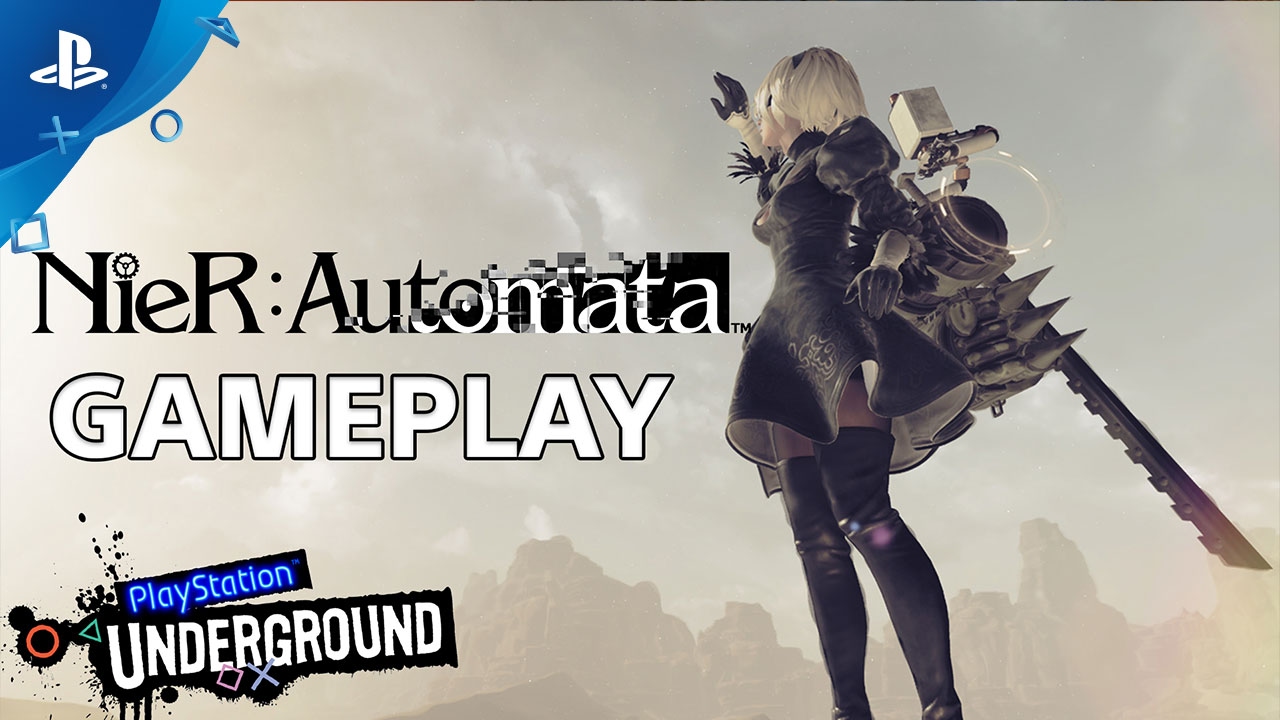 Nier: Automata is less than a month away, coming out on March 7 in the US. What better way to compliment the excitement than by showing off more of what awaits you in game!

PlatinumGames is adding to its pedigree of action games with Nier: Automata, but let’s not forget that there are also elements in this game that any RPG fan can appreciate, combined with unique twists in this incredible, post-apocalyptic world.

Questing
The 14th Machine War is upon us, and that means other androids need help. Things break, things go haywire, and as a member of the elite YoRHa squad, it’s part of your job to aid the Resistance and do what’s necessary to win the war. Aside from the main storyline, you will find hubs that provide plenty of side quests to enrich your experience as you attempt to reclaim the planet for mankind.

Exploring
The world is in ruins, but that doesn’t mean there aren’t hidden caches strewn across the harsh, dystopian landscapes. The game is open world, and with double jumps, mid-air dashes, and super speed, 2B can reach heights and treasures that no mere human ever could. 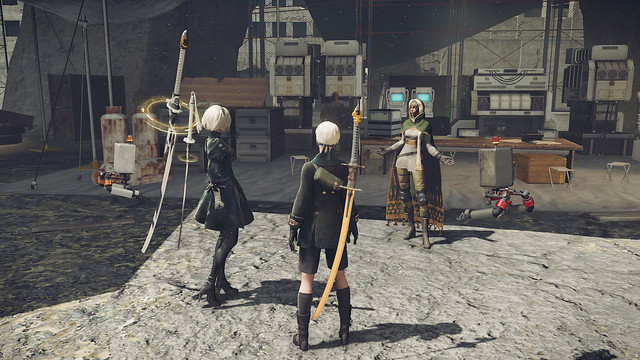 Mankind has fled to the moon… but life is not completely gone. Yes, don’t forget about the wildlife that inhabits Earth! Using special items to lure them, you can mount creatures to traverse the world and even attack your foes until they’re scrap metal.

Battling
I’ve always loved games that let you dual wield weapons. Sure, sword and board is nice and classic, but there’s just something so awesome about carrying two deadly weapons and swinging them carelessly at your enemies. 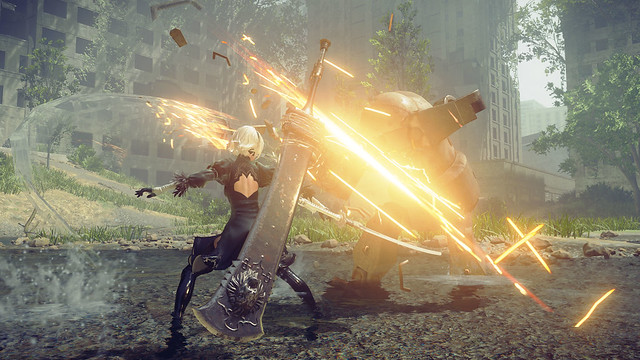 Players can interchange freely between four different weapon types during battle. The scope of action goes even deeper by switching between weapon sets and charging your attacks.

Powering Up
Being what you are, an infantry android who’s programmed to destroy machine lifeforms, you are able to power yourself up in a multitude of ways.

Powering up means more than just leveling. The higher level you are, the bigger the boost to your hit points, defense, and attack power. But, with plug-in chip upgrades, 2B can gain new skills that you’ll need to survive against the machines.

Living, Dying, Living Again
You are an android. So when you die, what happens? Your memory and data are uploaded into a new body and redeployed into the fray. If you return to where you died previously, you will encounter your former body. At this point players can do one of two things:

If players attempt to repair, they could be successful and reactivate the body to help in battle. Players can also be unsuccessful, as the body may have become corrupt, causing it to become hostile. If players defeat their former selves, they gain an enhanced bonus. 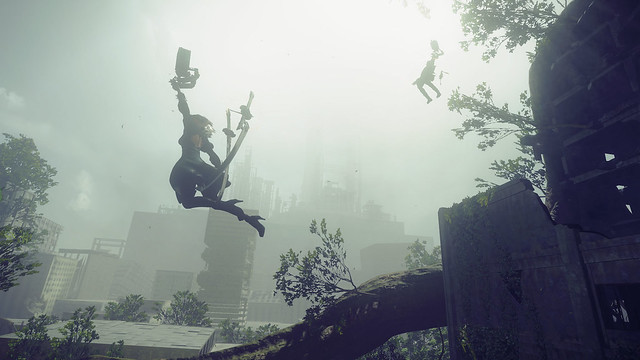 We hope you thoroughly enjoyed watching us play Nier: Automata on PlayStation Underground. If you want to try it right away, you’re in luck! There’s a free demo live at PlayStation Store for you to play to your heart’s content.

We want you to know we’re reading all your messages and we’re extremely excited for you to play the game! In the meantime.

Our friends at PlayStation.Blog EU have even more details on Nier!