For Honor: 5 Ways to Crush the Competition

For Honor launches February 14 on PS4, but if you’re eager to get a head start on swinging steel as a knight, samurai, or viking before then, the open beta is free to all players on PS4 today through February 12. And it packs in more features than any of the tests before it.

The open beta features nine playable heroes (out of a total 12 available at launch), as well as a new game mode, Elimination, which pits two teams against each other in a best-of-five, four-on-four match with no respawns. Teamwork — and moving quickly to revive downed players — is an essential part of victory here, so we strongly encourage you to stay in constant communication with your teammates. It’ll also give you an edge in the other available modes: Duel (1v1), Brawl (2v2), and Dominion, a four-on-four match in which two teams fight for control of a huge battlefield.

If this is your first time playing For Honor, adjusting to the unique flow of the Art of Battle system may take a little time — but we’ve got a few useful tips to help you get started:

Switch Stances Frequently
You can raise your weapon to automatically block attacks from the top, left, or right — and your enemies can do the same. Keep an eye on your opponent’s stance (indicated by the arrows hovering over them) and match it to block attacks, or quickly switch to a different stance to cut around their guard.

Different Heroes, Different Abilities
Each of the nine available heroes in the open beta have a different feel, different attack combos, and special abilities that make them an asset to their teams. The Warlord, for example, can keep enemies at bay by blocking in all directions at once, while the Peacekeeper can cut foes so they bleed out gradually. Also, bear in mind that the Peacekeeper and Orochi only maintain their stances for a few seconds, so stay engaged and keep their guard up if you’re playing as them. 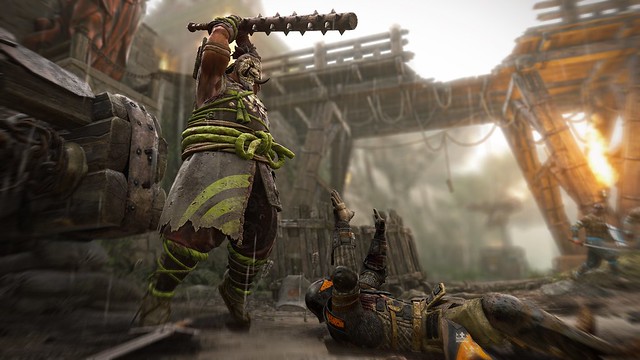 Communication is Key
This is especially true in four-on-four matches. Players who coordinate attacks on territories in Dominion matches and call out for help when they’re outnumbered have a better shot at victory than those who bunch up or strike out on their own.

Use the Environment
Are you locked in combat near a cliff? Maneuver your enemy near the edge, break their block, and throw them to their doom for a quick victory. Also, keep an eye out for spiked walls and other hazards, which can deal damage or instant kills if you shove an opponent into them. 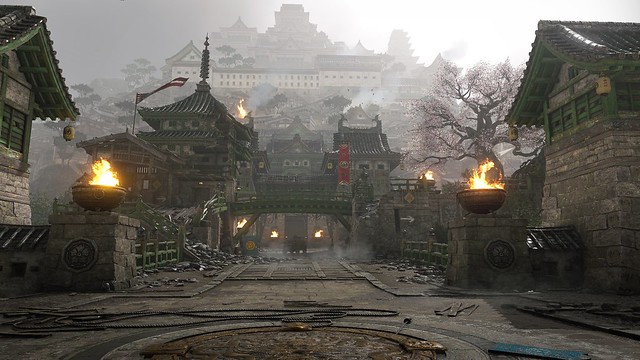 Don’t Forget Feats
Each Hero comes with a selection of Feats, special items and abilities that you earn through combat. Some of these are passive buffs, but others can blind enemies, heal your wounds, and call down arrow or catapult strikes to immediately turn the tide of battle. Keep an eye on which ones have unlocked and use them when you can.

The open beta will also continue the War of the Factions competition started in the previous closed beta. The War of the Factions is a metagame that asks you to declare allegiance to one of the three factions at the outset, and then counts every battle you fight and victory you win toward your faction’s eventual success.

The Vikings are in the lead now, but if you can wrest their victory away (or ensure it) when the open beta ends, you and your faction will win in-game rewards that will carry over to the full version of For Honor when it hits PS4 on February 14.

The open beta action starts today, so sharpen your steel and get ready to charge.