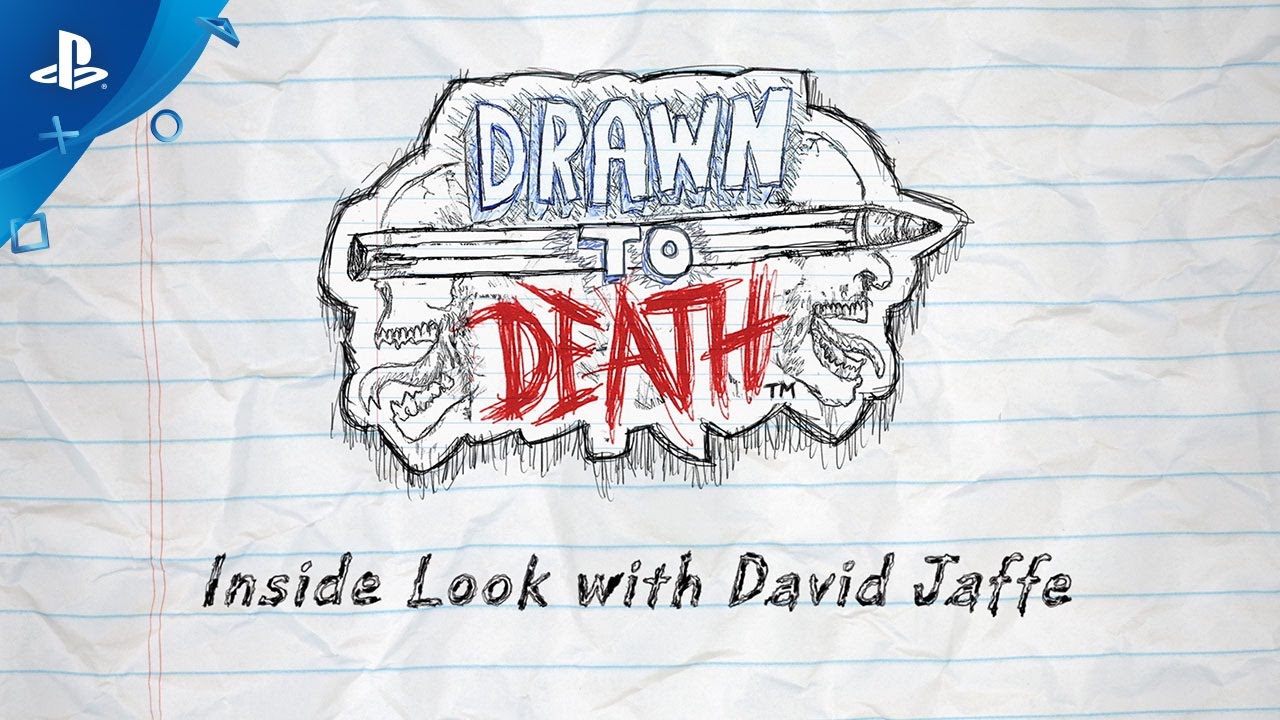 The fast-paced, highly stylized shooter Drawn to Death is coming to PS4 on April 4. Before we all dive headfirst into a high-school teenager’s sadistic imagination, I touched base with renowned designer David Jaffe himself to learn more about his latest project, and how much of his own experience was woven into all the chainsaws, ninja sharks, and gunslinging demons.

Plus, our latest trailer for Drawn to Death explores the significant contribution players have had on the game’s design.

How would you compare Drawn to Death to other character-based shooters?

David Jaffe: There are lots of hero shooters popping up these days, but Drawn to Death is unique. Obviously it looks unique, but also — and more importantly — it feels unique.

The “time to kill” is long in Drawn to Death. Like, really long. We do this because we want players to have more chances for chases across the maps — where tables get turned and map knowledge allows hunted players to become the hunters. 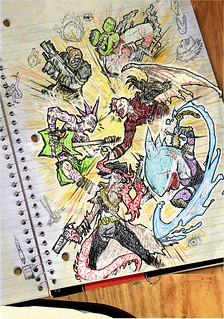 Our game modes only support four players. Sometimes when people hear this they don’t like it. But for us, it’s a strength of the game. A high “time to kill” and too many players in a match ends up making a lot of shooters feel chaotic and random. We wanted Drawn to Death to play differently.

We want it to be super fast (And it is!) but not so chaotic that you can’t track what you need to track. For us, it’s imperative that Drawn to Death players are able to focus on specific enemy behavior. One of my favorite things in Drawn to Death is when I start to learn how a specific player on the battlefield is playing and I adjust my playstyle to that person. This is very hard to do when you’ve got lots of players to worry about and you’re dying every 45 seconds.

Drawn to Death is rooted in high school escapism and a sense of adolescent fantasy. How much of that comes from your own personal experience? How much is inspired by others?

David Jaffe: I couldn’t draw when I was growing up (and I still can’t), but as a kid I was always sketching and doodling in my notebook during class. I’d draw superheroes, aliens, monsters, and pretty much anything geek centric — it got me though a lot of boring lectures and stirred my imagination!

And I’m happy to say that we had a conference recently with my oldest kid’s science teacher and she was complaining that my kid is doodling away during class when she should be paying attention. Was I proud? You bet I was! 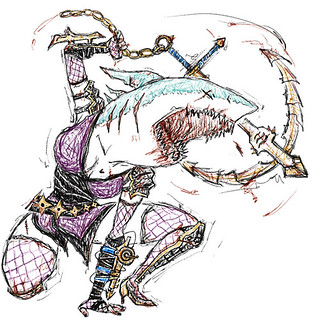 Could you (Possibly!) pick a favorite character? What about his or her design are you most proud of?

David Jaffe: I’d say it’s Ninjaw. And it’s because I love all of her unique mechanics. She’s got a grapple that lets her fly across the level, she’s got backflips that let her leap away from danger, and she can create protective shields in the air.

I love mixing those together, making Ninjaw grapple into an enemy to damage them and then backflipping away from the enemy while putting an air shield up to protect myself. Ninjaw can also throw sharks at bad guys, she can anchor opponents in place, and she can even see the weaker enemies on her radar and target those who are close to death.

But I love all the characters. They’re like our kids!

I love playing with a weapon called The Shaxe, which is a cross between a shotgun and an axe. Every time you do a certain amount of damage with the weapon, a giant, rusty axe blade pops out of the gun’s barrel. But what do you do with the blades? Well, there’s a mini-game where you have to pull this starter cord — like on a lawn mower — at the exact right time to get the axe blades to start spinning. Once they’re spinning, you can fire the blades and do a ton of damage!

Now a lot of people would say, “That’s too much work!” And for those players, they’d be right — which is why there are lots of fire-and-forget weapons in Drawn to Death. But one of the things I love most about our game is how there are lots of ways to play it, depending on your style.

How were you informed by your previous games when directing Drawn to Death?

David Jaffe: God of War taught me that play mechanics are why I love making and playing games. I understand and respect that not all players feel this way. But for me, the more I do this work and the more games I play, the more I realize I love and admire games for play mechanics.

Drawn to Death is really a reaction to that. Yes, the game has story and characters, but Drawn to Death is so much more about play mechanics — more than any other game I’ve done. I think you see that trajectory away from storytelling and toward pure mechanics in the games I’ve gotten to work on since God of War.

What’s the most important thing to you as a designer to encourage players to keep coming back?

David Jaffe: Persistence is crucial. But at end of the day, it’s about giving players the feeling of fun so that they’ll want to return and have that feeling — dependably — again and again. That’s why I love mechanics-based games so much. When you do it right, you’re basically giving people the emotion of fun on a regular, dependable basis! How amazing is that?! 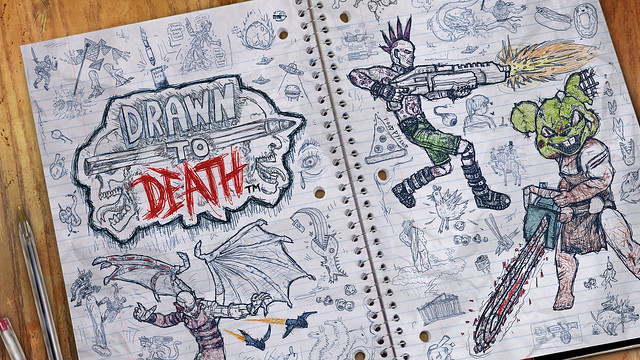 How do we create that feeling of fun in Drawn to Death? We make sure the game gives players the sense that success or failure in a match was up to them and their choices. So if a player loses, they’re able to easily comprehend the moment to moment of the game well enough to have a good idea of what they must do to improve. And that way, when a player pulls off a win, they feel it’s because of their mastery of the game. Because it is!