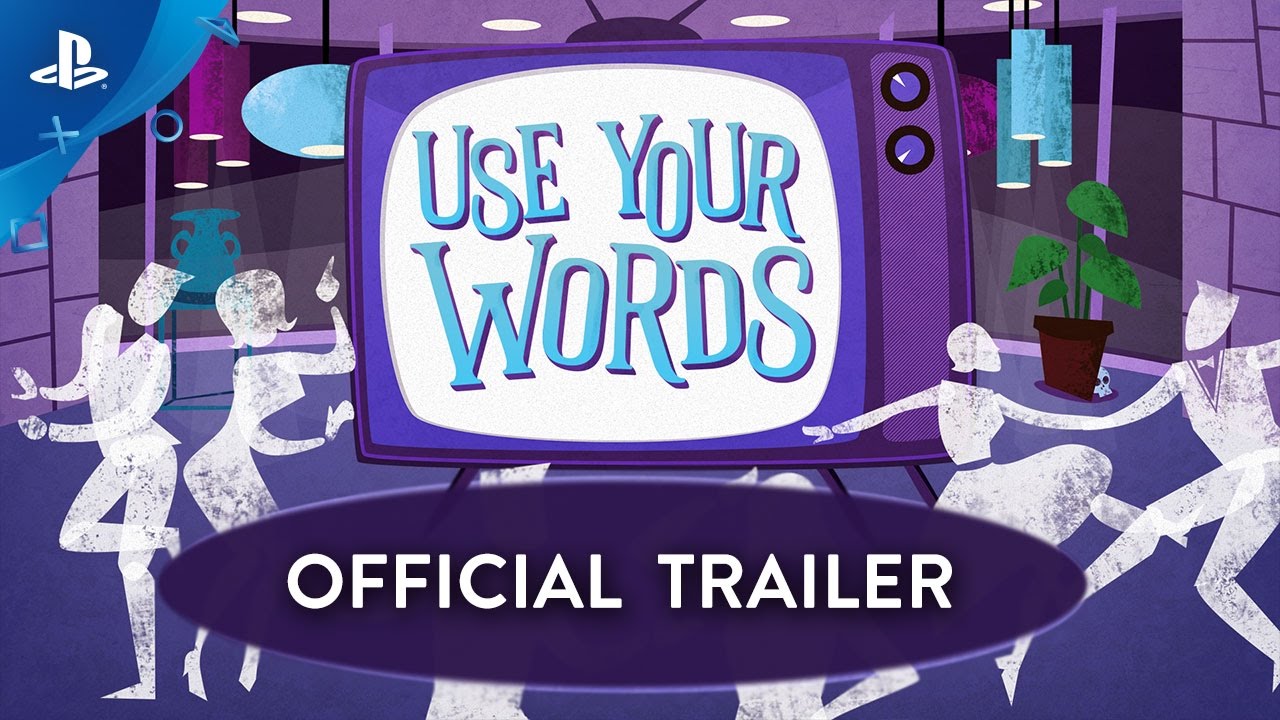 “The only honest art form is laughter, comedy… you can’t fake it.”
-Lenny Bruce

In 2015, my friend Julian and I set out to create “a party game for funny people and their unfunny friends.” He had developed plenty of games up to that point, whereas I had developed exactly none. Today, we’re preparing to finish Use Your Words on PS4. And we’ve learned more along the way than we ever imagined.

I should explain how Use Your Words works: in short, the game sets up a joke and you produce a punchline. If another player chooses your answer as their favorite, you get points. Players typically gather around a TV and use their smartphones or tablets for input (rather than traditional controllers). Nowadays, playtesters usually start laughing early on and keep laughing throughout the game. But it took us a while to get there.

But the Arkham series made it fun and easy to do the hard work of being the Dark Knight; similarly, a comedy game “for unfunny people” must create a fun environment where it’s easy to crack off hysterical, gut-busting jokes.

The Illusion of Safety

Anxiety has a way of locking up the “improvised comedy” part of the brain, so we paid attention to the places where players got anxious. They didn’t like to be rushed in writing their punchlines, so we fiddled with the timer. 60 seconds felt too rushed, but we didn’t want to slow the overall pacing too much, so we raised it to 90 seconds. Suddenly, with the perceived safety of extra time, most players finished their answers in under 60 seconds! We continued finessing the timer, but the big lesson was that additional writing time creates the illusion of safety, which allows a player’s sense of humor to come out.

Another part of our safety net is what we call the “House Decoy.” In our original prototype, players who couldn’t think of an answer simply didn’t get to participate. This made some players feel left out or even stupid. So we created a system where a player can use one of our prewritten “house answers” as a decoy and receive half-points if other players vote for it. Many players never even use this feature, but again, the perception of a safety net gives many players the confidence to take a big leap and write their own original answers.

Comedians sometimes test out new jokes at open mic nights. If a new joke kills, it stays; if it flops, it gets thrown out. At a certain point, we began treating prompts this way. Some of our prompts immediately “killed” and, for whatever reason, inspired funny answers. Other prompts left players stumped or led to bland answers. We made a rule that once a prompt flopped twice, it would be cut forever. Because of that rule, we’ve only kept a few hundred of the more than 1,000 prompts that we’ve produced. But every time we cut a lackluster prompt, the fun becomes that much more consistent.

As we put the finishing touches on Use Your Words, our little dev team comes closer and closer to the day when a total stranger will boot it up and experience a little show we created — a show which happens to put that very stranger in the starring role.

And if all goes according to plan, they’ll step into the spotlight, grab the mic, and kill.