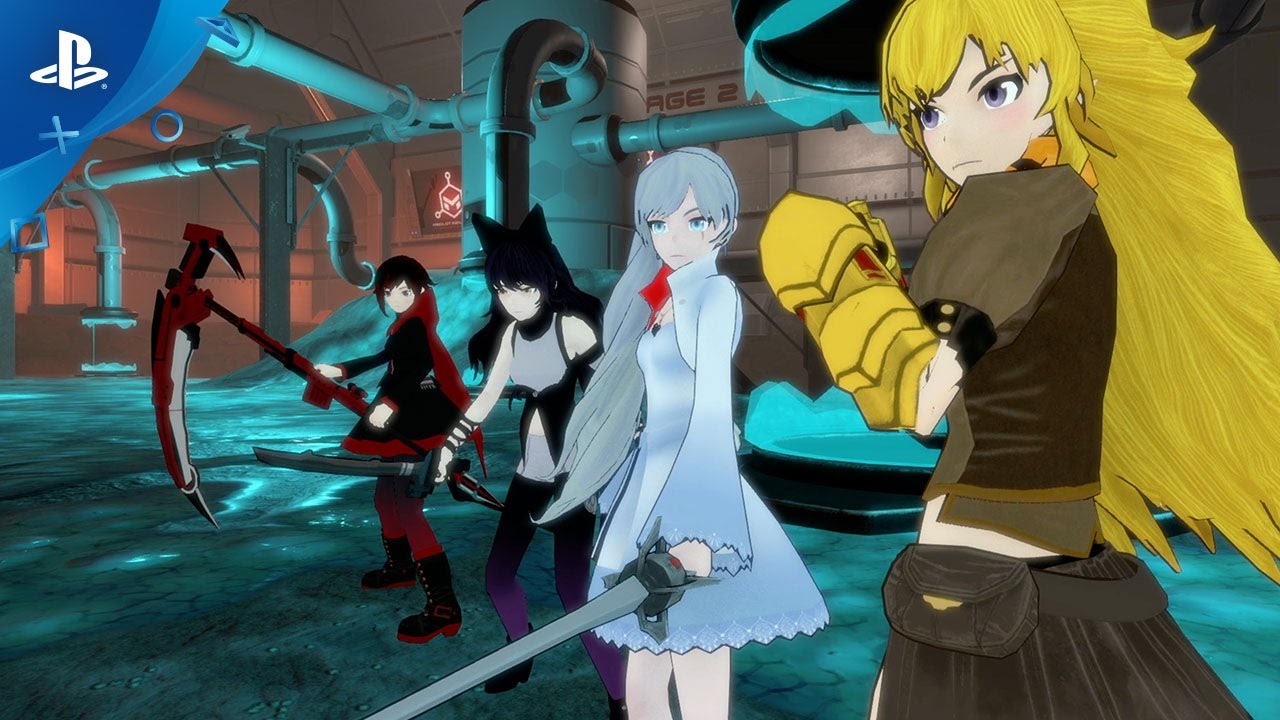 From all of us here at Rooster Teeth Games, we are extremely excited to announce RWBY: Grimm Eclipse is launching January 17 on PS4!

That’s right! In partnership with our friends at Panic Button, we are finally bringing the non-stop action of RWBY: Grimm Eclipse to your living room.

RWBY: Grimm Eclipse is four-player, online hack-n-slash based on Rooster Teeth’s international hit series RWBY. Choose your favorite Team RWBY character and jump online with your friends as you explore a new storyline, new locations, new enemies, and a never-before-seen villain revealed in the game.

Each playable character has their own unique unlockable abilities and upgrades, giving you plenty of choices on the battlefield and lots of replay value. Take a break from the story campaign to conquer Horde mode, an intense co-op action-strategy mode where you and your team must defend security nodes from endless waves of enemies.

We designed the fast-paced combat to be easy to pick up, yet hard to master. Basic combat is split between light and heavy attacks with your Ultimate ability bringing the most damage. Depending on your playstyle and how you upgrade your character, you can choose from long-ranged attacks or up-close melee combos.

Here are a few tips to give you an advantage on the battlefield.

To make your experience even sweeter, we will soon launch Team JNPR as downloadable content. Team JNPR will come with four new characters, each equipped with an entirely new set of unlockable abilities and upgrades. Experience the story campaign in a whole new way with Team JNPR. Mix and match your new JNPR abilities with other Team RWBY players or even take them into Horde mode for RNJR mayhem.

But wait, there’s more! Our partners at Panic Button are also working on a series of dynamic Themes featuring your favorite RWBY characters, enemies, and locations. And as a special bonus, if you purchase RWBY: Grimm Eclipse in the first two weeks of launch (Jan 17-31), you’ll receive an exclusive “Grimm Beowolf” dynamic Theme that’s sure to add some fervor to your PlayStation.

We hope RWBY fans enjoy playing RWBY: Grimm Eclipse as much as we enjoyed developing it. We can’t wait to see you on the battlefields of Remnant!