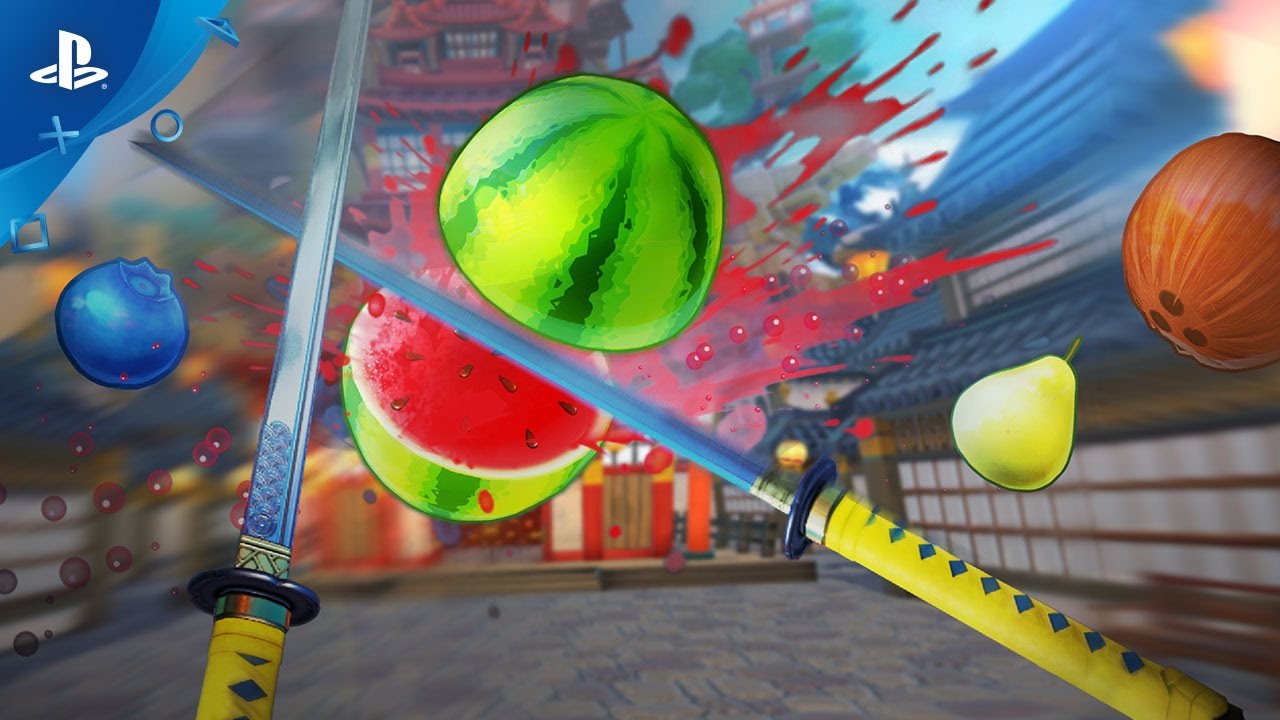 Picture this: a razor-sharp sword in each hand. A mysterious dojo in the background, and truckloads of fruit flying into the air, all for the sole purpose of becoming a mess-making ninja. It sounds simple. Too simple. But it works, and it’s fun, and that’s really all that matters.

The game is called Fruit Ninja VR, and I’m excited to announce that it’s coming to PlayStation VR today — just in time for Christmas.

Fruit Ninja was first released on mobile devices back in 2010, a magnificent time when touchscreen devices were still new and my voluptuous beard had slightly less grey in it. Since then the game has been downloaded more than one billion times and our team has continued to perfect it. We took that game and with the luxury of no real time pressure, the team went to town on perfecting this arcade game and recreating it for PlayStation VR.

Slicing fruit with your fingertips is one thing, but slicing fruit in virtual reality with PlayStation Move Motion Controllers is a whole new ball game. It doesn’t just “feel” good. It’s an amazing, visceral experience. I should know… I’ve spent more time waving my arms around like a madman than anyone else at Halfbrick!

Now, thanks to PlayStation VR, you too can enjoy this bizarre act without the expensive grocery bill. Think about it. Why convince a friend to pelt fruit at you when you can enjoy four addictive game modes — Classic, Zen, Arcade, and Survival — all from the comfort of your living room?

There are even crafty little helicopters that fire fruit and bombs at you to keep you on your toes. Good luck replicating that in real life!

To wrap it up, I have some spoilers to share. The team really did have the time to toy with this game and get every detail right. You’ll discover this as you slice, skewer, juggle, and flick fruit. A Fruit Ninja first has also made its way into the game: you’ll be able to interact with the famous spiralling bombs by deflecting and juggling them without them exploding.