A franchise doesn’t survive for more than 20 years without taking a few chances. Case in point: Resident Evil 4, which famously upended series tradition by shifting to an over-the-shoulder camera perspective and a more aggressive play style.

Now, with the series at another crossroads, Resident Evil 7 biohazard is going full-blown FPS, complete with an optional PlayStation VR mode. Based on the four hours I played last week at Capcom’s US headquarters, I think the new approach injects vitality and confidence into the iconic horror series.

To minimize spoilers, I’ll keep story details broad. You play as Ethan Winters, an everyman searching for his missing wife in the backwaters of Louisiana. Early in the game, Ethan is abducted by the Baker family, a band of degenerate locals who bear more than a passing resemblance to the Peacock family from that one episode of X-Files.

Before long, I was free to roam the claustrophobic hallways of the Baker estate, a sprawling house that radiates sickness and contamination at every turn. Animal carcasses festoon the walls, every surface is encrusted with gore. It’s a carnival of carnage. 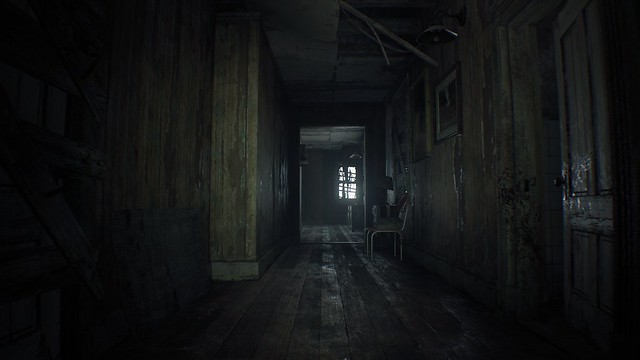 Despite the new FPS gameplay style, Resident Evil 7 is still a proper survival-horror game. You’ll encounter doors “locked from the other side,” fret over which weapons and supplies to bring into the field, and solve environmental puzzles using artifacts like the trusty Crank. One welcome detail comes in the form of mixable chemicals, which you can combine with herbs, gunpowder, and other items to craft precious supplies in the field.

Enemy encounters (again, I’m trying to stay broad here) are tough and tense, thanks to scarce ammunition and unnervingly persistent A.I. design that sees members of the Baker family freely stalking the halls in ways that reminded me of the xenomorph from Alien Isolation. 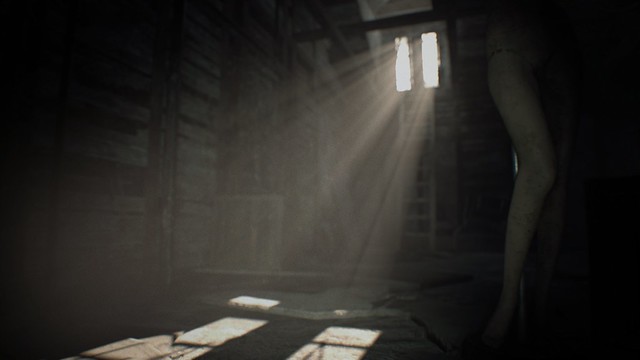 I was also pleased to see Capcom experiment with new narrative devices, including VHS tapes that allow you to see — and play — the story from the perspective of other characters. All the while, a mysterious informant checks in on you via phones scattered throughout the house.

Even though I was only able to play on a standard HDTV, it’s easy to see where PlayStation VR will bring a disturbing new dimension to an already stellar-looking title.

Resident Evil 7 biohazard releases on PS4 this January 24 — after my hands-on play session, I’ll be counting the days.