Let It Die: Out Today on PS4, Survival Guide 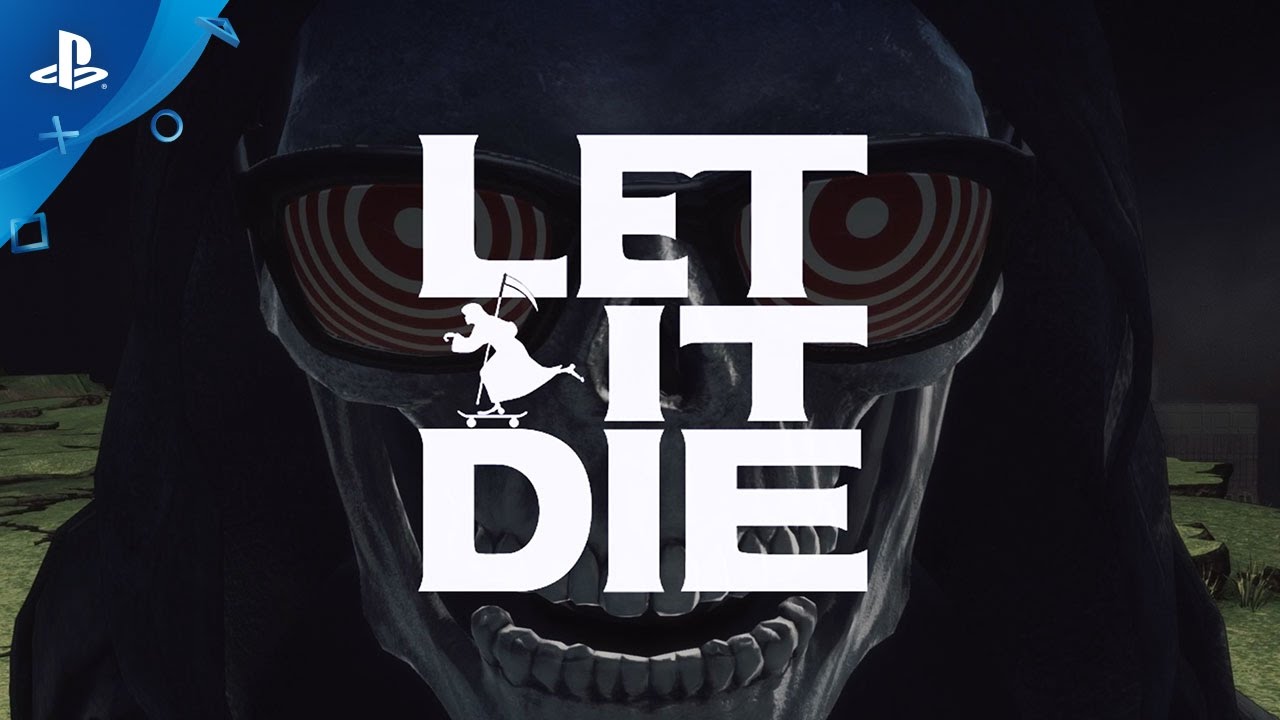 Let It Die is out today, and if you want to survive in a world where your biggest mistakes literally come back to haunt you, you might need a helping hand. Today’s blog will focus on the little tips and tricks that make the difference between life or death in Let It Die.

The first time you get in a fight and start mashing buttons, you’ll probably realize you’ve made a huge mistake when your heart starts pounding so hard you need to take a breather. While that situation will likely end in a violently unpleasant death, there are other less obvious reasons to avoid mindlessly hammering away at your controller. Though Triangle and X are not direct attack buttons, they can lead to some of the most devastating and effective maneuvers a Fighter can perform.

If you manage to sneak up on an opponent undetected (by crouching with L3 and slowly approaching from behind) you can perform a powerful suplex. While this may not be news to fans who’ve seen our Let It Talk video series, you might not have noticed that once an enemy is prone, you can actually walk over to their body and press X again to perform a rather unsportsmanlike stomp attack. 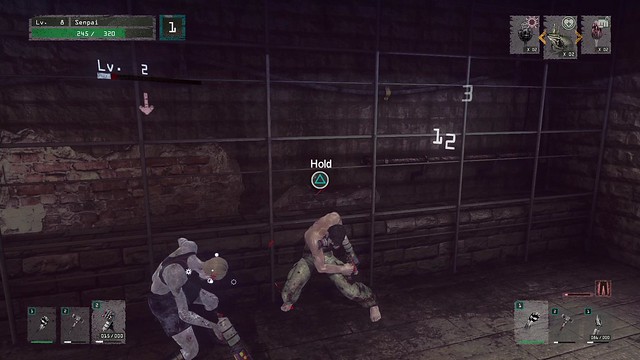 Finally, if you run for long enough, you may notice a button prompt that allows you to perform a high-risk, hilarious drop kick. Use at your own peril and remember you’ve got more tricks up your sleeve.

During a typical round of fisticuffs with a Fighter character, you may notice your opponent getting a bit groggy. If you keep mashing away, you’ll miss the opportunity to perform the almighty Goretastic finishing move, which renders foes noticeably dead. Unlike your typical “Triangle + attack button” Rage moves, these don’t consume your Rage. With these techniques in mind, be sure to keep a cool head and watch for opportunities to overwhelm your enemies.

Frogs, mushrooms, pants, barbed-wire baseball bats, and… cotton? There’s no denying it, when you’re climbing up the Tower of Barbs, you’re going to find a lot of weird stuff, and some of it may not seem useful. Rest assured, each item has its purpose, and each one can help keep you not dead just a little longer. 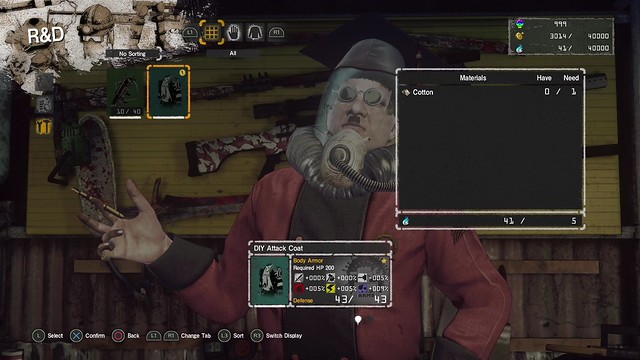 Keep an Eye on Your Gear

That old expression about things not lasting forever holds just as true in Let It Die. It’s important to watch durability as well as ammo because if you don’t, you’re going to have a bad time. Having your hammer shatter in the middle of a combo renders your follow-up attacks far less effective. Similarly, having your armor shatter at the beginning of an enemy’s combo means you’re about to take a whole lot more punishment.

If you can see you are about to enter a violent melee, it’s probably wise to switch to your freshest gear for maximum efficiency. And remember, gear crafted via the Chokufunsha Shop at your Waiting Room will always be more durable than gear looted from your fallen foes.

Understand When It’s Time to Leave

If you’ve been grabbing everything and keeping an eye on your gear (as recommended above), this final tip should come as a natural conclusion: when you find a new elevator, take it back to your Waiting Room to prevent losing most of the progress you’ve made since your last visit. When you return to your Waiting Room, your precious Kill Coins and SPLithium your Fighter gathered are sucked up into the Mingo head and deposited into their respective banks and tanks for safe keeping.

Kill Coins have various uses, and SPLithium is the only way you’ll be able to research and upgrade gear. You should also stop by the Chokufunsha shop to drop off any blueprints you’ve collected and start researching something if you haven’t already. We cannot emphasize how important crafting is to adding to a Fighter’s overall strength and survivability in the tower. 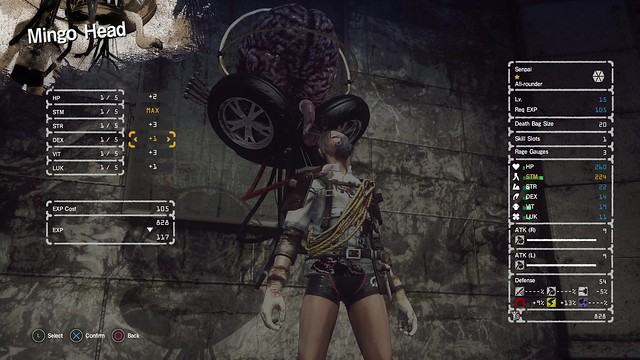 You can also use the Mingo Head to actively (not automatically) distribute levels and boost specific parameters of your Fighter character, but keep in mind that each stat will eventually max out. When this happens, your current Fighter has reached its full potential and you should start keeping an eye out for a better one to show up for purchase at the Fighter Depot. Over time and progression through the tower, higher-grade fighters with higher level caps and base stats, along with a variety of specialties, will become available.

Finally, since you’ve only got so many slots to hold new stuff, you may want to drop off extra gear in your item storage locker. And with that, you’re ready to start your next romp through the tower. You can even pay some Kill Coins or use the VIP elevator to start from higher up in the Tower to minimize backtracking.

While returning to your base may throw off your groove, just keep in mind that dying means you lose everything you’ve accumulated on your current run. And with that heartwarming reassurance, it’s time to download Let It Die and start your climb to glory!