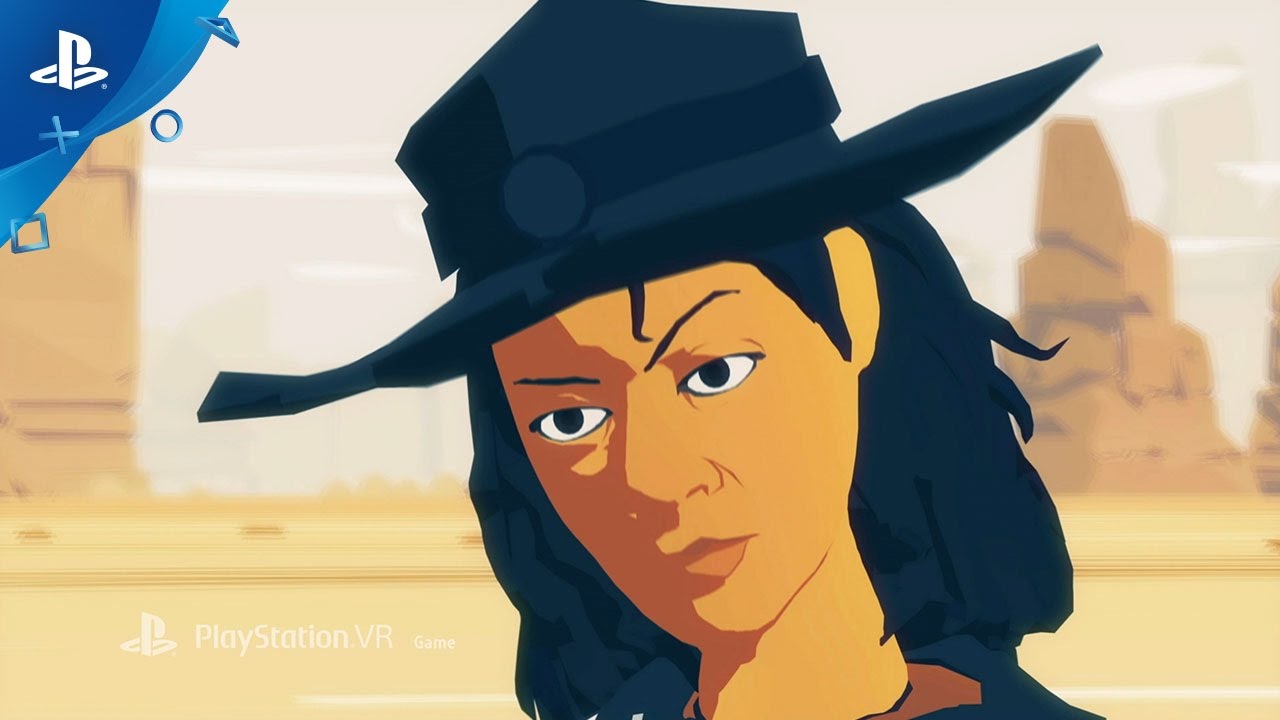 We were thrilled to announce and show off our new PS VR game for the first time at PlayStation Experience 2016!

Dino Frontier lets you build and manage a frontier settlement in a world where the Wild West and Jurassic eras collide. You assume the role of Big Mayor overlooking your settlement in tabletop-scale VR. You must carefully balance resources while growing your town. All the while, wild dinosaurs roam the land acting as both dangerous foe and tantalizing asset.

There’s something magical about looking down at a virtual world full of tiny people bustling about. With Dino Frontier we go a step further, letting you reach in and pick them up. As Big Mayor you’re tasked with assigning settlers to optimal resource gathering jobs while making sure they stay happy, healthy, and fed.

Dino Frontier is a light simulation where settlers act semi-autonomously to fulfill their wants and needs. When sufficiently hungry, tired, or hurt, settlers will stop work to seek out a fix for their ailment. Or maybe they’ll just stop by the saloon to have a drink and cheer up.

Of course Dino Frontier wouldn’t be complete with just frontier settlers. You want dinosaurs! There are no bison or horses in Dino Frontier. Instead you get velociraptors, anklyosauri, triceratops, the mighty tyrannosaurus rex, and more.

Dinosaurs start as dangerous foe. Train your settlers well and those foes can become domesticated friends. Before long, your hunters will ride raptor steed. And your bandit-fighting sheriff will patrol with a trusty protoceratops sidekick.

In 2016 we released the critically acclaimed Wayward Sky as a launch title for PlayStation VR. With Dino Frontier, we’re building on our experience to make a second-generation VR game. Dino Frontier offers core gameplay to satisfy players eager for deeper VR gameplay.

Dino Frontier will be available for PlayStation VR in 2017. We can’t wait for you to experience all the Jurassic frontier has to offer!