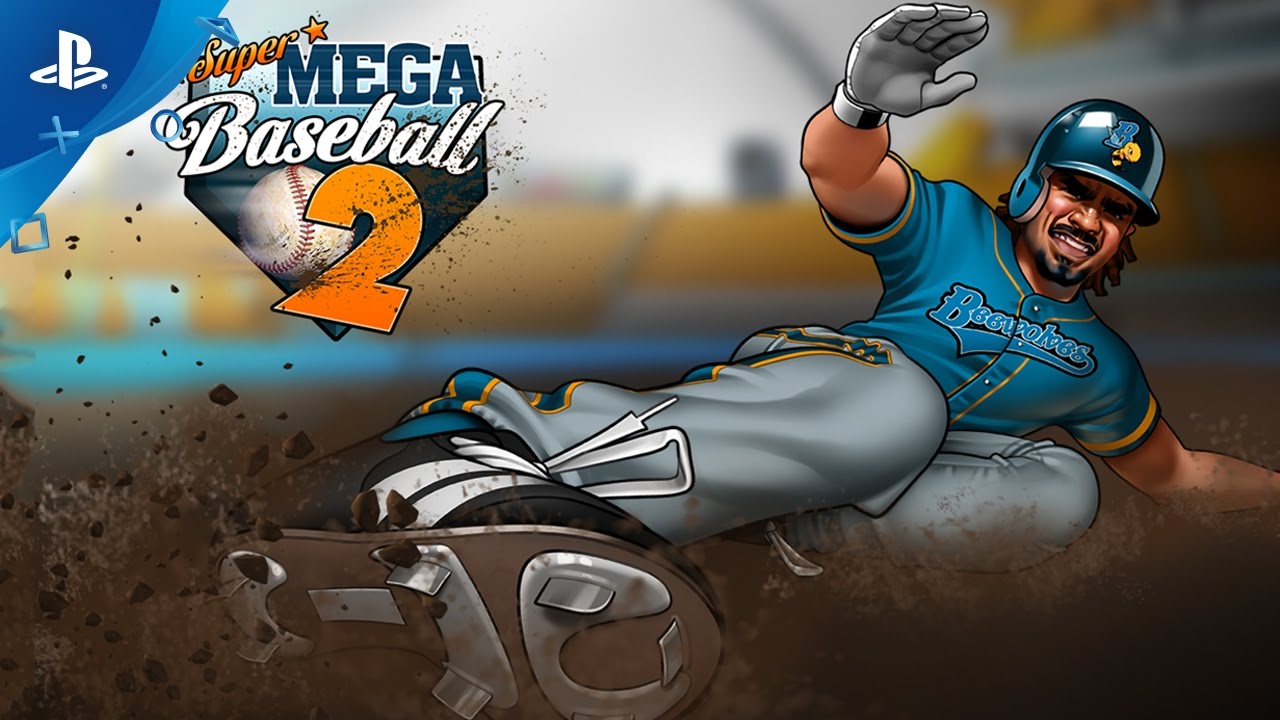 The last time I wrote a post here was to tell you about our studio’s first title, a new sports game by the name of Super Mega Baseball. It’s been an unbelievable two years since then, and I can’t tell you how lucky I feel to be back here to share some info about Super Mega Baseball 2, and the fact we’ll have the first publicly playable build of it on the showfloor at PlayStation Experience on December 3 and 4.

The design elements of the first game were arrived at largely through experimentation and gut instinct. This time around, we have a wealth of community feedback to work with. That feedback has translated into three main areas of focus for Super Mega Baseball 2: presentation, customization, and online play.

Expect to see more realistically proportioned and more detailed characters, a modernized interface, and a vastly improved lighting and material model (the technical term is Physically Based Rendering — all the cool kids are doing it these days). Think of the presentation upgrades as an initiative to make sure you have an easy time recruiting your friends to play with you.

Most notably, you’re now able to edit team names, logos, and uniforms. You can then take your custom teams and organize them into custom leagues of whatever size you like. Lastly, the customization options at the player level have been greatly expanded as well, perhaps most excitingly with the ability to customize player skill values, gear, and animations, like batting stances.

I’m not going to get into detail about Super Mega Baseball 2’s online gameplay right now as we have a lot of work on our plate still. What I will say is that the style of play you’re used to with Super Mega Baseball will carry forward into online play. It’ll be friendly to newcomers of widely differing skill levels via the Ego difficulty system, ruthlessly competitive for players who are up for it, and will maintain the game’s ultra-rapid pacing to ensure you can get a lot of fun out of even short play sessions.

Finally, we wouldn’t be so lucky to still be doing this without all of you that gave an unknown game from an unknown studio a shot — I hope you like what we’re doing with the next iteration of Super Mega Baseball, and ultimately have a blast playing it.

We’ll get more specific about a release date as we approach launch, but it’s looking most likely to drop in the mid-2017 timeframe.

We hope to see you at PlayStation Experience in December!