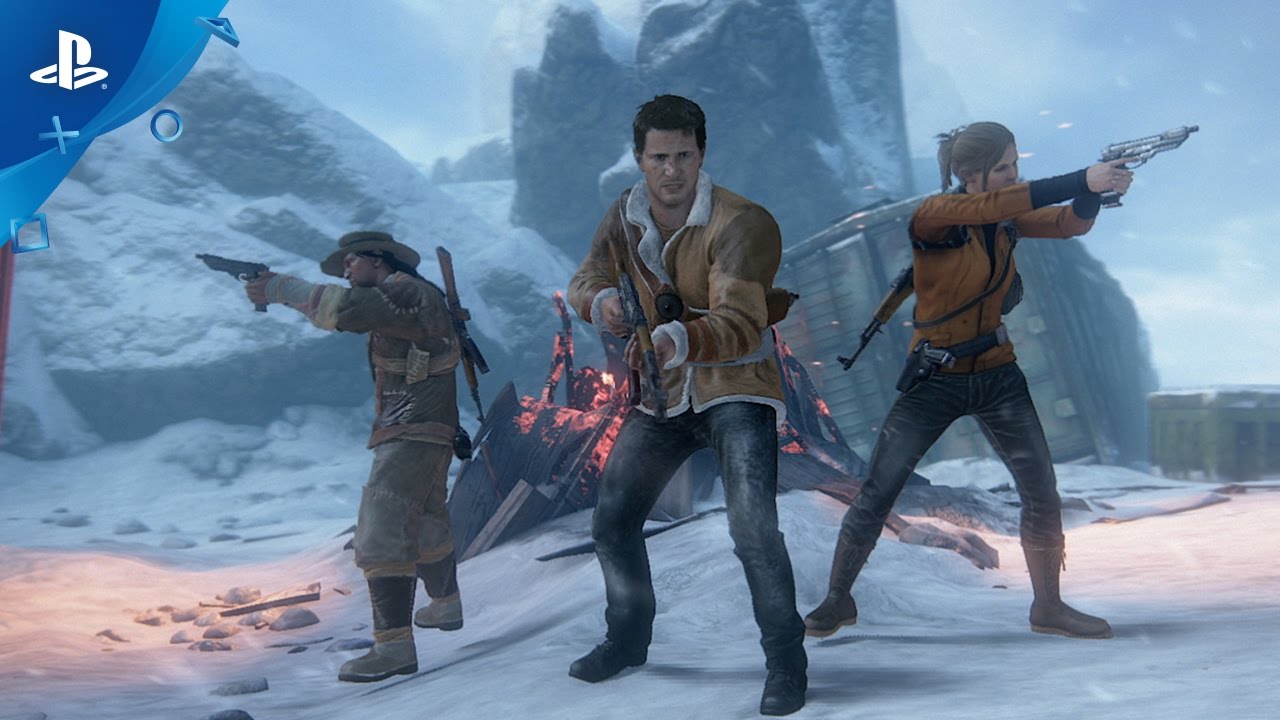 Since announcing it as part of our Uncharted 4 Multiplayer road map back in May, one of the most common questions we get is: what’s in store for co-op? Well, today I’m excited to give you a first look at Uncharted 4: Survival, our new cooperative and solo mode that will make its public hands-on debut at PlayStation Experience next week and launch in mid-December.

Survival is a wave-based mode where you and up to two additional friends can take on swarms of increasingly powerful enemies and unique objectives. If you played Co-Op Arena from Uncharted 2 and Uncharted 3, you’re going to feel right at home in Survival. We’ve built upon and evolved the core gameplay experience with an entirely new level of depth, challenge, and variety. From new enemy types and powerful new bosses to a dedicated progression system and expansive upgradable arsenal, Survival is all about strategy, camaraderie, and skill.

Across 50 waves and 10 maps, you’ll face off against Shoreline mercenaries, heavily armored Brutes, Snipers, Hunters, and more that will only get more precise, more aggressive, and better equipped as time goes on. Every 10 waves culminates in an intense boss battle, including our all-new Pirate Warlords. Inspired by the story of Uncharted 4, some of the Founders of Libertalia have arrived to hunt you down with powerful Mystical attacks. Don’t miss Adam Baldridge himself as the Djinn-wielding Warlord boss in the video above.

But Survival requires more than just dispatching enemies. To reach wave 50, you’ll need to work your way through objective modes where victory depends on defending a particular area, collecting treasures within a time limit, or taking out marked enemies. We might even throw a curveball at you from time to time, like when an active modifier makes it so only pistols, headshots, or melee attacks do damage to enemies. As you take out enemies and complete objectives, you’ll earn in-game cash, which can be used to unlock and equip weapons and gear via arsenal crates around the map. You can buy everything from Heavy Weapons, long guns, Mysticals, and more.

Survival also features its own dedicated progression system, Relic Challenges, and loadouts. As you rank up, you’ll earn upgrades for your weapons, as well as new items, such as Survival-exclusive boosters. There are also vanity items that can only earned by playing Survival, but can be used to deck out your character in both Survival and Multiplayer. Best of all, the challenge grows with you. Enemies will adapt to your increased firepower and there are multiple difficulties to choose from. Those that finish Survival on Hard Mode will unlock Crushing Mode, which as the name suggests, is the ultimate test of your will and determination.

But this is just a small taste of what to expect when Survival launches next month. To see more, be sure to check out IGN’s exclusive coverage and extended gameplay videos. And if you’re attending PlayStation Experience next week, come see us at the Uncharted 4: Survival booth to try out the mode for yourself.