Let It Die: Your Guide to Apocalyptic PVP

Just because it’s the end of the world doesn’t mean we can’t still have some good-old-fashioned PVP fun! The post-apocalyptic setting for Let It Die provides the perfect backdrop for competition and glory!

Once you’ve familiarized yourself with the Tower of Barbs and had a good chance to die a few dozen times, you may start to notice the world around you changing just a little. And in a very literal way, you may become your own worst enemy!

Haterfication occurs on death and it’s the process by which a player’s death data becomes an incredibly deadly AI opponent. These “Haters” can be seen roaming the world with noticeable gamer tags. This should act as both a warning sign to avoid a deadly encounter as well as a beacon of hope for exclusive, useful loot! If you can defeat a Hater, the process can be rewarding indeed. Haters generated by other players can provide exclusive items; whereas, defeating your own Hater allows you to return it to your storage freezer as a usable Fighter character. 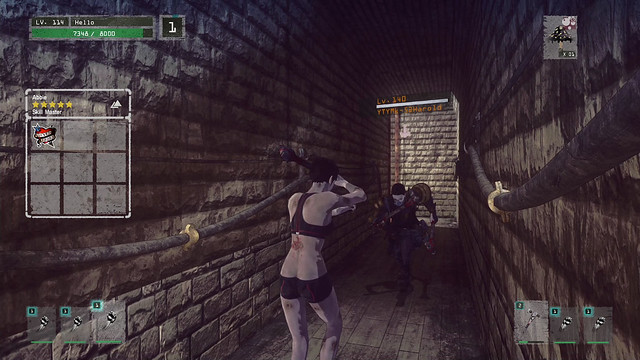 Haters provide an exciting challenge and helpful opportunity for resources, but they are just one element of the unique, asynchronous multiplayer experience waiting for players in Let It Die.

After progressing through the first few floors of the Tower of Barbs, players gain access to the insanely creepy robotic NPC, Tetsuo. This clunky, shuffling monstrosity offers players the chance to sign up for a team and start raiding enemy Waiting Rooms. During a raid, you can steal enemy resources (Kill Coins and SPLithium) and accrue points for your team by defeating enemy Fighters. 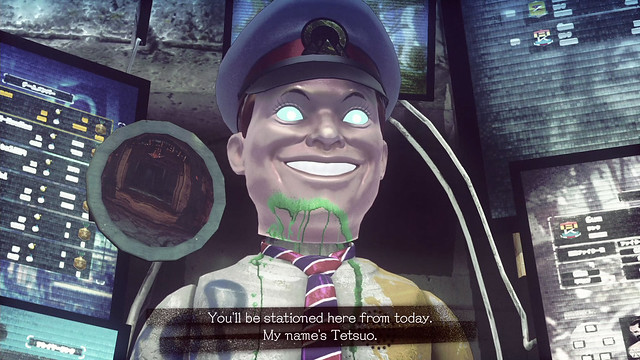 There’s also a chance that a Fighter you’ve defeated will be knocked unconscious, allowing you to pick them up and drag them back to your base. While captured, enemy Fighters will remain trapped in your bathroom and generate a set amount of SPLithium over time. They also become inaccessible to their original user until they pay a set fee or rescue them during a revenge raid. As you and other members of your team continue to raid Waiting Rooms (individually) and defeat other teams’ Fighters, your team rank will increase. Go for glory and help your team reach the top of the leaderboards while simultaneously boosting your personal ranking within the team.

So how do you defend your own base? First off, make sure your Fighters are the best! You’ve got your own personal meat locker meant for storing Fighter bodies. Be sure to buy powerful ones when they become available and go on a few Tower runs to beef them up. Earn some EXP, gather up resources, and head back to your base. When enemies come to attack your Waiting Room, they’ll have to deal with the Fighters you’ve set in place to defend your goods.

It’s important to build up multiple Fighters so you can go on your own adventures while leaving your home base well protected. Just as you’re able to snag your opponent’s resources, they can do the same to you. Upgrading your Buffalo Bank (Kill Coin storage) and SPLithium Tank will not only allow you to accumulate more resources, it will also increase their HP to allow them to survive longer during raids. 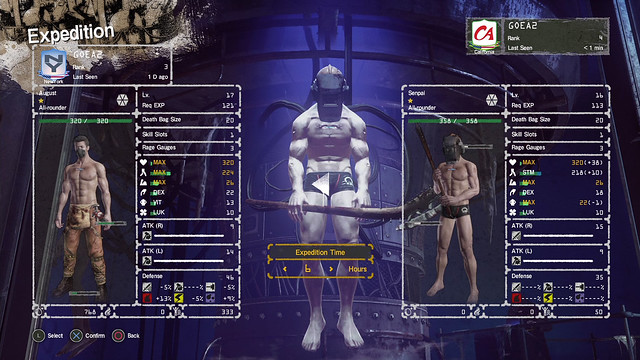 Finally, if you are starving for resources and reputation, you can send Fighters you have in storage out on Expeditions. When you do so, they show up in another player’s world as a Hunter. Like Haters, they are quite tricky to defeat. The primary difference is that they will wander your opponent’s world for a set amount of time gathering up all kinds of useful goodies. If they can kill your opponent’s Fighter, they will also collect SPLithium. This roaming period lasts until their timer runs out or the enemy player can defeat the Hunter. There’s no punishment for having your Hunter defeated early, so feel free to send them out as often as you like. Just keep in mind, if they are out hunting, they aren’t protecting your base.

And with that, you’re ready to start your quest toward infamy. Will you be the one to guide your team to the top of the charts? Climb the Tower of Barbs, build your army, and test your mettle.

This is how we Let It Die!