World of Tanks: Enhancing the Battle with PS4 Pro 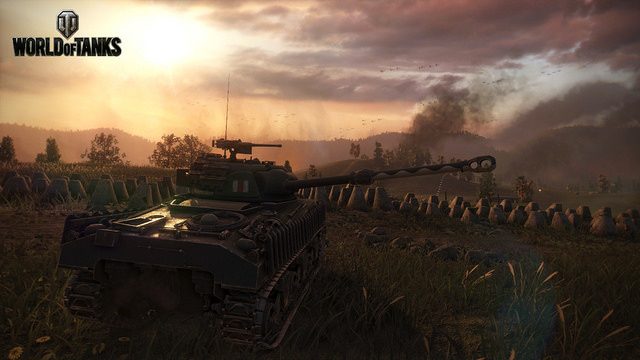 Hi Tankers. I’m TJ Wagner, Executive Producer for World of Tanks on console. I’m back to share some news for PS4 players. For those who haven’t played World of Tanks yet, what are you waiting for? The game is free and offers intense, online multiplayer with 15 vs 15 matches, and now is the time to jump in the game because it supports PS4 Pro!

It’s been nearly a year since we launched on PS4 and we are thrilled by the response we’ve received from this community. Over the past year we have added regular monthly updates including dozens of new features, maps, player requests, four new nations, and more than 200 new tanks. We are constantly improving and updating the game to bring you the ultimate tanking experience — and we won’t stop there.

World of Tanks was built initially to support future hardware platforms, so we are really excited for tankers to play World of Tanks on PS4 Pro. With increased resolution, support for High Dynamic Range (HDR) output, and smoother frame rates, tanks will look more realistic and vibrant, playing better than ever before.

While the game already looks fantastic on PS4, it’s jaw dropping on PS4 Pro. We’re rendering each frame at 3200 x 1800 resolution and the PS4 Pro does a high quality upscale from that to 4K which is 3840×2160 pixels. Tank and terrain textures are stunningly detailed, even up close. The already lush vegetation looks fuller and more natural on PS4 Pro due to the higher quality anti-aliasing.

There’s no question you’re going to want to play this on an HDR-enabled TV with your PS4 Pro. World of Tanks has always done its lighting in HDR and tone mapped the results. Now you’ll be able to see the true output of this lighting. HDR allows for a wider and more dynamic range of lighting and colors. You’ll see more detail in our HDR skies and physically-based lighting, particularly in levels like Siegfried Line War and Mines. The vibrant colors of the vegetation in the Karelia swamps are more intense and lifelike, and the water looks cool, blue, and inviting in its richness.

Wargaming is always dedicated to being at the forefront of new gaming technology, and the PS4 Pro is the perfect example of how we are bringing our games to as many platforms and players as possible. The team here at Wargaming is excited to add PS4 Pro support to World of Tanks and can’t wait to see what the future holds.

See you on the battlefield.