Soar Above Paris in Eagle Flight, Out Today on PS VR 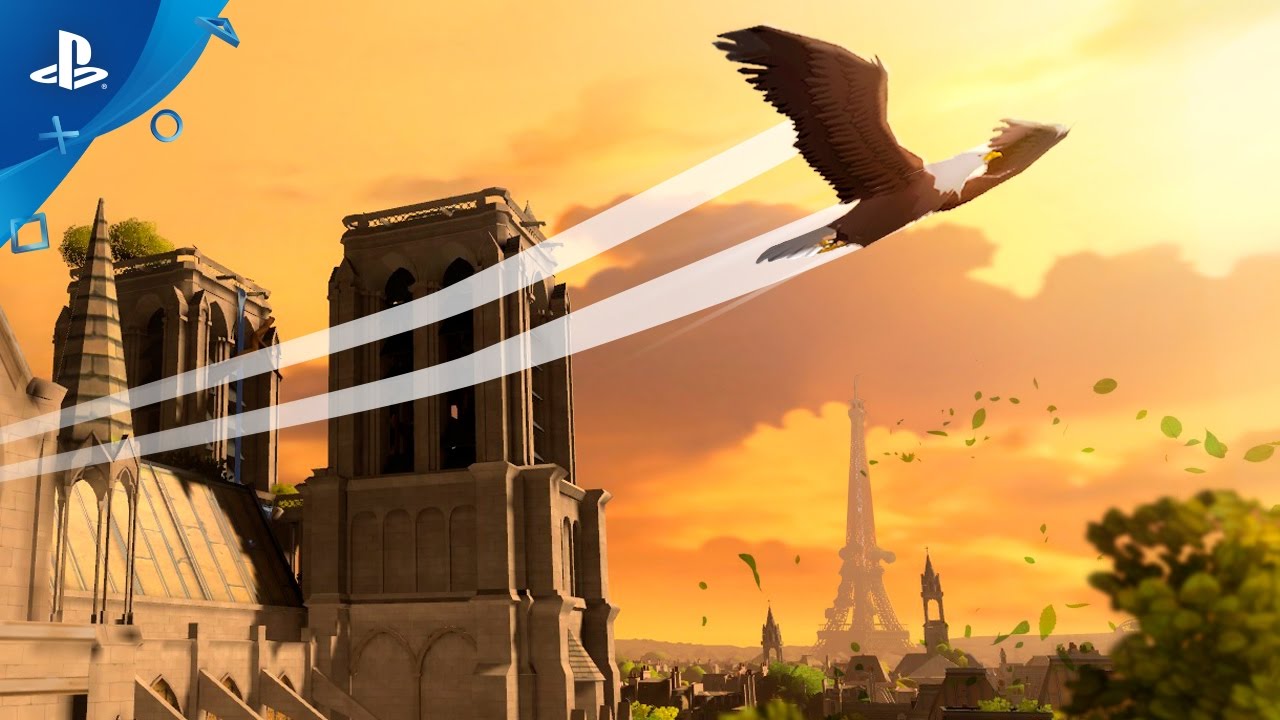 Eagle Flight was made from the ground-up for VR. Our team started with a prototype phase focused primarily on comfort and reactivity. This is where we discovered that flying was one of the most exciting ways to experience high-speed movement in VR. We created a brand new system of flying controls, using only the orientation of your head to create an amazingly smooth and reactive sensation of flight. From there, we were sure of one thing: this wasn’t a plane or a spaceship game… we needed something more natural. This was an eagle’s game and the first of its kind.

Eagle Flight allows you to experience the life of a bald eagle, in Paris during a time when the city was abandoned by humans and where Nature has taken over. In this city full of life, you will have to protect your territory, conquer new heights, hunt for food and fight with scavengers to protect your nest.

Developing on a new technology is always extremely exciting. With VR, we knew that the precision and the reactivity of the headset and its tracking would open new ways to play and interact. We knew that the revolution wouldn’t come from the pad, but from the headset itself. We weren’t wrong.

Our Game Director Olivier Palmieri took the lead of the prototyping phase of the game and with his team explored every parameter to see how we could take advantage of this new way of playing. By reducing inertia and allowing the player to use even the most subtle head movement to control the eagle, we created a set of controls like never before. Our VR flight controls are as natural as looking in the direction you want to fly. In just a few minutes, anybody can become an expert flyer!

We focused our multiplayer experience on one game mode: Capture the Prey. Using the classic rules of capture the flag, two teams (up to three players per team) have to fight to capture prey in the middle of the game and bring it back to their nest first.

Using your screech wave attack may seem difficult at first. You’ll need to plan where your target will be in order to aim correctly. That’s where your navigation skills can rebalance the match. I always try to get as close as possible to my prey before shooting. That’s also the whole thrill of the pursuit in the streets of Paris — it’s an incredible sensation. My advice: tail your target as close as you can and wait for the perfect moment to use your screech wave. It’s one shot, one kill. Missing is not an option.

Since the beginning of the project, when working on our multiplayer match design, the game designers wanted to make sure that all the abilities available were well balanced. Due to this balance, every attack or protection must come with a price. Your screech wave can kill a target with only a hit, and your shield ability can create barriers to attack. However, it takes a long time to recharge both of these. Timing is crucial in Eagle Flight, and with the fast action in game, it can make all the difference.

We’ve had so much fun working on Eagle Flight and can’t wait to see you all take to the skies!