Call of Duty: Infinite Warfare on PS4 Today, and the Return of a Classic 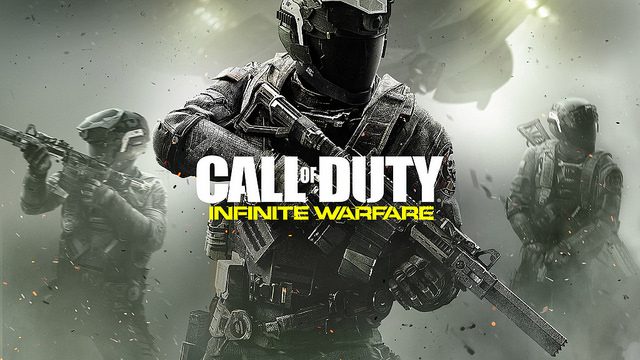 Could this year be any bigger? Not only are we launching out on a bold and exciting direction for the franchise with Call of Duty: Infinite Warfare but, with help from our good friends at Raven Software, we’re releasing a lovingly, painstakingly remastered version of our studio’s classic game in Call of Duty: Modern Warfare Remastered. It’s a fantastic year to be a gamer and even better year to be, or become, a Call of Duty player.

The single-player campaign of Infinite Warfare tells an old-fashioned war story with a rich cast of characters and an emotional narrative arc. We leaned into our studio’s heritage and designed some of our most epic battles in a gritty, grounded military setting ever. We wanted to land the performances so much that we built a brand new, state-of-the-art performance stage to capture our cast. We believe we landed it and created a remarkable story. We can’t wait to hear your thoughts and see your reactions online!

Of course, single player is just a part of what we developed this year. We added a ton of new features to create a multiplayer that’s uniquely suited to distinct play styles. There are layers of depth with Mission Teams, Crafting, Prototype Weapons, Combat Rigs, new equipment, new scorestreaks, and so much more. To help you get started with multiplayer, here are some pointers straight from Joe Cecot, our lead multiplayer designer:

1. Rigs are built around playstyles. The first 3 rigs unlocked are the Warfighter – Mobile Mid Ranger, the Merc – Defensive and the Synaptic – Run and Gun. Choose wisely.

2. The NV4 Assault Rifle is at its best when used at long range. Keep your distance and pick your opponents to pieces.

3. One of the first pieces of Tactical Equipment is the Personal Radar. Pop this outside of a fire fight to access on screen radar to help you locate enemy players.

4. Rigs are your Battle Suit. If your current Rig selection isn’t working you can hot swap mid match to a new Rig Payload and a new Rig Trait. Your Payload meter carries over!

5. Mission Teams are a whole new layer of progression in Infinite Warfare which allows you to unlock specific Rig Customization, Camos, Weapon Accessories, and Prototype weapons. Pay attention to your mission in the upper right. Completing missions ranks up your Mission team faster!

6. Directed Energy weapons are always moving ammo from their stock into their loaded battery. Unlock the Fusion Mag attachment to add a rechargeable battery that fill quickly without pulling from your stock.

In addition to multiplayer, our cooperative mode, Zombies in Spaceland will delight your retro and zombie-loving soul with its fresh and radical take on a zombie apocalypse happening in a 1980s amusement park. How long before the plethora of easter eggs we put into the mode are cracked? It’ll be exciting to see! Post up your videos and hints as we believe everyone will have to work together to get the full 411.

And of course, we are fully dedicated to supporting the game post release with new updates and content. For now, let’s celebrate reaching new heights with our launch! See you online!