Here They Lie: Our 13 Horrifying Inspirations

Since we last convened, Here They Lie has crawled out of the shadows and into the collective psyche of PlayStation VR acolytes. A nightmarish trip full of malevolent creatures, hallucinations, out-of-body experiences, esoteric realms, and existential questions — all created to get under your skin, keep you up at night, and leave you terrified about your insignificance in the vast universe.

Coincidentally, those are also all of the things I love about Halloween.

To help fuel your Here They Lie Halloween nightmare even deeper, I’ve prepared 13 (my favorite number) recommendations of books and films that were big influences throughout development.

Check them out at your own risk…

13.) The King In Yellow — Robert W. Chambers
The King In Yellow was written in 1895. It’s still scary as hell. My definite go-to for early supernatural and cosmic horror. An inspiration for the dark, symbolic, occult overtones in Here They Lie, as well as the Hanging Theater you’ll encounter in the city. What color is Dana’s dress again?

12.) Upstream Color — Shane Carruth
A beautiful, surreal, and extremely smart film. Upstream Color influenced the Dana character in Here They Lie, as well as the overall pacing and tone of the experience. The focus on foley and ambient tones were big influences on the sound design and musical score of Here They Lie.

11.) The Holy Mountain — Alejandro Jodorowsky
I’d say that this film inspired the symbolic journey the player makes in Here They Lie more than any other work. An interpretive work which pushes the viewer into thought-provoking scenarios — inviting you to take a step back and compare them to your own life, your own understanding, your own decisions. Sound familiar? 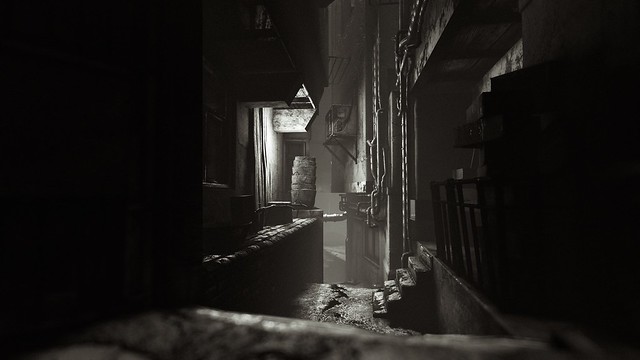 10.) Beyond The Black Rainbow — Panos Cosmatos
One of my favorite movies of all time, Beyond The Black Rainbow was a massive inspiration from the start of development of Here They Lie. The film’s usage of color, the strong composition of its shots, the slow plodding build-up of dread, and the raw, synthesizer-driven soundtrack were big influences for us.

9.) Funny Games U.S. — Michael Haneke
This is a unique film because (spoilers) the villain/murderer is also the director of the film. He takes control of the film directly at certain points, breaking the fourth wall and rewinding to prevent the victims from escaping. This technique, along with the creepy upper-class psychopaths in tennis uniforms, were a strong inspiration for elements of Here They Lie. 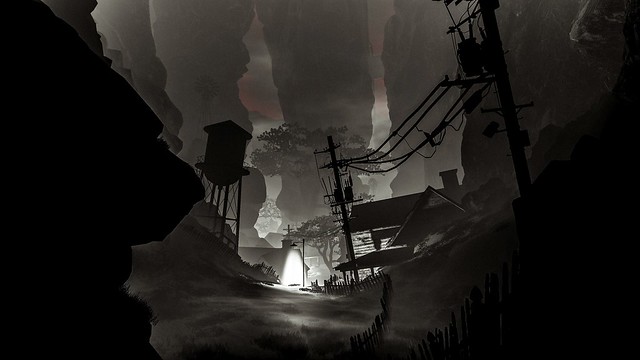 7.) A Scanner Darkly — Philip K Dick
Like many of Philip K Dick’s stories, this one asks some very strange and ultimately disturbing questions about physical reality, consciousness, and identity. He’s a master at lulling you into a false sense of security before unveiling the dark questions behind our existence.

6.) Eraserhead — David Lynch
We are huge fans of all of David Lynch’s work, but this film was a direct influence on our visuals and narrative in Here They Lie. A disturbing film for sure, but also a strange symbolic discussion of existential themes.

5.) Baraka — Ron Fricke
A beautiful work of cinematic art — Baraka was where we went for meditative inspiration throughout the development of Here They Lie. You can see and hear direct influences in some of the more surreal sections of the experience — like the scorched-earth desert space or the psychedelic boat ride in Here They Lie.

4.) Jacob’s Ladder — Adrian Lyne
Another huge influence for us on Here They Lie — Jacob’s Ladder reminds me of moments in real life when things just don’t quite add up… when you see a shadow or a shape just out of the corner of your eye. This film inspired the dark psychological journey in Here They Lie, as well as the Subway/Underground sections of the experience. 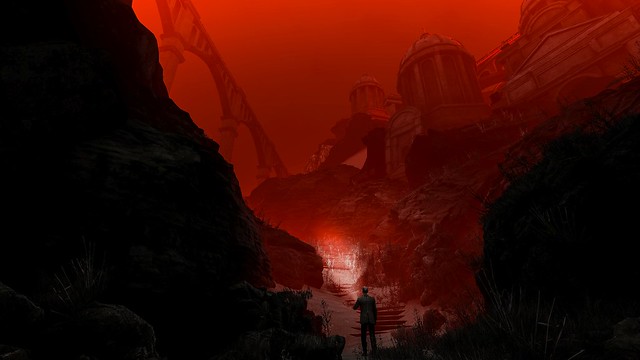 3.) Antichrist — Lars Von Trier
One of the most disturbing films ever created, but also one of the most beautiful, haunting, and dreamlike as well. Antichrist inspired the sequences with Dana, as well as the overall tone and symbology of Here They Lie. Careful with this one. Seriously… I warned you.

2.) The Dream-Quest of Unknown Kadath — H.P. Lovecraft
It may be obvious when you play Here They Lie that H.P. Lovecraft is one of our big influences. This story from Lovecraft’s Dream Cycle is one of his stranger, more dreamlike incantations. There are many connections to this story in Here They Lie. There’s even a track in the soundtrack called Nyarlathotep.

1.) The Shining — Stanley Kubrick
An absolute masterpiece of filmmaking — a true work of art, one of the best films of all time — horror or otherwise. This film works on so many levels — creeping under your skin and then up your spine as you tumble through its twisted labyrinth. The Shining inspired our take on horror in Here They Lie more than any other work.

So, now that you know 13 of my dirty little secrets, which of these are your favorite? Do you have some more tasty recommendations?

I can’t wait for you to jump into the PlayStation VR and experience the terror of Here They Lie for yourself. It could be the perfect accompaniment to your Halloween nightmare. And don’t forget the non-PSVR version of Here They Lie is coming later — stay tuned for more details!