Stand by for Titanfall 2, which drops onto PS4 October 28.

Titanfall 2 tells the story of militia rifleman Jack Cooper, a soldier thrust into an extreme situation with entire worlds at stake. Given control of a powerful war machine known as a Titan, Jack must push against impossible odds to survive. Outside of the full single-player campaign, players can experience the incredible thrill of Respawn’s kinetic combat in a brand new multiplayer suite. 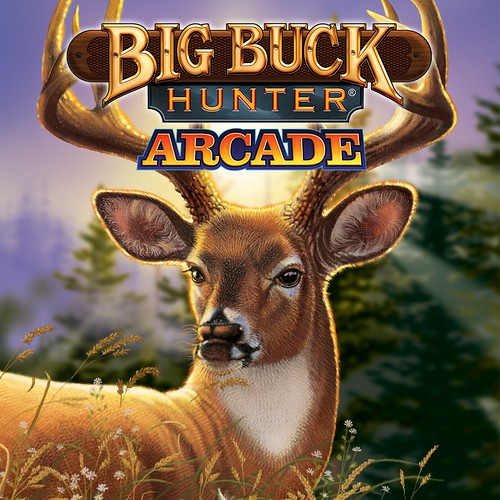 Big Buck Hunter will bring the arcade experience to your living room with this fast paced, addictive arcade shooter! The all new control and aim mechanics will make this a must pick up and play arcade shooter experience. Travel around the globe and take down wild game in Whitetail and Moose adventures or try your aiming and speed skills in epic bonus challenges. 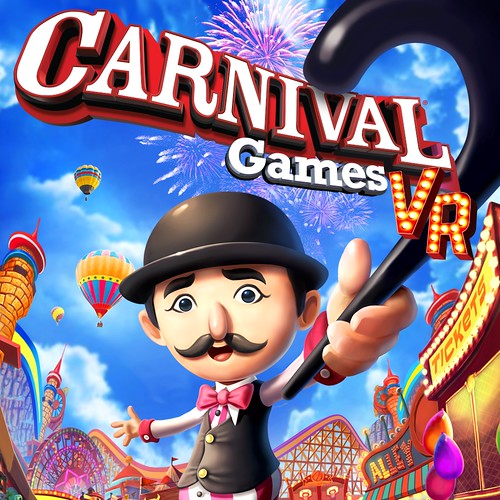 Carnival Games VR brings an immersive virtual reality experience, allowing you to explore the park, interact with patrons, and play up to 12 different games. Enter a themed Carnival Alley where you can play a game and earn tickets for virtual prizes or unlock another game. 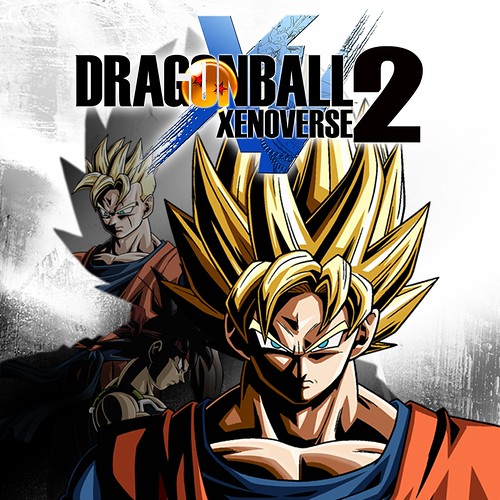 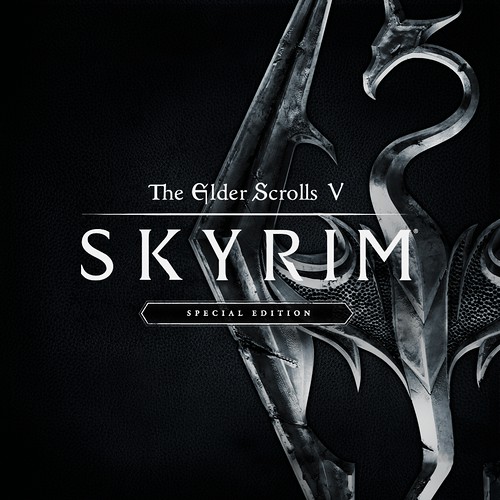 Winner of more than 200 Game of the Year Awards, Skyrim Special Edition brings the epic fantasy to life in stunning detail. The Special Edition includes the critically acclaimed game and add-ons with all-new features like remastered art and effects, volumetric god rays, dynamic depth of field, screen-space reflections, and more. 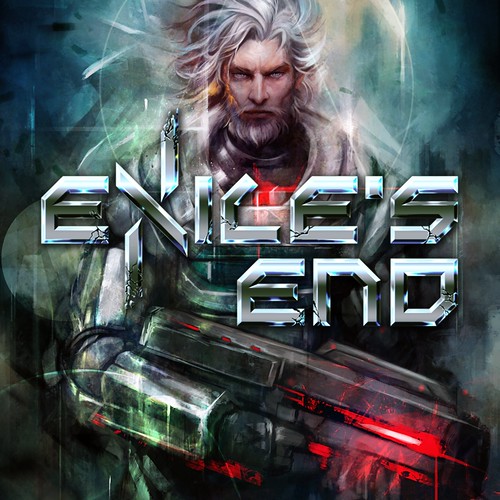 When the scion of the most powerful corporation in the galaxy goes missing on a remote mining planet, a team of mercenaries is dispatched to investigate. Among them is Jameson, an old soldier with a dark past. Inspired by early ’90s “cinematic platformers,’ Exile’s End plays out as an exploration-driven side-scrolling adventure through a massive mining complex on a moody, lonely alien world. 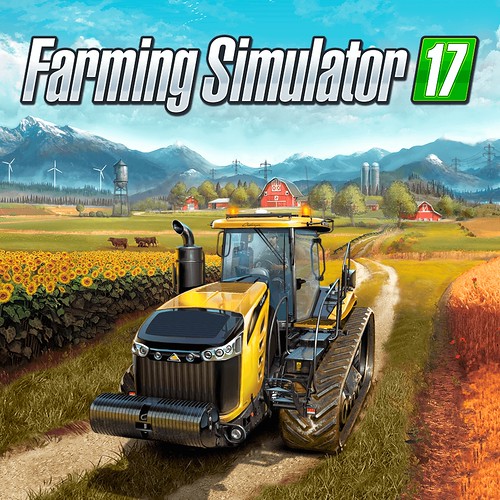 Take on the role of a modern farmer in Farming Simulator 17! Immerse yourself in a huge open world loaded with a harvest of new content. Explore farming possibilities over hundreds of acres of land, including a detailed new North American environment. 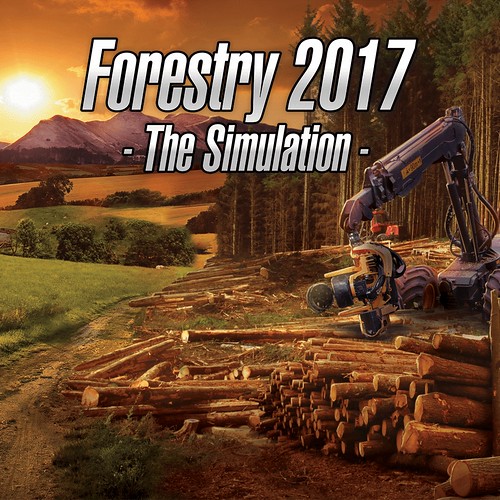 Forestry 2017 — The Simulation takes you to the forest! Take over the tasks of a professional woodcutter and enjoy working in the woods! Control huge machinery, fell the trees, arrange the timber, and comb through your wood. Sell the wood, and earn money to expand your company.

Ginger: Beyond the Crystal
PS4 — Digital 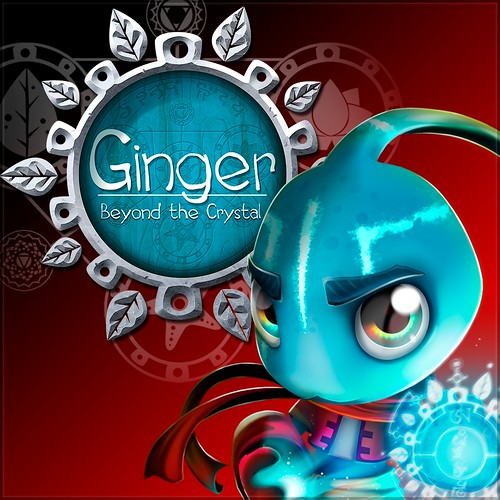 A world destroyed by a crystal explosion, a mysterious threat hanging over its inhabitants, and a goddess who creates a hero. This is Ginger: Beyond The Crystal. Ginger must reestablish the connection with the goddess by purifying corrupted crystals that have spread throughout the worlds. It won’t be easy — the worlds are full of enemies and traps across 15 different levels. 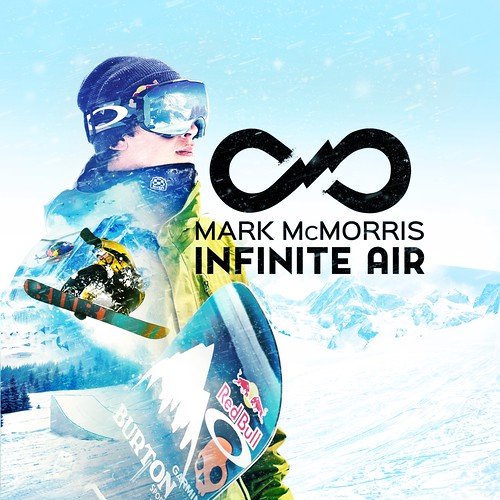 Mark McMorris Infinite Air is a fresh welcome into snowboarding for newcomers and a challenging step into untracked territory for seasoned boarders. Get ready to shred custom-built runs and show off gnarly tricks across vast, personalized terrain parks and 100+ square miles of backcountry. 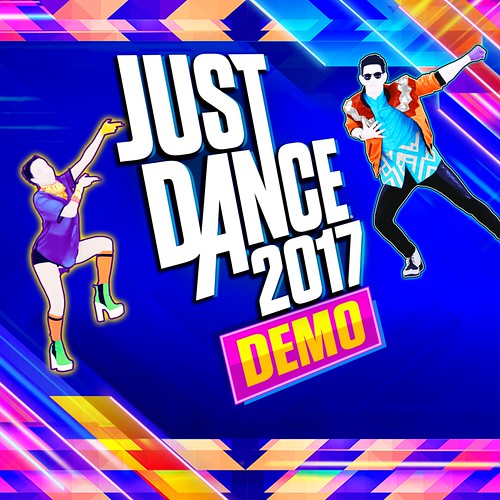 Just Dance 2017 is more fun and easier to play than ever. Shake your hips and wave your hands with the Just Dance Controller App — if you have a smartphone, you don’t need PlayStation Move or Camera! 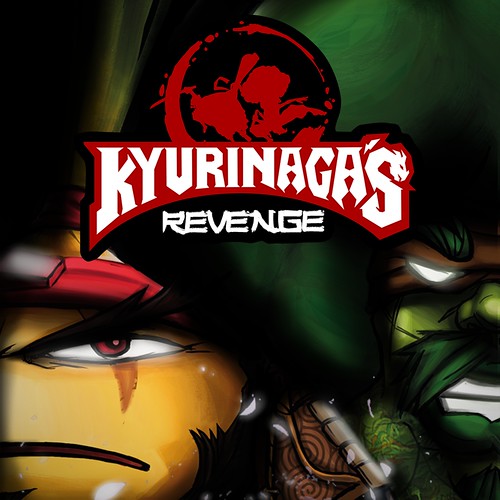 Kyurinaga’s Revenge is a 2D-based game with lots of platforming, action, and puzzles. Battle alongside our two heroes: the samurai Kaoru Tamanegi and the street fighter Broccoli Joe all across Feudal Japan in their new adventure! 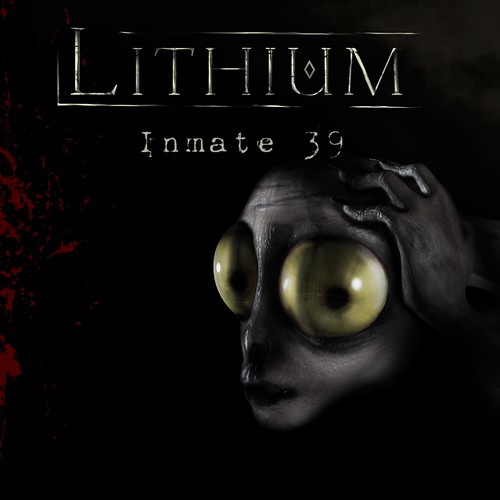 Lithium Inmate 39 is a horrifying puzzler. It tells the story of a psychiatric patient who must find his way back to his origins, discovering his past and uncovering the secrets buried within his mind. 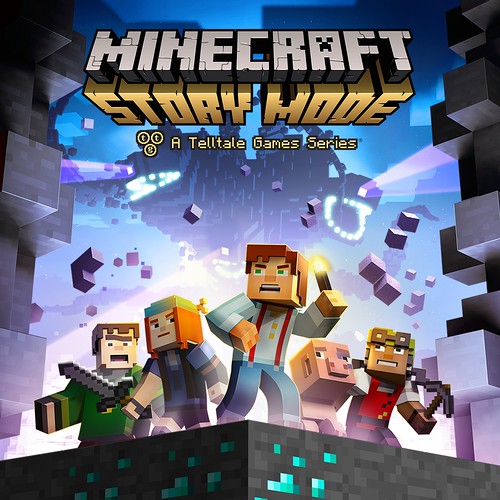 Prepare for the adventure of a lifetime. As Jesse, you’ll embark on a perilous adventure across the Overworld, through the Nether, to the End, and beyond. While at EnderCon in hopes of meeting Gabriel the Warrior, you and your friends discover that something is wrong… something dreadful. 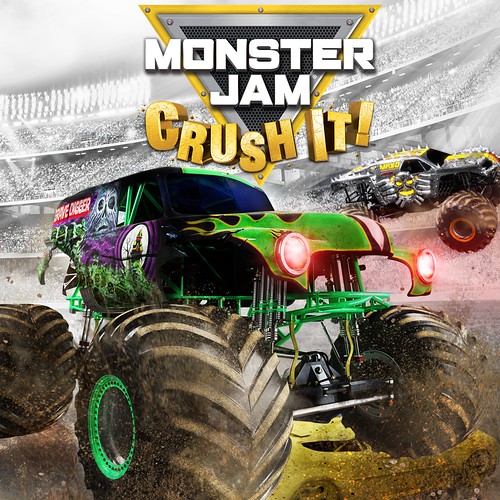 Crush It takes fans back into authentic real-life stadiums for racing and freestyle events including the site of Monster Jam World Finals — Sam Boyd Stadium. Choose your favorite official Monster Jam trucks such as Grave Digger, Max-D, Monster Mutt, and many more. 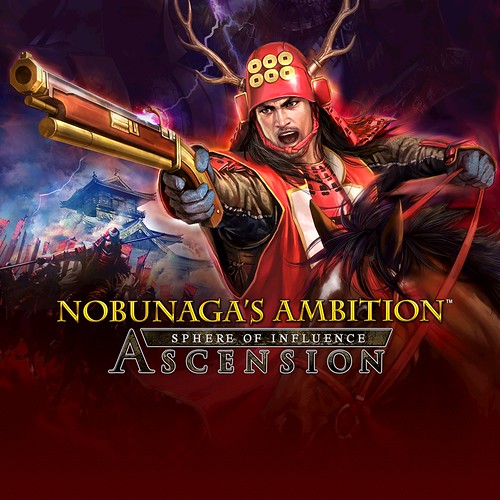 The newest release from the Historical Simulation Game landmark series, Nobunaga’s Ambition! Experience the reality of officer life in the Warring States period, and watch with your own eyes the fighting that brought the end of an era. 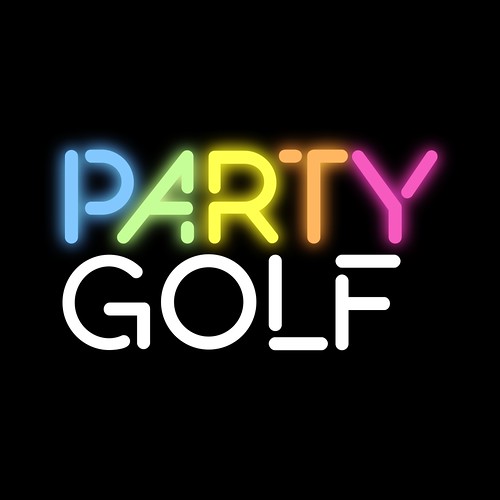 Tee off simultaneously to a psychedelic 2D world, with satisfyingly simple physics, except it’s a frenetic free-for-all to get in the hole. It’s instant fun with endless variety — there are trillions of gameplay combinations, from giant banana balls to turbo power-ups. The number of ways to play is practically endless! 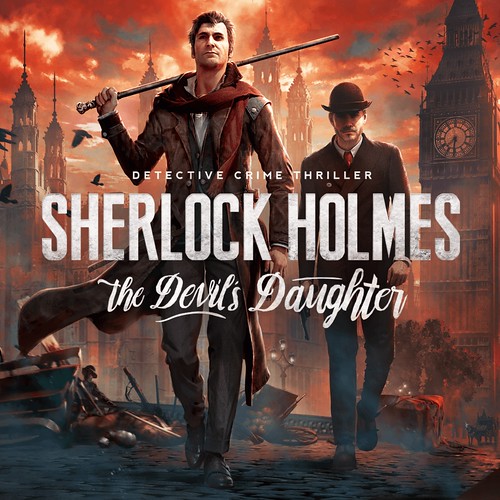 Sherlock Holmes: The Devil’s Daughter is a fantastic adventure with unique gameplay that blends investigation, action, and exploration for an extraordinary experience that will test the limits of your nerves and intelligence. Track down evil in the darkest corners of London and the human soul while playing as the great detective, as you untangle a web of intrigue leading to the final stunning revelation. 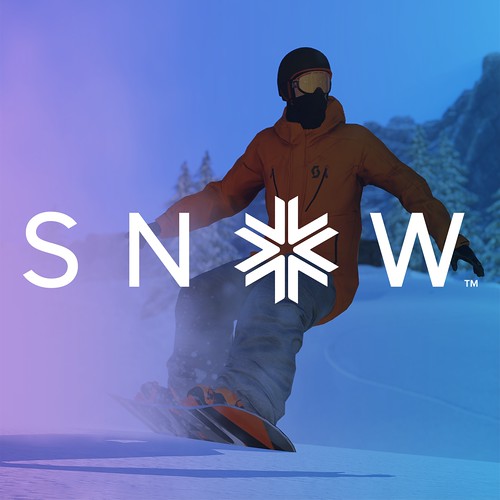 Snow is the only free-to-play, open world, winter sports game. Explore a massive mountain, customize your character with clothing and equipment from the biggest brands, and compete in events to be the best. 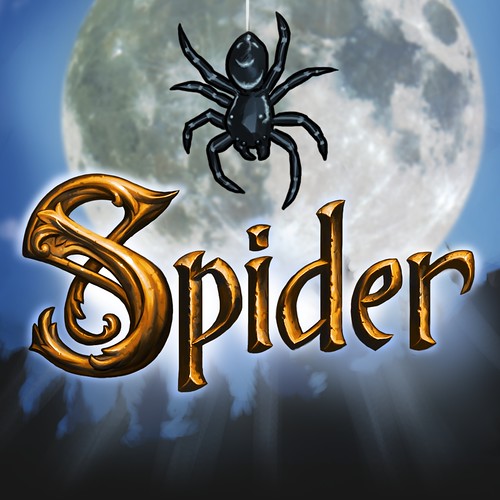 You are a spider on the hunt, spinning webs to trap your prey. Explore an abandoned mansion, discover hidden passages, and leave the place covered in cobwebs. Unravel the story of the family who once lived at Blackbird Estate and solve puzzles left behind by a mysterious secret society. 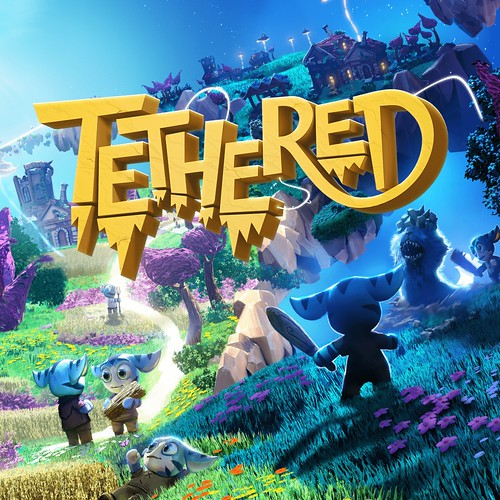 In a magical sky borne world, take on the role of a powerful Spirit Guardian charged with restoring life and balance. Command the Peeps, your loyal servants, to feed, fight, build, and sacrifice themselves for the greater good in a quest to release your entombed brethren. 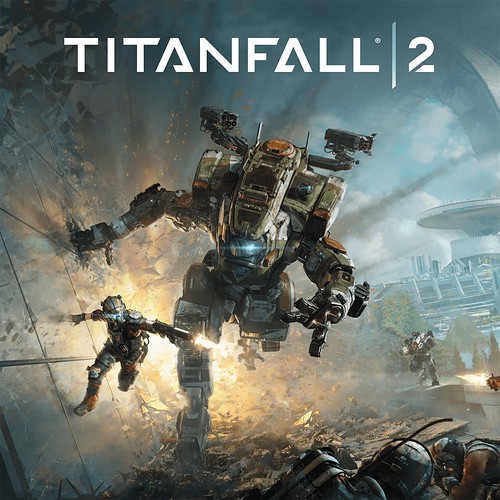 In single player, an aspiring Pilot and a veteran Titan combine forces to save their own lives and combat a powerful enemy against all odds. Multiplayer offers brand new Titans, expanded Pilot abilities, and deeper customization to elevate the fast-paced and exciting gameplay fans expect from the series. 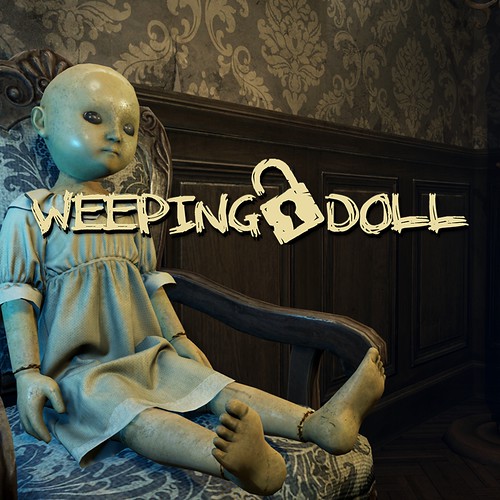 An ordinary family. A beautiful home. But, who’s crying? Search the home, scour every room and scrutinize over every detail to piece together the story that has been kept locked away… 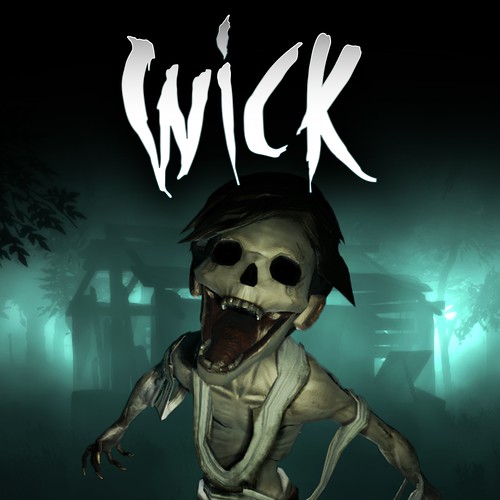 Wick is a survival horror game where ghost stories are brought to life. Explore a local legend about the long lost children in the woods who can still be seen — but only by those who dare to enter alone by candlelight. 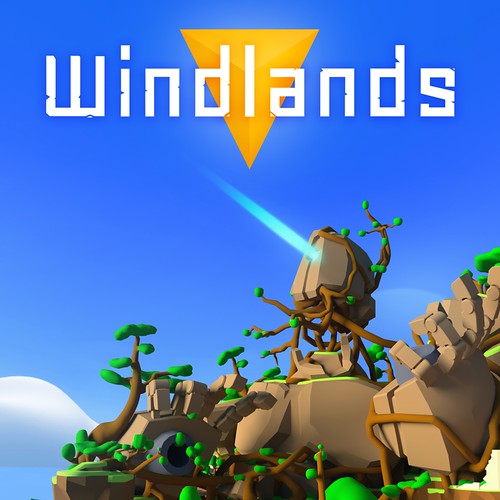 A first person grappling hook exploration game. Soar through the ruins of a fallen world and discover the secrets of the ancients. Windlands has been developed primarily for Virtual Reality headsets, but is also a great experience for those without headsets. 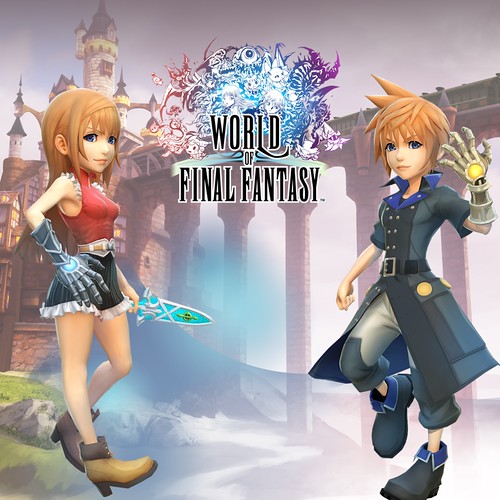 Embark on an adventure unlike any before to an all new World of Final Fantasy. With charming, stylized visuals for both the young and the young at heart, players will capture, customize, and evolve iconic monsters by stacking them to form adorable yet strategic monster towers. 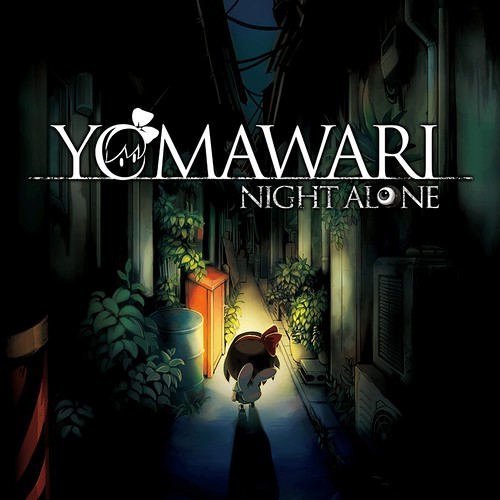 A young girl walks her dog at dusk when an accident occurs. After coming home, the girl’s sister runs into the night to find the dog. Neither returns. Now you must help the girl brave the town in the dead of night to find her missing loved ones.