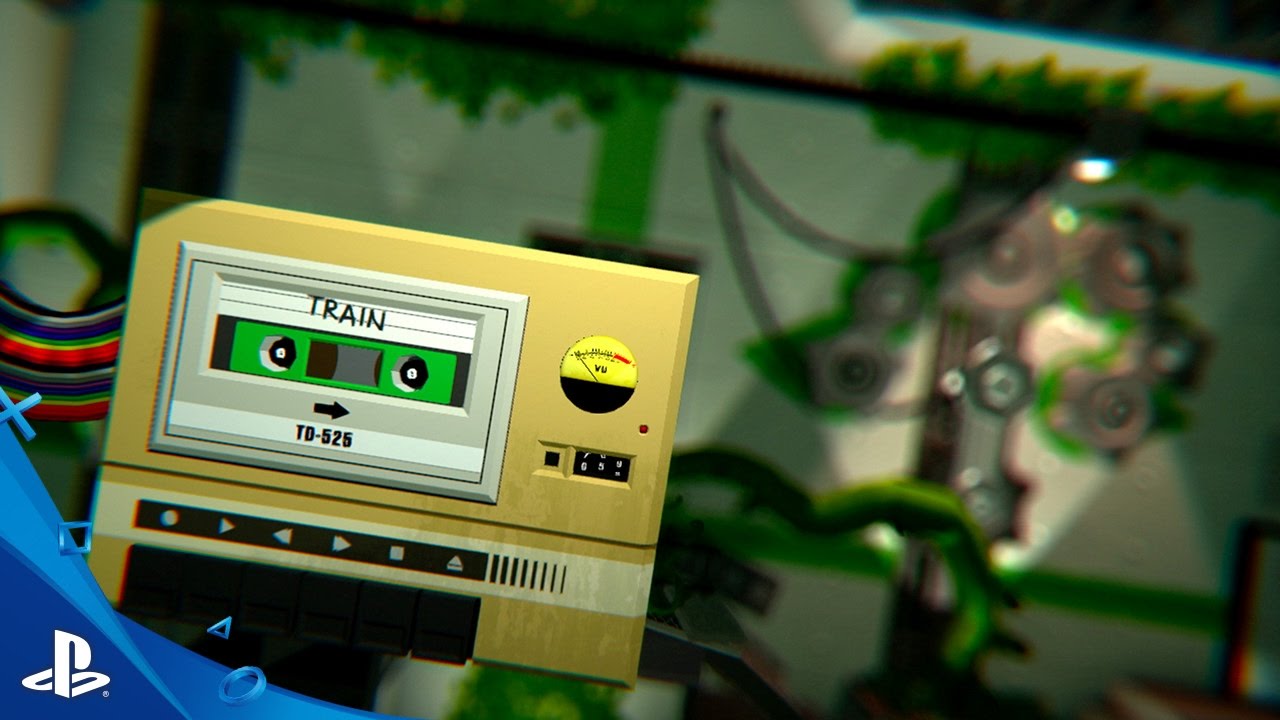 Deserted factories. Science experiments gone awry. Virtual worlds enclosed in cassette tapes. This is Small Radios Big Televisions, and I’m so excited to share it with you.

In Small Radios Big Televisions you’ll explore once-inhabited structures in search of tapes to guide you along your journey. These aren’t just audio tapes though — they’ll transport you across time and space. As you discover more of these tapes, will you choose to push forward or surrender to the safety of your trusty TD-525 tape deck?

When I first started working on Small Radios Big Televisions two years ago I had no idea what it would grow to become. Like the cassette tapes themselves, the game has been constantly evolving, changing and growing into the finished product we have today. I wanted to create a place you could get lost in, a game that puts you at ease instead of on edge, and I think that’s something we’ve achieved.

Music is a massive part of what drives the style and atmosphere of Small Radios Big Televisions, and I wanted to make sure that players could get their hands on the soundtrack once the game was released. You’ll be able to pick up the album the day the game comes out, and we’ve decided to preview one of the tracks here today. If you enjoy it you can preorder the soundtrack here.