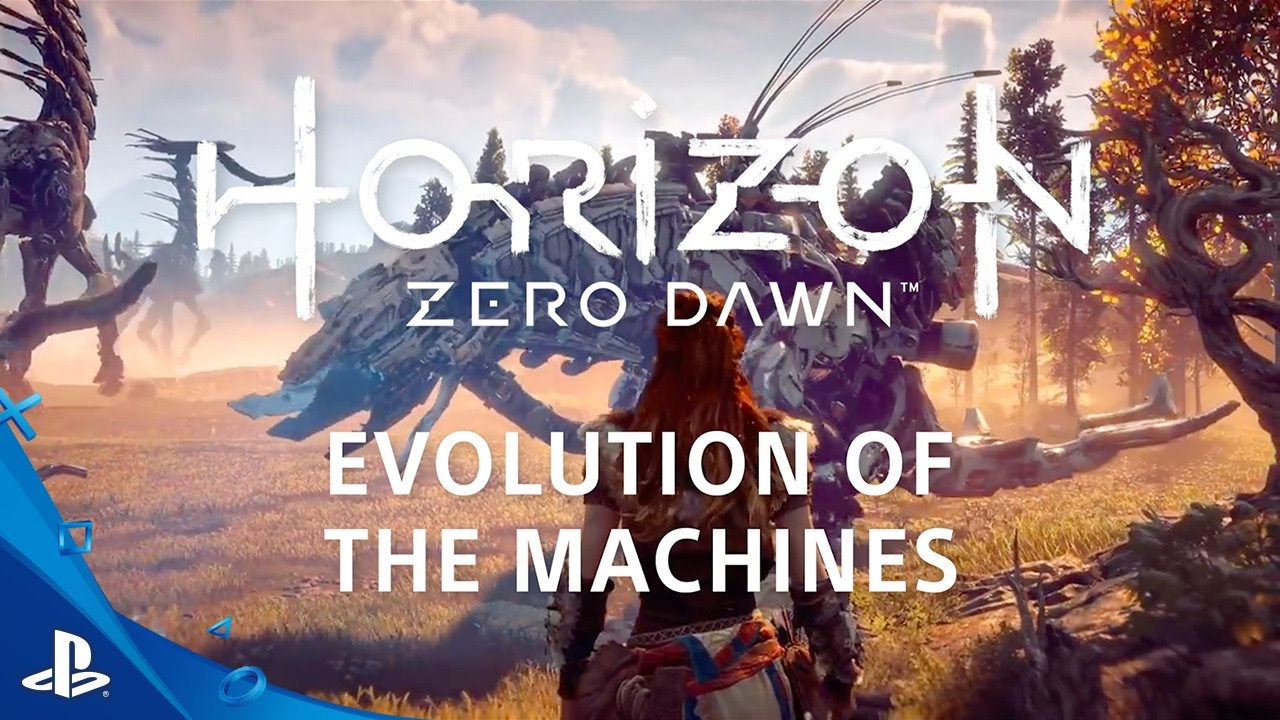 With every glimpse of the far-future world of Horizon Zero Dawn that we’re given, the version of Earth that Guerrilla Games is busily creating becomes ever more intriguing. It’s a world where human evolution has been thrown back into a pre-historic era, while simultaneously thrust into a distant future where humans are no longer the dominant species.

Instead, a society of machines has risen up, at once both terrifyingly alien and strikingly familiar, mixing robotic, mechanized power with recognizably natural, organic animal features.

During a recent visit to Guerrilla HQ, we were treated to a behind-the-scenes look at the machines that included a deep-dive into the very real evolution of the Shellwalker and an exclusive reveal of the Snapmaw — a huge, water based machine that bears more than a striking resembles to a giant crocodile.

In this exclusive new video, studio boss Hermen Hulst, Game Director Mathijs de Jonge, and Art Director Jan-Bart van Beek talk us through how the machines evolved from initial concepts to become the apex predators in their forthcoming action RPG.

Hard at work at their desks ahead of the game’s release date on February 28, 2017, members of Guerrilla’s legion of artists, animators, sound designers, and VFX whizz-kids showed us this evolution in action.

Taking the Shellwalker as an example — the busy, cantankerous workers of the machine’s ecosystem who protect their cargo with fearsome determination — we saw the creative process from the very beginning; taking a rudimentary sketch of a crate-carrying walking platform and going back to nature to see how the real world would deal with the task.

Using photographs of fiddler crabs and pistol shrimp for inspiration, the artists then adapted how these creatures gather food, carry their shells, and protect themselves against predators in a series of sketches that gradually began to take on more of the Horizon Zero Dawn aesthetic. 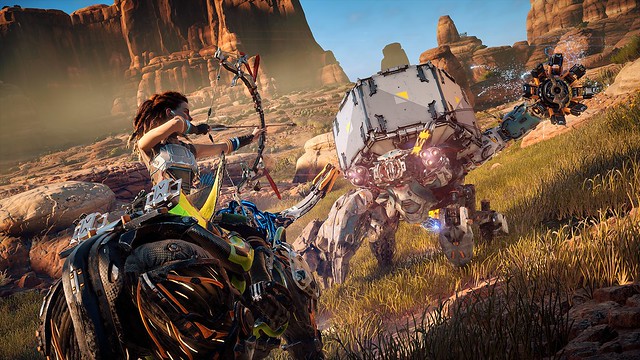 Armor plating is added, then the back-and-forth between artist and animator begins to ensure natural movement balances with the game design and that the Shellwalker moves, attacks, and defends itself in a way that makes it a useful worker for the machines and a challenging foe for Aloy.

Earlier, in a play session that saw Aloy take on a savage Thunderjaw, override and mount a roaming Broadhead and pick up quests from the inhabitants of the vast, post-historic world, Mathijs gave us the first glimpse of the Snapmaw in its natural habitat.

Lurking on the banks of an idyllic river valley, these mechanised crocodiles live in packs and, as Aloy approached them, move with terrifying speed and ferocity, using their vast jaws and thrashing tails to devastating results.

As with the other machines of Horizon Zero Dawn, they have weaknesses that Aloy can tactically exploit — but they’re a brutal reminder than nowhere in this world, whether in water, on land, or in the air, is a safe haven for humans.