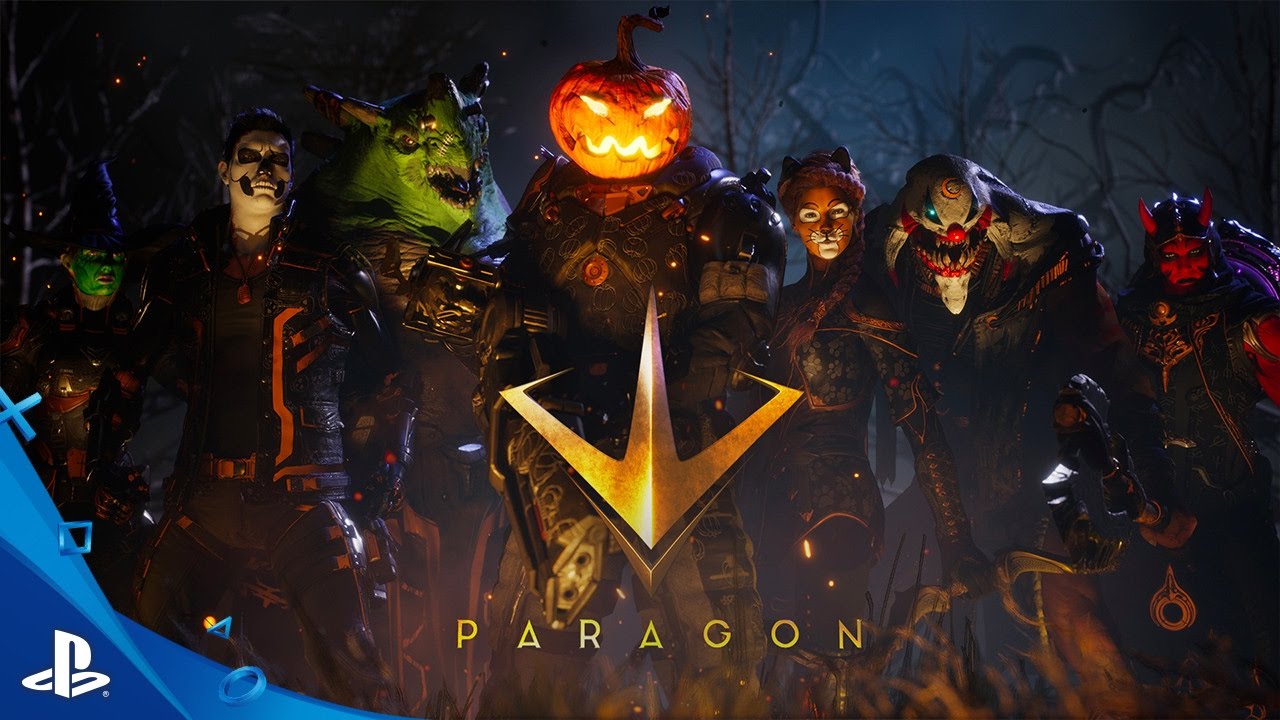 As the stars descend the Agoran sky and their power takes its leave, spirits gather beyond the veil and wait for Shadow’s Eve.

It’s time to gather for mischief and mayhem during this year’s Shadow’s Eve for our MOBA Paragon! Sport spooky new skins and show off your shadowy spirit from October 11 to November 6.

TL;DR: Shadow’s Eve skins will be available, but only for a limited time:

Over the next two weeks (October 11-24) everyone who has linked their Twitch account will have a chance to win up to six Shadow’s Eve skins on Twitch by watching or streaming Paragon. The skins that are being dropped will vary each week, so check out the full breakdown below.

Shadow’s Eve arrives with a special treat: Dock-o-Lantern Murdock is available for all players to equip for free during this event. Players who have linked their Twitch account by November 6 can permanently unlock this skin on their account to keep blasting enemies as a pumpkin head all year long!

All six of the main Shadow’s Eve skins (Sweet Dreams Khaimera, Feline Queen Sparrow, Mephisto Gideon, Skull-Bot Twinblast, Spider Witch Belica, Franken-Grux) will also be on sale for a limited time only (October 25 to November 6), with a discounted bundle of all six also available.

We’ll also be introducing dynamic bundles with this sale, which let you keep the bundle’s discount and only pay for the bundle content you don’t already own. Example: you already won two skins from the Twitch drop. You can get a bundle for the remaining four skins at the discounted price, without paying extra for skins you already own.

The OfficialParagonBot will notify winners by messaging them in the channel they are watching or within their own channel if they are streaming. Winners will also receive an in-game notification at the Home Screen, after logging in, if you’ve won a skin reward during the two week period. Here are the skins that are up for grabs on Twitch each week: