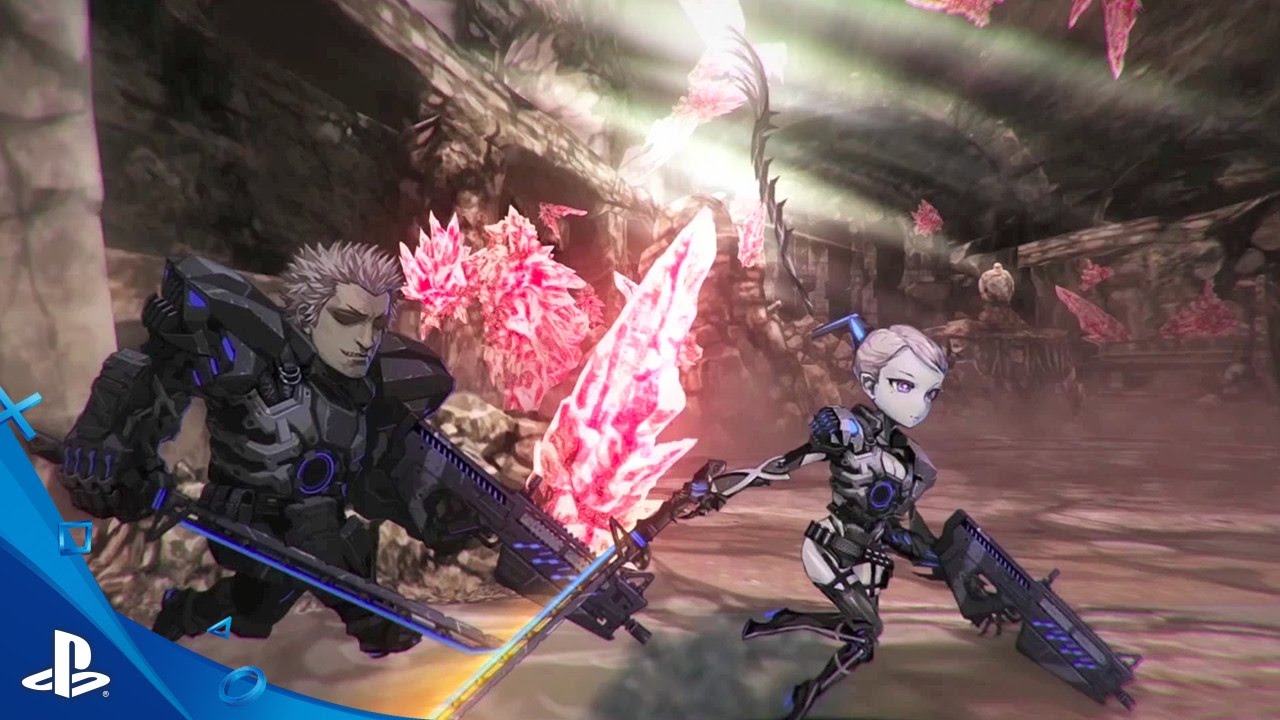 Hello, my name is Kuroki, Director at oneoreight Studios. We’re a game development studio established in April of 2012 and based in Tokyo, Japan. Our motto: “To make interesting games that we believe in.” That may seem like a very broad mission statement, but it’s important for us that we make games that we enjoy playing. And playing a hero soldier fighting for the survival of Earth is something we think is extremely appealing with our first game on PS4, Earth’s Dawn.

The first thing players will notice in our game is the unique, 2D art style. The game takes place in the future when alien invaders known as the E.B.E. have destroyed much of Earth. So we needed the setting to be dark and threatening. This is reflected not only in the game’s atmosphere, but also the look of soldiers, the deadly looking weapons, and of course, the enemies.

The gameplay in Earth’s Dawn is fast paced — a mix of shooting and melee attacks so players must learn how make use of gun, sword, and advanced attacks to string together combos. When you add dashing in between your attacks, then you’ll notice the game’s addictive nature. In some battles, players will have their combat skills graded. The more varied and exciting their combat approach, the higher the grade and reward. It’s fun starting with a few slash attacks, knocking the enemy up in the air, jumping into the air with more melee attacks, juggling them in the air with gunshots, and then maybe throw them in-midair to finish a combo. Our dev team is often competing to see who can get the highest number of hits in a combo as we are very competitive!

I’m also very proud of the amount of customization we give the player for both weapons and abilities. As you defeat enemies, you’ll get materials to create new weapons and equipment. When crafting your gear, you can substitute in higher value versions of the components to raise the base stats on an item. If you really enjoy using a particular weapon, you can also sacrifice more resources in order to level it up, making it even more powerful!

We focus on the small details, so we hope you appreciate that the gear you create is reflected on the character in game, such as the flames blazing out of axes as well as the various masks we created.

The skill system is something we worked to fit the theme of the game and to have a lot of depth. The hero is part of an elite fighting force that is using alien E.B.E. technology implanted into their bodies to give them superhuman abilities. As you level up in the game, you learn different skills that will improve your abilities in offense, defense, speed, endurance, and more. As you unlock these, you will also be able to “link” skills together to create new ones! There are more than 100 different skills to customize, so choose wisely how to make your hero!