Fight for Your Afterlife in Court of the Dead: Underworld Rising on PS4 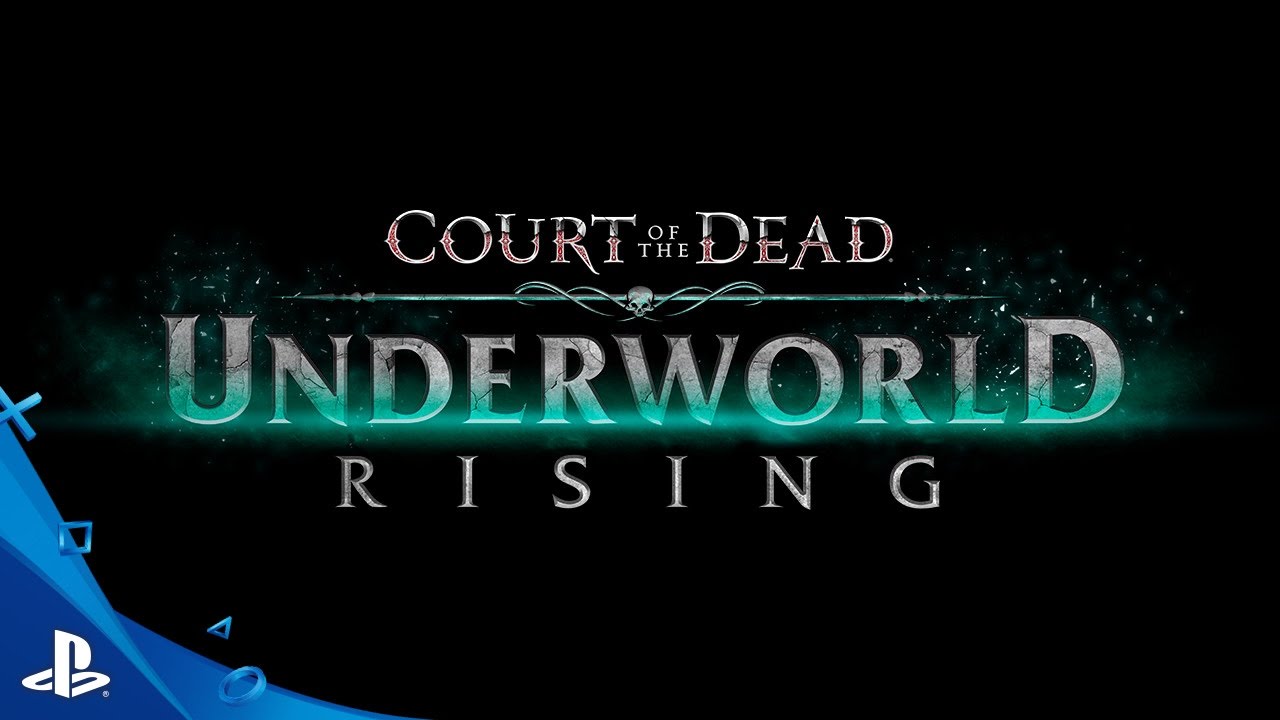 The afterlife is many things, but peaceful is not one of them. Heaven and Hell are bent on consuming your soul, and that of all mortals. Death, the Grim Reaper, is struggling to overcome his dark nature to rescue both his world, and ours. Will you join Death and the Court of the Dead to fight for your afterlife?

In Underworld Rising, you join a faction and travel the Underworld, building an army of collectible followers. Journey on epic quests, defeat other-worldly enemies, and challenge other players to combat in order to grow your legend and play your part in the Underworld’s bid to Rise, Conquer, Rule!

Life As a Mourner

At its core, Court of the Dead: Underworld Rising is a game about discovering the world around you while growing your legend and power. There are three factions in the Underworld, each with their own unique design and abilities.

Not only will players have the opportunity to choose their faction, but they will also have the chance to infinitely customize the unique look of their character. These choices will include gender (male, female, and gender-neutral) and countless accessories — body modifications, wearables, weapons, and spell effects.

Players will also have the opportunity to interact with Underworld NPCs in a way not often seen in 2D games. Relationships can be forged; every action you make could have consequences. Steal from a shopkeeper? Watch out for a bounty on your head. Want to take a headless NPC out on a date? Maybe skip going for tea. 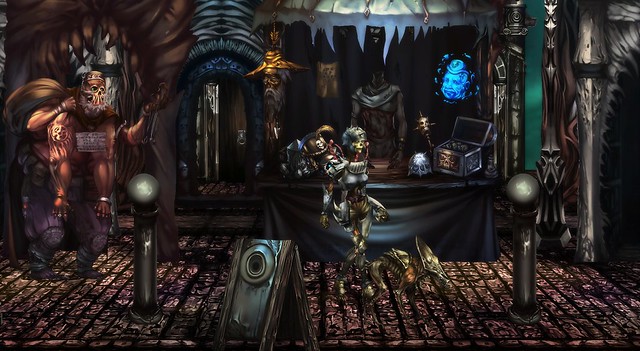 As you journey through the Underworld, you’ll have the opportunity to recruit followers whose unique abilities will aide in your quests and combat.

Fight For Your Afterlife

Combat in Underworld Rising is played out turn-by-turn on a grid, and depending on where you encounter your enemy, the grid structure will be different.

Adding another layer of depth is the opportunity to make use of environmental obstacles during combat. Should you wish to hide behind a tree, you may do so. Should you wish to burn that tree to the ground and envelop your enemy in flame, that’s your prerogative. 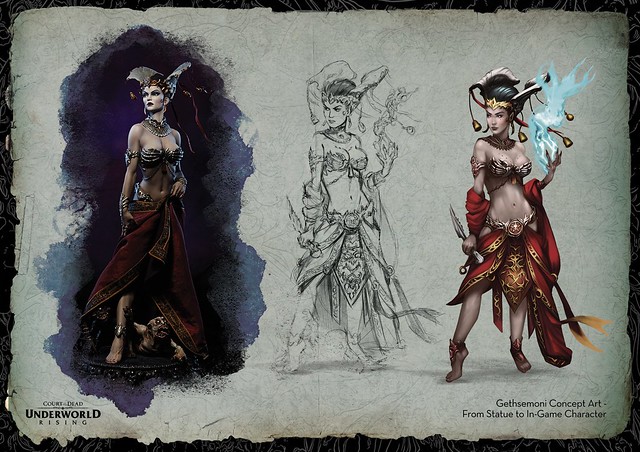 As you make your way through the Underworld, we didn’t want it to feel as if it were only you who was out on these quests. Players will have the chance to meet with and engage in honorable combat against other players in dynamic PVP battles.

As the player base within Underworld Rising grows, we plan to introduce tournaments that give players the chance to win powerful new artifacts and accessories.

Be Among the First

Sideshow is known worldwide for our museum-quality, fine art, pop-culture collectibles. Underworld Rising is set in the world of our original property, Court of the Dead. 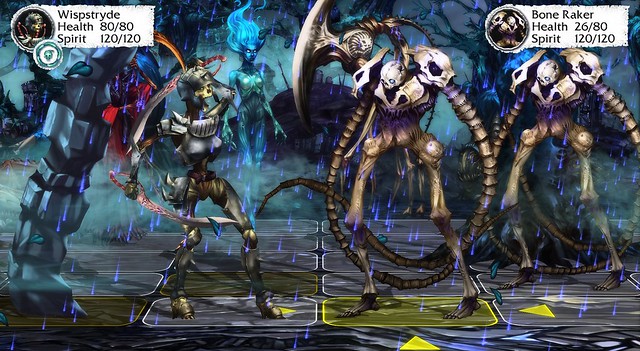 Stop by Sideshow’s booth #1946 at New York Comic Con from October 6-9 to be among the first to play a demo of Underworld Rising!