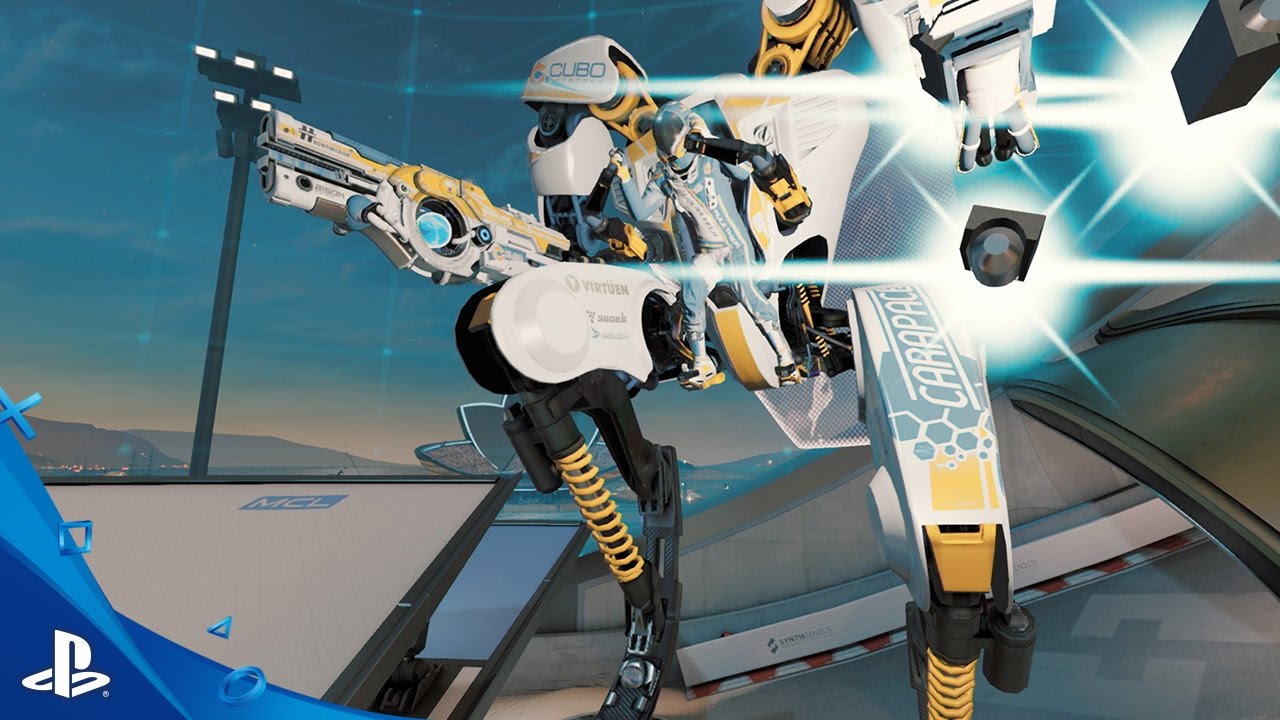 Over the course of this week we’ve shown you a lot of exciting information about our upcoming arena-based shooter for PlayStation VR. We’ve acquainted you with the powerful Rigs chassis types, each one of them able — if used correctly — to turn the tide in your favor.

Today, we want to wrap up the week by highlighting the different abilities allowed in the arena. As we announced before, 24 unique Rigs can be unlocked in the game, and each of them is equipped with one of these six abilities:

Rigs Mechanized Combat League is a competitive experience, which means Rig selection is important. The six abilities differ significantly from each other, so it’s important to discover which Rig chassis types and abilities are best suited for a given situation. Collecting as many as you can, rather than sticking with a single Rig, will offer a great advantage.

These are the different abilities approved by the Mechanized Combat League:

We can’t wait for you to get your hands on the game when it launches alongside Playstation VR on October 13.