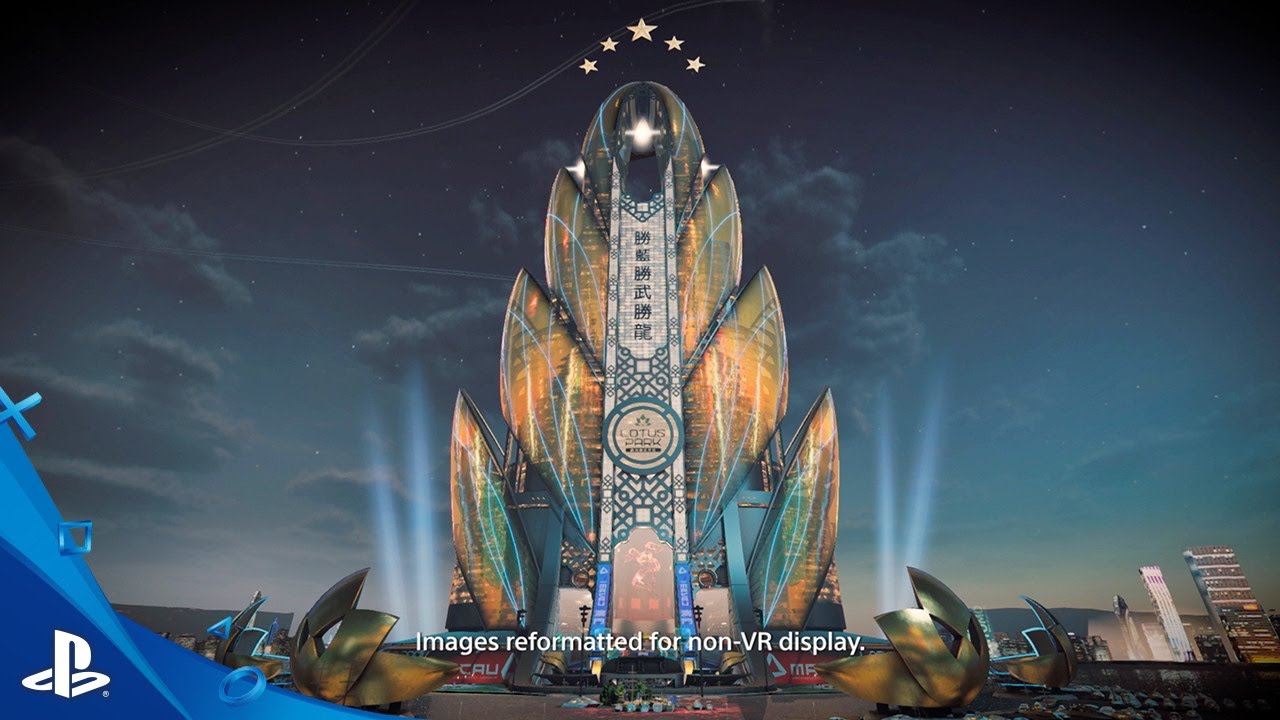 There are only a few weeks left until Rigs Mechanized Combat League launches alongside PlayStation VR! We can’t wait for you to climb into the virtual cockpit of your first Rig and start learning the ins and outs of every arena. We put a lot of care into creating diverse, well-readable environments for Rigs’ different sports types, and today we want to give you a bit of insight into the concepting phase of the stadiums.

From the outset, we aimed to brand Rigs Mechanized Combat League as a future sports phenomenon with strong global appeal. The stadiums had to be situated in a variety of metropoles and exotic locations, to convey the idea that players will tour the globe over the course of a tournament or season. We settled on the following locations…

As a rapidly growing sports capital, Rio felt like an obvious choice to place a large Rigs stadium in.

We looked at an iconic location and ended up placing the stadium on one of the mountains overlooking the city. Because Rigs is set 50 years in the future, we were also able to play around with how Rio may have evolved over the years.

Initially we toyed with the idea of creating a stadium on a manmade island off the coast of Monaco. However, we soon realized that a stadium capable of hosting a Rigs match and 130,000 fans would be too big, almost dwarfing Monaco itself. Instead, we decided to move the stadium to a different location: the Persian Gulf’s southeast coast.

The nearby city of Dubai seemed like an excellent fit for the spectacle and extreme architecture of a Rigs stadium. Fun detail: if you look closely at the city skyline, you’ll notice future Dubai has a space elevator!

Not every stadium had to be set in a metropolitan area. After reading that Lake Mead might dry up in the near future, one of our environmental artists suggested using a decommissioned Hoover Dam as one of the stadium locations.

It made for an interesting arena, with a huge dam structure on one side and sheer rock faces on the other. It also felt appropriate to have such an iconic landmark find new life in the future as a Rigs stadium, rather than face demolition.

For Macau we wanted to do something completely different. We came up with an enormous casino complex built on top of a stadium, with one half of the arena located inside the casino and the other half located outside. This unique setting allowed us to mix up the art style a bit, and be a bit more playful than the other Arenas.

In addition to providing four very different locations, each of the stadiums also had to be configurable for Power Slam, Endzone, and Team Takedown, with different passages and platforms becoming available depending on the active sports type. We tested these configurations extensively, streamlining the arena layouts for each of the rulesets.