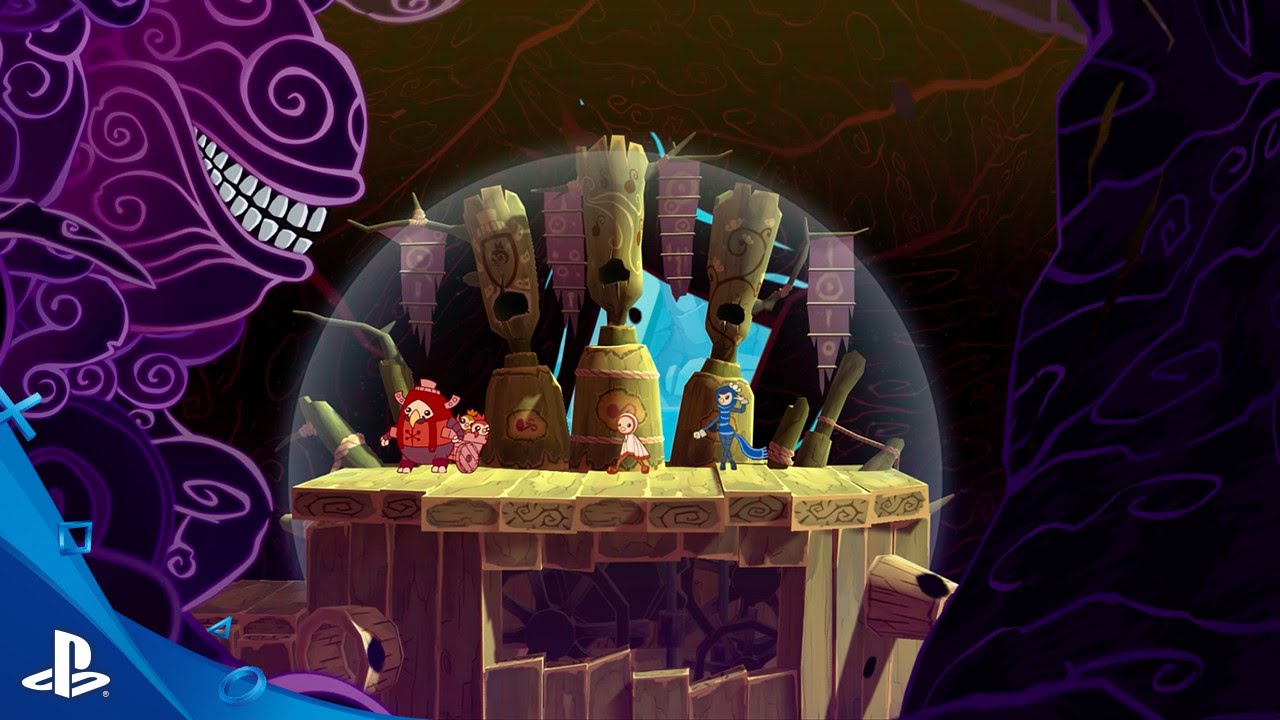 Shu is a 2.5D platformer that blends adorable 2D hand-drawn characters with vivid 3D environments. As our plucky protagonist Shu, players will run, jump, glide, and use special abilities gained by saving villagers, as they try to outrun an apocalyptic storm hellbent on consuming the world.

Game development is a very iterative process, and with Shu this rang especially true. We had ideas that sounded great on paper but didn’t quite work when brought into an emergent interactive space. This led to us overhauling parts of the game during development, which lengthened the development period, but resulted in a game that we’re much happier with.

The game was initially slated for release in 2015, but late last year we reviewed our progress and decided we could do better. Some of the major revisions include: the storm (appearance and behavior), level structures (to suit the renewed focus on speedrunning), and how some of the villager powers worked. We also added new features, such as time trials and leaderboards.

We’ve said before that Shu is inspired by the likes of Rayman, Klonoa, and Sonic (to name a few). Despite the tweaks, this is still very much true. We have multiple environments all of which have their own distinct style and villager pairing, providing you with new abilities and more gameplay variation. The art has also been overhauled, making each level feel that bit more immersive and alive.

One major gameplay change is with character deaths. As we’ve said, along Shu’s journey you save villagers, each of which grants you a new ability. Originally these characters also acted as extra lives. If the storm caught up to Shu, it would grab one of the characters and eat them. This would grant the player extra time to escape but deduct that character’s ability from the gameplay thereon. We loved how bittersweet this idea was, but in practice we found it created a whole host of problems. Chiefly, it meant designing multiple paths through each level. You would think variation in this regard would be a bonus, but in practice it meant players could be punished with a duller route than those who managed to keep all of the villagers alive. We’re confident that removing this punishing mechanic has resulted in a more enjoyable experience.

We didn’t just remove features however, we added plenty too. When exhibiting Shu demos at events, we noticed that players were particularly enjoying the time trial competitions we were setting up. This led us to doubling our focus on speedrunning, tweaking the gameplay, achievements, and leaderboards to make the most of this aspect. We hope that this competitive element will give you another layer of enjoyment. We are keen to see who makes it to the top of the boards!

Support for PS Vita is something that we feel very strongly about, and we have been working hard to provide a comparable experience on both platforms. Shu feels right at home on the Vita and offers a great experience. To show our commitment to bringing Shu to Vita we have developed some exclusive content that will only be available on the handheld. Shu will also feature a platinum trophy on both PS4 and PS Vita, and yes, it will be Cross Buy enabled!

We’re confident the delayed release has allowed us to improve the game a great deal. We’ve ironed out a lot of kinks while also improving the overall flow and visual style of the game, resulting in an experience that we’ll be proud to share with you soon.