A Big hello from Fabrik Games.

Filthy Lucre is available tomorrow, Friday 16th September, from the North America PlayStation Store, and we could not be more excited. A limited time discount means you will get the game for a steal!

From tomorrow you will be able to tool up and get down to business, so let’s talk about what our game has to offer. 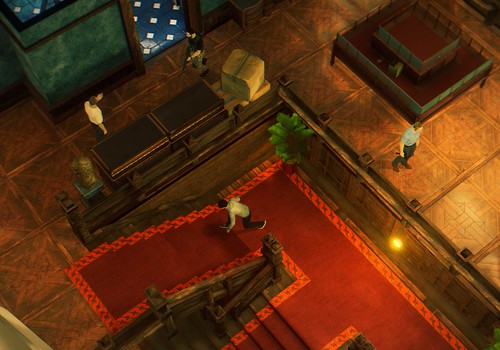 The vision was to build a great heist game with a British style and swagger. We wanted to bring something new to the stealth action genre—something that created emergent moments and countless crazy player stories.

Filthy Lucre is a tactical stealth action game you can play single player and co-op, both split screen and online.

Right from the start of making Filthy Lucre we wanted to give players the choice between using stealth and action. We designed the game so that players can adapt their play-style at any time to suit the situation.

This led to a lot of prototyping trying to figure out the perfect balance of these very different playstyles to answer the question – can stealth and action work together? This was a big challenge. We started out by setting up scripted heists and encounters but quickly realized we needed a more dynamic system that would respond to how you played the game. After much hair pulling and prototyping we designed the game to allow you to stay in cover, create distractions and silently take down targets, or cause mayhem with a hail of gunfire and remote explosives. 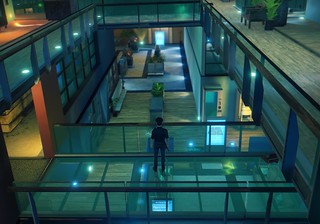 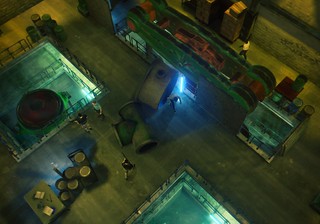 You can play Filthy Lucre’s missions in a variety of ways. One option is to stay low in cover and set off distractions that pull guards off their patrol routes to give you an opportunity for a silent takedown, leaving your friend free to grab the loot!

Then of course there is the more direct approach. If you’ve the guts and the grit you can go in and cause a right fuss. You’ll also find additional ammo and different weapons from guards you have taken out.

Alongside the choice of stealth and action another key goal for the game was consequence – for every action there is a reaction. Consequence means your past will catch up with you. During a heist there’s a Heat level that ticks up based on your actions — anything from guards noticing alarms being tampered with, bodies being discovered or reinforcements being called into a firefight. So if you cause a ruckus, expect a response as the game reacts and escalates to your actions. The Heat level never drops in Filthy Lucre; it only ever goes up towards boiling point.

Our third goal was to make sure you can have fun playing together, experiencing a mix of stealth and action, all while feeling the heat of your past catching up with you. One mechanic we introduced to co-op was Interrogate. If your partner in crime gets taken out, the guard will interrogate them causing the heat level to increase. You will have a 10 second window to decide whether you save your buddy or to run off with the goods to save your own hide!

Let’s see how that plays out…

This time there was honor among thieves! If you do choose to leave your buddy to the wolves your location will be revealed to the guards and they will come for you next!

Filthy Lucre is your heist, your way: guns blazing or slow and stealthy, solo or co-op, but whatever you do – get out with the goods and don’t get greedy. Your past will catch up with you.

We hope you enjoy playing Filthy Lucre as much as we enjoyed making it and we can’t wait to see the different ways you play the game. You’ll take on 15 missions across 5 locations, unlocking 30+ upgradable weapons and gadgets. All missions are available in single player, local co-op and online.

We would love to hear your heist stories! Chat with us in the comments here, or send screenshots to @fabrikgames with the #FilthyLucre hashtag.