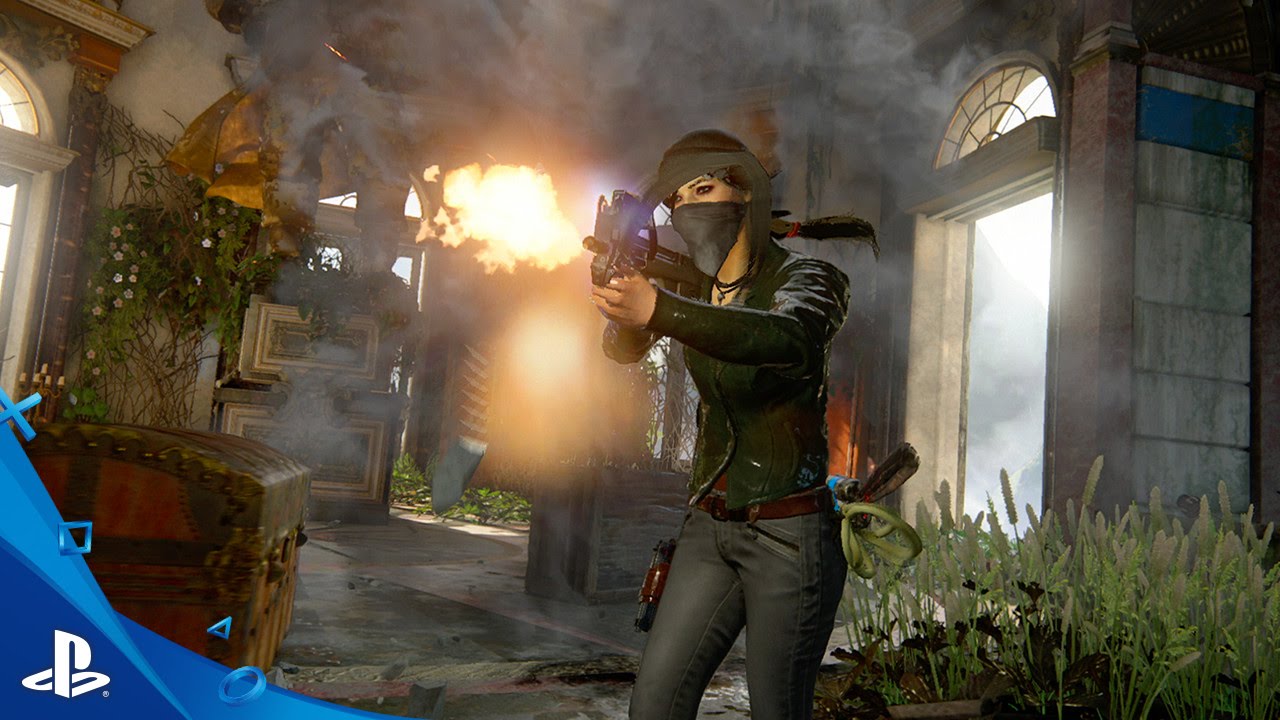 It’s been just over a month since we launched Uncharted: 4 Lost Treasures DLC — our first multiplayer DLC update for Uncharted 4 Multiplayer, which introduced a new map, new weapons, a new Mystical, our revamped Rank System, and more.

Since then we’ve been hard at work on our next major multiplayer DLC release and gathering player feedback as we continue to evolve the multiplayer experience. One comment we see and hear the most is “Release more maps!” Rest assured, we’ve heard you loud and clear and today we’re excited to introduce New Devon, an all-new multiplayer map launching today in Uncharted 4 Multiplayer.

Like all of our DLC, New Devon is available for all players as part of a free update. Inspired by the Uncharted 4 campaign, New Devon is set in the lush ruins of an abandoned pirate colony. It’s one of our largest maps to-date and features wide open exteriors with elevated vantages for those who prefer long-range engagements. If you’re more of a run-and-gun player, don’t worry — there’s no shortage of tight corridors for close-quarters combat.

Alongside the launch of New Devon, we’re also introducing an array of changes and improvements to Uncharted 4 Multiplayer, including new ways to earn Relics and unlock Multiplayer items. Now, in addition to completing Challenges, players can acquire Relics by completing and winning matches. We’ve also added Premium DLC Skins and Pre-Set outfits to DLC Vanity Chests, giving players a chance to unlock Premium vanity items at a reduced Relic cost. This Friday, September 2, we’re also kicking off a sale in the Uncharted 4 Multiplayer Store, offering discounts from 33% to 62% on all DLC Relic chests until Friday, September 16.

For our more competitive players, the 1.12 patch also includes updates to Ranked Team Deathmatch and a new set of rewards for Season 2. We’ve taken the community’s feedback to heart and with these changes, we’re aiming to make the competitive experience more rewarding for solo players. Be sure to swing by the Uncharted 4: A Thief’s End website for more details on Ranked Team Deathmatch Season 2 and full list of updates in 1.12.

As we’ve said before, there’s plenty more to come in Uncharted 4. In September, we’ll be launching our new DLC update, which will add a new map, game-type, personalization items, and more. We’ll be sharing more news about our next DLC drop soon, so keep an eye on our Twitter, Facebook, Instagram, and Snapchat pages.

In the meantime, we hope you enjoy New Devon and we’ll see you online!