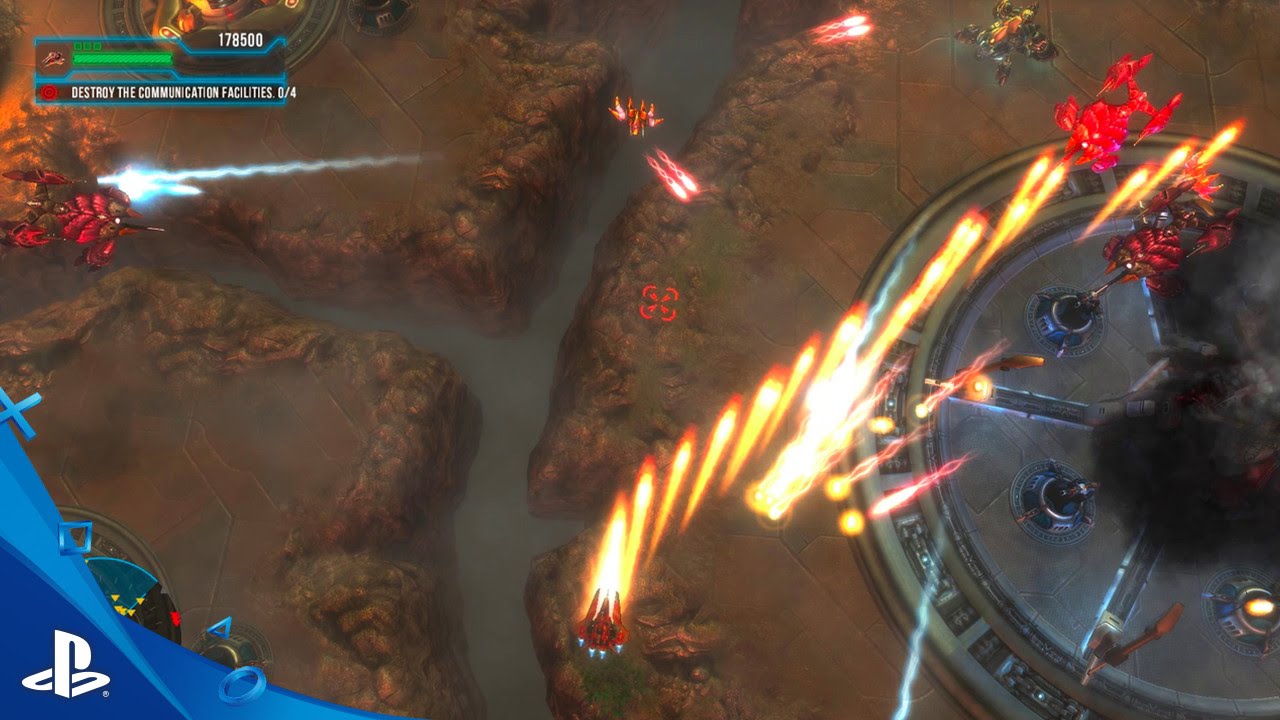 Earth has been invaded by a race of bio-mechanical beings from outer-space known as Zeetnuks. A group of humans organize themselves to resist the invasion, but soon discover they don’t stand a chance against the enemy’s technological superiority.

Combining human and alien engineering, The Resistance sets out to create a fleet of ships to fight the invaders. The Zeetnuks uncover the Resistance’s plans and launch a surprise attack against their base. During the attack, Resistance pilot Desmond Phoenix manages to escape on a KZ 72 — one of the models being developed, which everyone will come to know as Dogos.

I’m Pablo Testa, Dogos’ developer. I have a special affection for retro-games of the 80’s — especially action games that require your full attention, and challenge your skills to improve your talent as a gamer.

Dogos is inspired by classics shmup games like Xevious, R-Type and Desert Strike. I grew up playing these games, and I wanted to update that amazing gameplay experience to the present day.

Dogos uses current technology elements, such as 3D graphics and a dynamic camera. Like in an open world game, the player can move around freely in any direction through the scenarios. This is a real innovation for games of this kind.

This is an action-packed experience that will challenge your skills and your senses with loads of explosions, challenging bosses, and an incredibly catchy soundtrack. Dogos will be coming to PS4 on Sep 6th to remind you how a play a retro shmup game in the present.