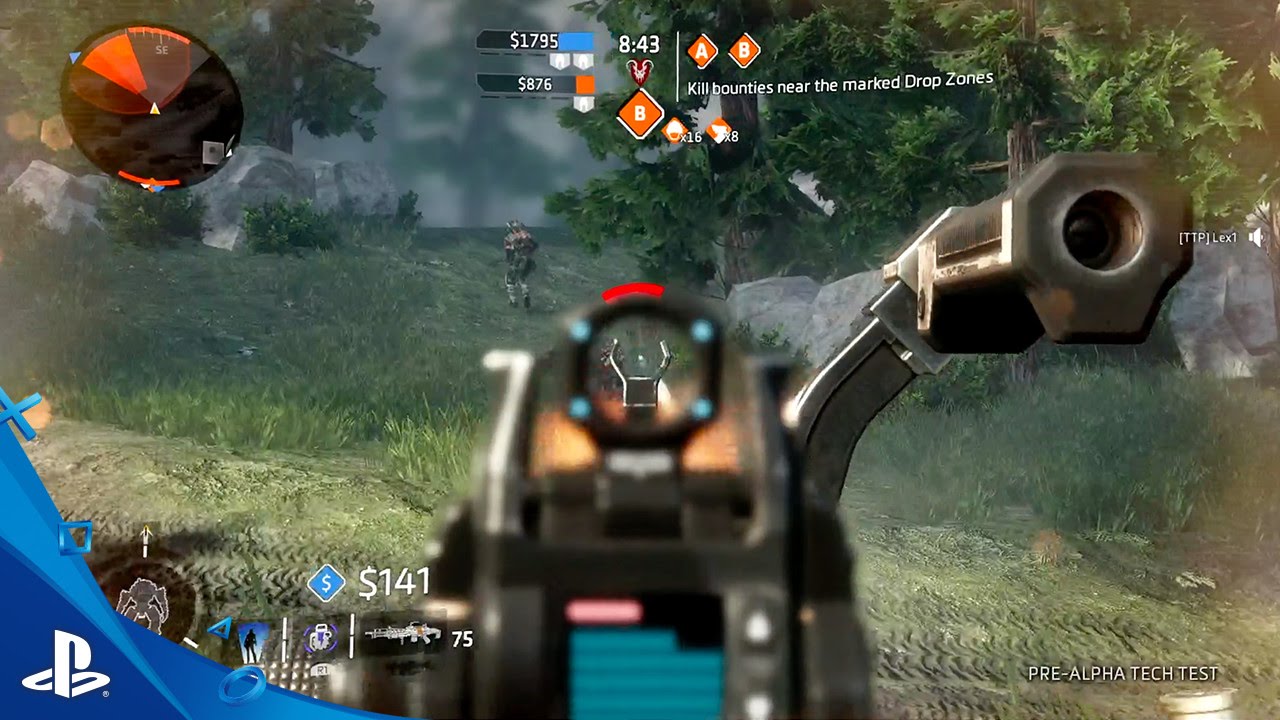 This episode features a look at Bounty Hunt, a wave-based mode where players need to bank their earnings but lose half their stash upon death, and Amped Hardpoint, a domination-style control mode with a twist: hardpoints can be captured twice — or “amped” — to earn double points.

The second half of my interview at Respawn HQ following the event where I captured this footage. This time, I talked to Todd Alderman, lead multiplayer designer on Titanfall 2. Listen to the first part of the interview, which focuses on TF2’s single-player mode, here.

I’m not the greatest FPS player in the world, but I tried to highlight clips that feature some interesting new gameplay mechanics like the Holo-Pilot and Cloak abilities, and new Titan Ion’s Laser Core ability. I didn’t manage to get a clip of Titanfall 2‘s sweet new grappling hook (it’s so awesome) in there, but I dug back into my footage and plucked a few clips out to show you, our loyal readers:

I hope you enjoy the episode! Don’t forget: Titanfall 2 has a multiplayer Tech Test that just kicked off today, where you can try the game in an early state for yourself before it launches on October 28. Read about the Tech Test right here, or head on over to PlayStation Store to dive in.