Andrew Ryan and his doomed vision of Rapture are arguably more relevant today than when BioShock first launched eight long years ago. 2K Games is celebrating the anniversary with BioShock: The Collection, launching September 13 on PS4 (September 16 internationally), which combines updated versions of BioShock, BioShock 2, and BioShock Infinite — complete with their single-player add-ons.

According to 2K, all three games share a set of enhancements over their PS3 predecessors, including increased texture quality, native 1080p resolution, and a higher framerate targeting 60 frames per second.

I enjoyed a bit of hands-on time with The Collection, and I liked what I saw. Read my notes below. 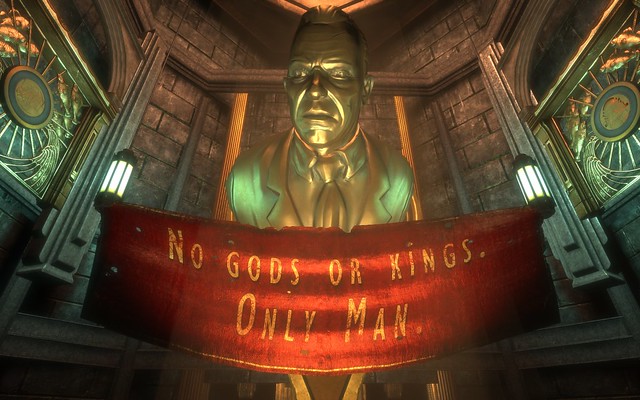 Of the three included games, BioShock benefits the most from a fresh coat of paint. Though still based in Unreal 2.0, the reworked textures, higher resolution, and framerate improvements all push this version way, way ahead of its PS3 predecessor.

What’s more, developer Blind Squirrel has lovingly retouched some key areas of the game, adding new visual details that flesh out the presentation without betraying the legendary art direction.

The results are subtle but additive. I noticed denser seaweed and starfish clinging to the exteriors of Andrew Ryan’s crumbling undersea empire during the iconic Rapture reveal sequence, for example. And an oversized full moon now looms over the opening plane crash sequence, lending a more dramatic look.

Otherwise, this is the BioShock you remember — but looking more polished than you’ve seen it.

Bonus content comes in the form of Challenge Rooms, a (fun) arena mode that first saw light way back in the PS3 version. You can also visit an interactive Museum of Orphaned Concepts, which shows off designs left on Rapture’s cutting-room floor.

BioShock 2 offers similar benefits thanks to PS4’s muscular hardware, providing a smoother, cleaner presentation compared to its original PS3 version. This makes a good case for revisiting what was, all things considered, an enjoyable follow-up to Irrational’s 2006 classic. BioShock 2’s multiplayer mode, however, does not make the cut. 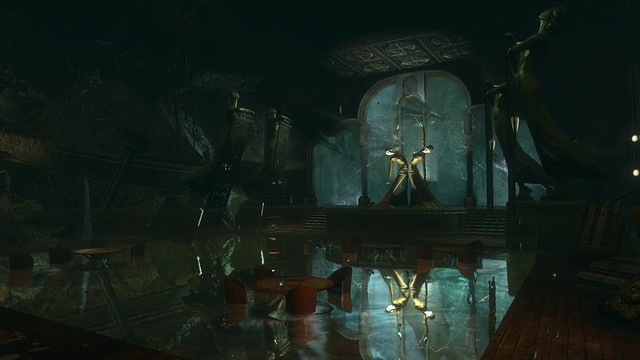 Of BioShock 2’s two included add-ons, the most notable is Minerva’s Den, a highly regarded story-driven campaign written by Steve Gaynor of Fullbright and Gone Home fame. I’ve heard it described as one of the best entries in the entire BioShock series, and I’m eager to see if the legends are true.

BioShock Infinite is the most technically impressive of the three games, and it’s no surprise to see the PS4 version far surpass the 2013 PS3 release. The increased resolution, texture quality, and frame rate breathe new life into the blue skies of Columbia, and give the game a brisker feel. 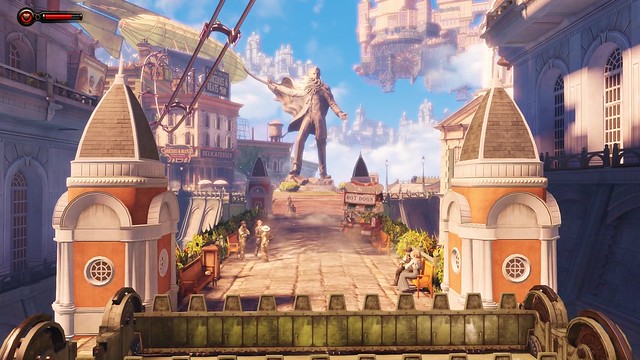 As with BioShock 2, the wealth of post-release content is a major draw. The two Burial at Sea episodes are the highlight here, setting protagonists Booker DeWitt and Elizabeth in an all-new story set before the fall of Rapture.

BioShock: The Collection is a big package — so big, in fact, that it spans two Blu-ray Discs. And there’s plenty here to discover for series veterans and newcomers alike.