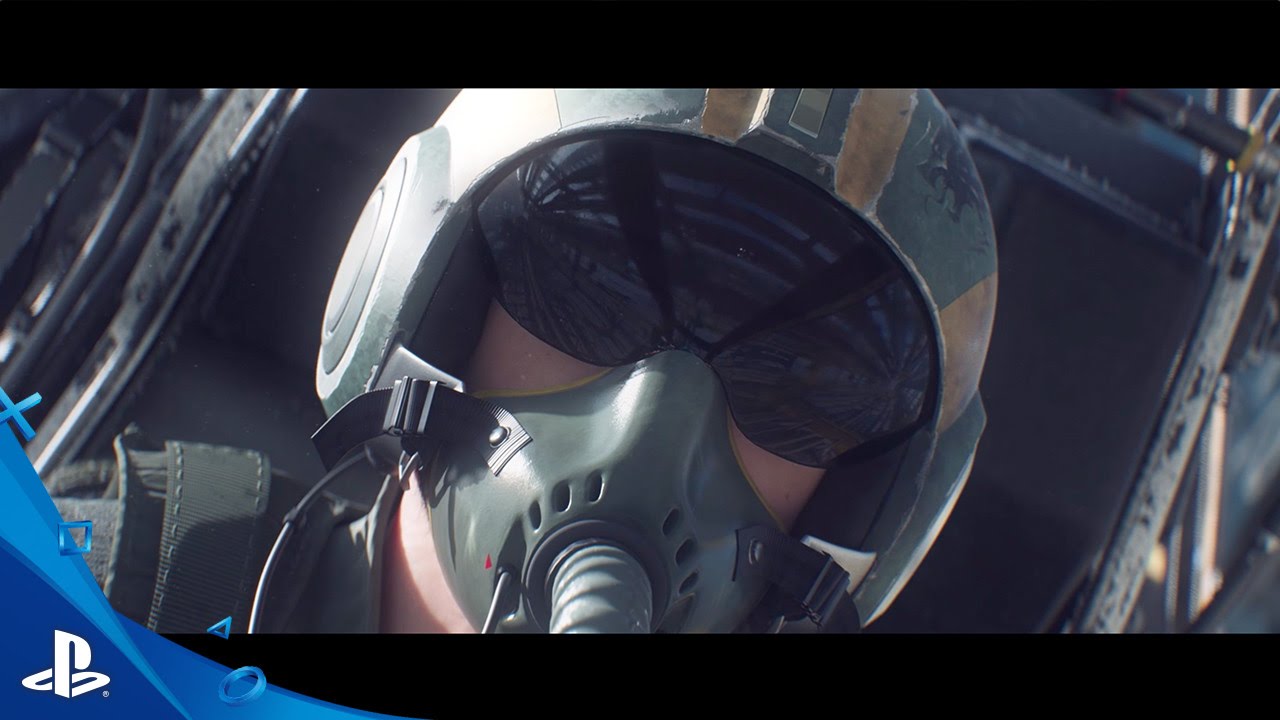 After putting the finishing touches on the PS4 version of Strike Vector EX two weeks ago, our three-man Ragequit team is ecstatic to share our game with you. Come Tuesday, August 30, you can strap yourself into a Vector!

The road here has not been easy. When we originally created Ragequit Corporation, we had all worked at larger companies, like Quantic Dream (Heavy Rain), Ubisoft, Amerzone, and others. Pierre-Etienne Travers (artist), Cedric Lecacheur (programmer), and myself had only ever worked on games we were told to work on. This was the first one where we could do anything we wanted. Anything!

Strike Vector EX is inspired by many games. We used to play a ton of Quake and Counter-Strike at lunch. Our original goal was to make an air combat game. When we started, we were looking at the combat from Crimson Sky. When we realized it wasn’t going fast enough, we increased the speed. We started shifting toward Quake. Once we realized that the sensations were the same, FPS-style combat was further integrated. It took some time, testing and all, and we improvised a lot!

Strike Vector EX is not just an aerial combat game, but a fast-paced, mech-style FPS dogfight. You can blaze into combat at full speed, instantly stopping in stationary mode, spin around like in Descent, and blast your enemies. We provide you with a third- and a first-person perspective and — once you get the hang of the first-person view — you’ll never turn back. That’s when Strike Vector gets really fun. 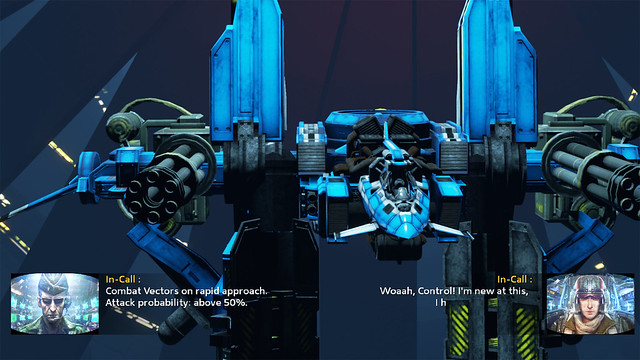 We built the PS4 version from the ground up. We don’t think of it as a sequel — it’s really a brand new version of the game. Strike Vector EX runs on the Unreal Engine 4, targeting 1080p at 60 frames per second. It features a full single-player mode with cutscenes, including 15 missions, plus mini-games and side-missions such as survival, attack, destroy, and duel, all with relentless AI.

We added a Skirmish mode — an offline multiplayer mode packed with nasty AI bots. And we have given gamers the option to fully customize the look of their Vector and their weapons. So if you like to snipe from afar, plow people with a Gatling gun, or prefer the up-close blast of a shotgun, you’re in luck. There are up to 10,000 different weapons, special items, and armor combinations! 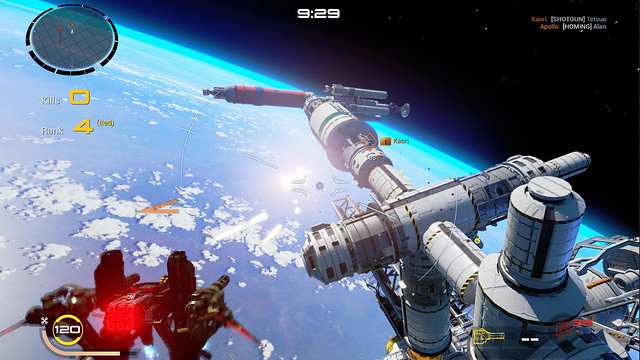 And, of course, we have the ultimate mode of them all: multiplayer for up to 12 players on 15 maps. This is the heart of our game.

We cannot wait for you to jump in and play. See you on August 30!