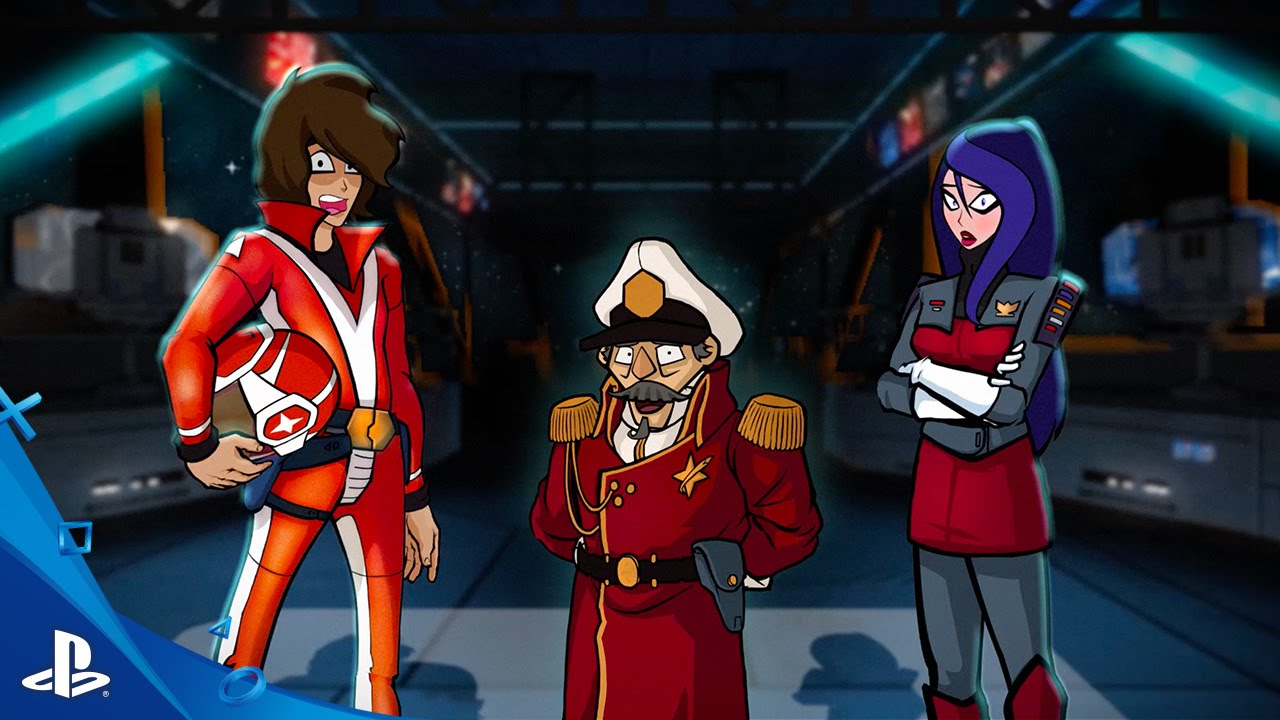 Galak-Z’s long-awaited free Season 5 DLC launches today and is ready to take you into the endless vortex of warped space combat known only as The Void! We are rebranding Galak-Z to reflect the update since the new content opens up a whole new way to play.

Did we mention that you finally get to fight the Baron?!

With newly implemented Online Leaderboards, The Void game mode provides an endless playground for players to showcase their moment-to-moment survival skills and to post their scores as a challenge to friends and foes alike.

Galak-Z is all about honing one’s ability to dexterously pilot their ship and to strategically leverage the mech form to take on any set of enemies and environmental hazards. While we’ve kept the narrative-based, procedurally generated Rogue and Arcade story modes, The Void focuses on the essence of Galak-Z while providing an ever-escalating difficulty curve to challenge even the most skilled player. To help encourage true competition, we have introduced the Daily Challenge that provides the same unique loadout and level layout seed for all who participate each and every day. Players can come back daily to see who will top the leaderboards!

We listened to your overwhelming feedback and provided an endless stage to show off your moves in this spinning space death ballet… well, until you die. But, you can take all your ship piloting mastery and mech sword-swinging prowess you’ve gained in this wasteland back to the main single-player campaign. Whether you play in unforgiving Rogue Mode or in Arcade Mode with its progression saving continues.

Myth Debunked! You Can Hear Music in Space

What better way to give you that Galak-Z feel than to have it echo in your head with the highly addictive soundtrack from the wizard who inhabits the cosmos, scntfc. Beyond the Void sets the tone for the intensely ramping action of The Void and is scntfc (AKA C. Andrew Rohrmann)’s latest addition to an already killer set of tracks. Much like The Void DLC, Beyond the Void is free for your ears! You can check out the track, or buy the album in digital or Saturn-inspired 7″ vinyl from here.

scntfc found a wonderful parallel from the same era that works perfectly to define the sonic setting within which Galak-Z takes place: the synth-heavy film soundtracks of the late 70s and early 80s. Taking cues from the likes of John Carpenter and Goblin and the soundtracks they were responsible for… from Escape From New York to Dawn of the Dead.

The music echoes the ever-changing nature of Galak-Z’s moment-to-moment array of frenetic combat. It’s no small feat to take layers and layers of tracks and blend them together to broadcast what’s about to happen in the heat of battle while also making it sound like a seamless score. As if the composer is sitting over your shoulder and adjusting the music to fit your every action. Not creepy at all, scntfc!

So suit up and get ready to launch into The Void! A-Tak and the whole crew will be watching the Leaderboards from the dark side of an asteroid near you!