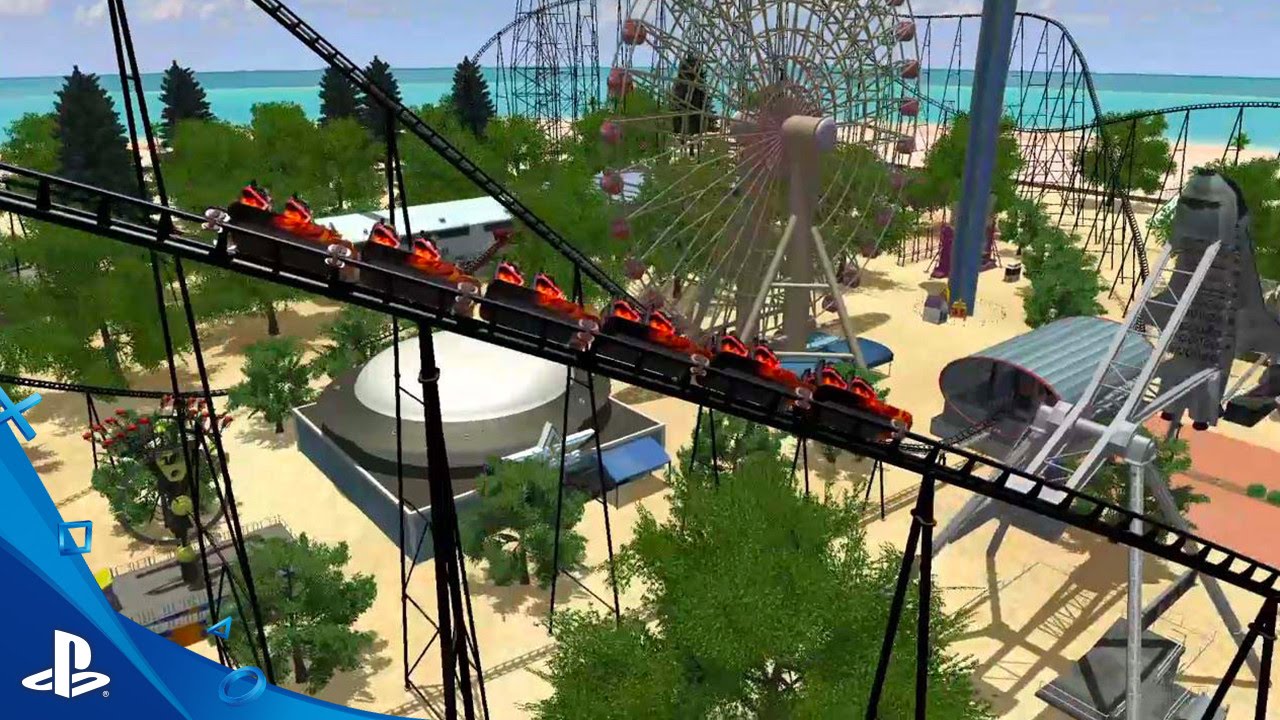 Hiya! I’m pleased to announce that Bimboosoft is bringing Rollercoaster Dreams to PS4 and PS VR on October 13.

Rollercoaster Dreams is an amusement park management game. You can play in your own amusement parks, and amusement parks made by players from all over the world! The game supports PlayStation VR, so you can feel like you’re truly in the game world.

As you know, you can see objects in real 3D with PlayStation VR. But the visual element isn’t the only feature of PS VR that enhances a player’s immersion. PS VR also has awesome 3D virtual surround sound. When you wear headphones you can recognize the position of sounds. I thought it would be impossible to generate sound positions with headphones, but I was surprised to learn that we recognize sound position by differences in sound timing, not the sound wave direction. The virtual surround sound enhances the realistic sensation of the amusement parks in Rollercoaster Dreams.

Although you can play Rollercoaster Dreams in VR and with a regular display, I strongly recommend you play it with PlayStation VR. The feeling of entering into the world of the game is incredible. It’s a revolution in gaming, similar to when games made the leap from sprites to polygons. I’m fortunate to be involved with this revolution, and looking forward to playing other games with PlayStation VR.

I hope you enjoy the virtual amusement parks in Rollercoaster Dreams!