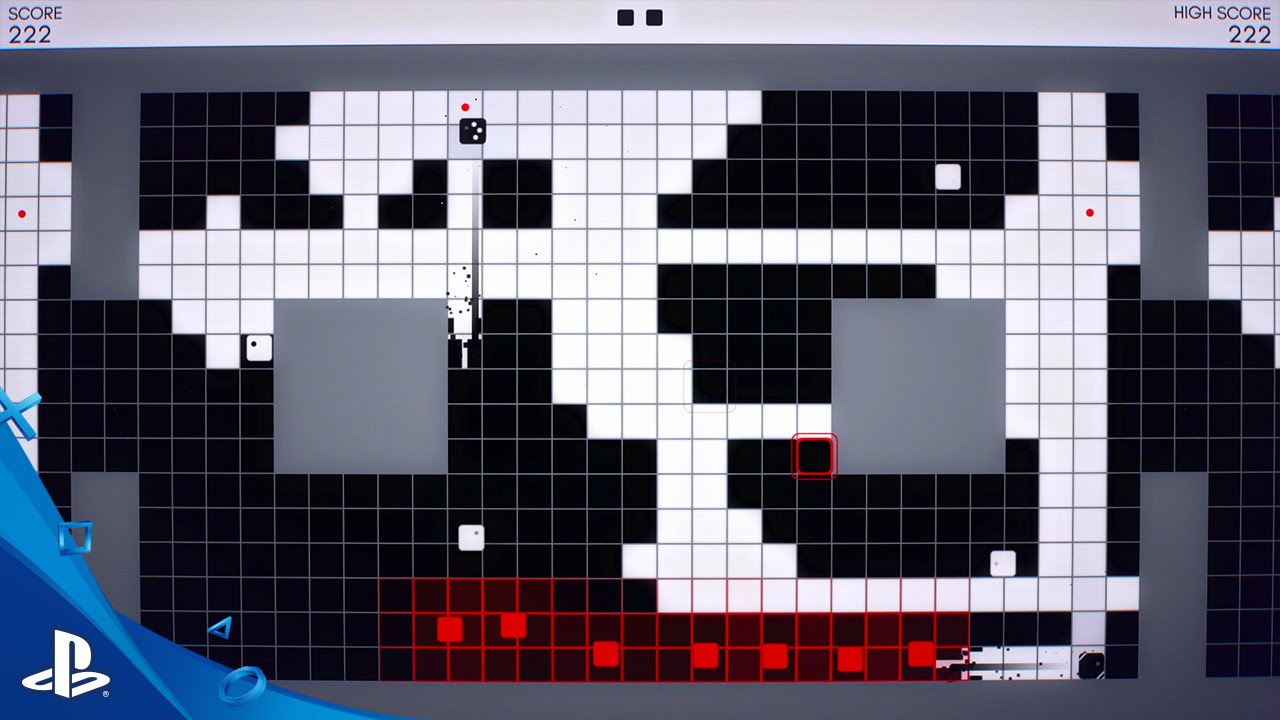 Hi everyone, it’s Ryan from Inversus again. Earlier this year, I stopped by to announce that Inversus was heading to PS4. Today, I get to be more concrete and commit to getting it in your hands August 16!

For those of you seeing the game for the first time, I’ve also brought some brand new gameplay trailers to show how it works. Let’s check out versus mode first. One team moves on the white tiles and the other team moves on black. Using limited ammo (that revolver of dots on the ships), players can flip the tiles and open up a path, while also blocking movement from the opposing team. With every attack, you are changing the map.

This space-swapping combat is also at the core of arcade mode, but now it’s you against endless waves of enemies fighting for a high score. With the shifting terrain and ammo management, Inversus puts a strategic spin on the classic arcade shooter. Let’s take a look!

Now that everyone is up to speed, let’s talk about the most exciting new feature added since I was last here. You might have seen the word pop up in the above video, but I’m happy to reiterate that Inversus has been upgraded with full online multiplayer support! Create a private match with friends or let the game find players for you in public matchmaking. One-on-one, two-on-two, and cooperative arcade mode are all supported.

While Inversus is always asking the player to plan and think, it also runs at a hyper fast pace. With one hit kills, near miss dodges, and timed attacks that parry back and forth, it’s critical to have responsive input. This makes networking a challenge, and I wasn’t going to settle for a mediocre experience. To solve this problem, Inversus is a bit like a modern fighting game in its use of rollback based networking.

The networking details get a bit technical, but the general idea is to make sure the control of your ship and your ability to respond to incoming projectiles is practically lag free. When the game learns about what your opponent is doing on the other side of the world, it can actually rewind time, make the correction, and fast forward back to the current time. This all happens in the span of a single frame so your controls remain unaffected. The resulting match is about as responsive as online gameplay can get.

I didn’t want to add online multiplayer unless it could match the pace and feel of the game. It was a bunch of work, but so worth it, and I’m thrilled to put something in your hands that I’m really proud of. Whether you have friends on the couch or not, you can finally play the entire game at any time of day. I’ll be waiting for you online and Inversus will be waiting for you on PlayStation Store August 16, priced at $14.99.