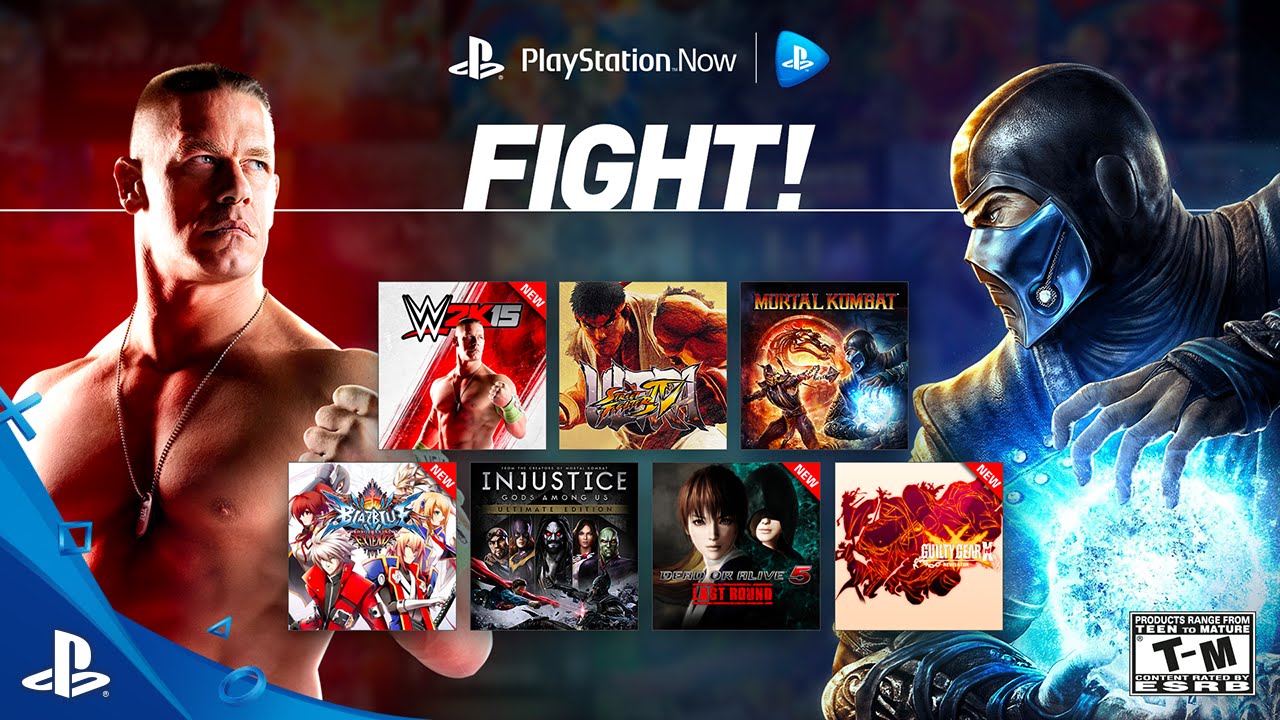 Here’s a short description of each of the new games this month:

WWE 2K15 (New)
WWE 2K15 delivers authentic WWE gameplay, closer than ever to what fans see on WWE TV. With a host of gameplay advancements and innovative features, WWE 2K15 brings the atmosphere of WWE to your home.

Bellator MMA Onslaught (New)
A first of its kind, this is a fast-paced arcade style MMA fighting game with easy to understand controls that enable players to quickly master the clinch and ground game. Design your own fighter and compete against other players’ creations and the best fighters Bellator has to offer to level your fighter, master MMA techniques, unlock moves, earn belts, and climb to the top of the world rankings.

Arcana Heart 3: Love Max!!! (New)
An explosive, fun-filled 2D fighting game from the teams that brought you Guilty Gear and BlazBlue! Choose between 23 adorable fighters and 23 arcana — celestial beings who can change the balance of your character — and stop the evil Drexler Institute from destroying Japan!

BlazBlue: Chrono Phantasma EXTEND (New)
The definitive installment of the renowned 2D fighting game franchise, BlazBlue, can finally be played in your living room. Uncover the secrets of the Chrono Phantasma Extend.

Last Chance to Score 3 Months of PS Now for only $29.99
The time has come to stage your gaming getaway. The PS Now summer discount ends on July 11. So be sure to lock and load your 33% discount before it’s too late. If you haven’t given game streaming a shot, there’s a 7-Day free Trial to get you started. With 400+ games including top franchises like Borderlands, BioShock, WWE 2K, NBA 2K, XCOM Enemy Within and more, there’s never been a better time to join.