A Story You Control in Deus Ex: Mankind Divided

Combat or stealth? Lethal or non-lethal? Plasma rifle or fire extinguisher? There’s nothing quite like freedom of choice in video games (fire extinguisher every time, by the way) — and between its wealth of combat and dialogue options, Deus Ex: Mankind Divided offers plenty.

But in a world where biotech has been blended into a Molotov cocktail of paranoia, segregation, and racism, what you perceive as “right” and “wrong” may end up being more mixed-up than you planned. Which is exactly the perfect storm Eidos Montreal is striving for.

“We wanted to take a look at the human condition in the face of the tragedy that came at the end of Deus Ex: Human Revolution,” says Mary DeMarle, Executive Narrative Director.

“As Adam Jensen you’re dropped into scenarios where you’re deployed against terrorism and the people behind it — but are they really terrorists? Will you actually see them as ‘evil’ when you encounter them? And how will that affect your decisions?”

Set two years after Human Revolution, protagonist Jensen may have embraced his new technological augmentations, but you’re the one who decides what he does with them.

“One of the things we really wanted to do was make your choices and consequences pay off on many levels throughout the game,” explains DeMarle. 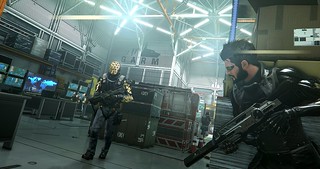 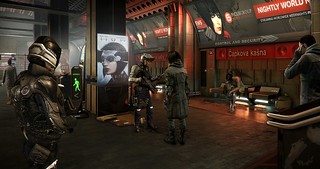 “Sometimes you may not be aware of them but others require you to choose between two specific paths which impact your end game. And how you approach the final mission will depend on all these choices through the game, meaning you’ll get a different experience of the ending to someone else.”

While from the player’s perspective it’s great that you have a say on whether Jensen is a charismatic, cool pacifist or a cold-blooded, fire extinguisher-wielding maniac, but for the game’s principle writing staff, making sure you had all of these options was a colossal task.

“As a writer you still have to get the scene to an emotional beat which makes sense, taking into account the variable player choices,” says DeMarle. “So a three minute scene may end up being around 30 pages of script.”

“We ended up creating what we call The Tree of Life, which tracks all the possible choices in the game — and we did it via Excel, which was probably not the best program for that sort of flowchart!” she laughs. 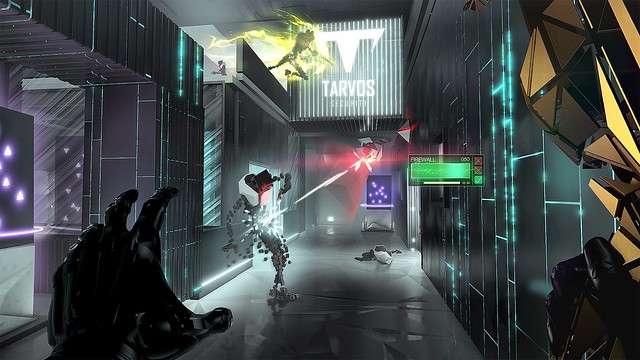 “From a script standpoint, every time I have to go back to that final mission and try and keep track of everything that could lead to it, my head wanted to explode!”

With the team’s ability to be as agile as your in-game choices, DeMarle is also keen to make sure you have plenty of side missions that, while not as crucial to the plot, are important to the game’s themes and offer a new spin on both your overall mission and Jensen’s evolving personality.

“Some of my favorite stories in the game are the ones which are totally optional, but you could still miss an awful lot if you ignore them,” says DeMarle.

“You can solve some side missions in 10 minutes, but if you take your time and explore you can start peeling away at the story and meet additional characters.”

“We wanted to add more environmental storytelling like we did in Human Revolution, so by exploring apartments you see these little micro stories through their appearance — things like emails and other details that have nothing to do with your objective, but flesh out the world you’re in.”

And then there’s the ultimate choice. When you complete the game, you have the New Game + option which lets you start over with your fully kitted out version of Jensen.

“We know New Game + totally breaks the narrative, but this is a game about choice, so we wanted players to explore that in this aspect too,” smiles DeMarle. 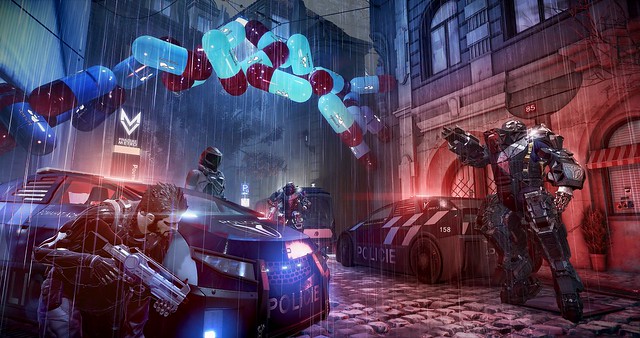 “Your augmentations in New Game + really let you take advantage and get access to stuff that you didn’t know was there the first time, especially as we designed the game to feature more verticality and 360 entrances for some of the buildings.”

No matter where your version of Adam Jensen ends up, the future looks shiny when Deus Ex: Mankind Divided launches on August 23 — but DeMarle had an interesting revelation to close on.

“We had all the usual points of inspiration, like William Gibson’s Neuromancer, Scientific America magazine, articles on transhumanism and a book called Radical Evolution, but I also watched a lot of good TV like Sons of Anarchy and Breaking Bad when working on the game,” she says.

“Even things like The Shining are influential because the characters are so well rounded. And I like China Miéville’s work, which is more steampunk.”

Would she consider a steampunk version of Deus Ex, complete with a tweed wearing Jensen?

“That would be really cool!” laughs DeMarle. “I certainly wouldn’t be adverse to it! But it’s a collaborative effort with the team… although I think Jonathan [Jacques-Belletête, Executive Art Director] would love that!”

“It may not even end up being Jensen, though — maybe someone new…!”