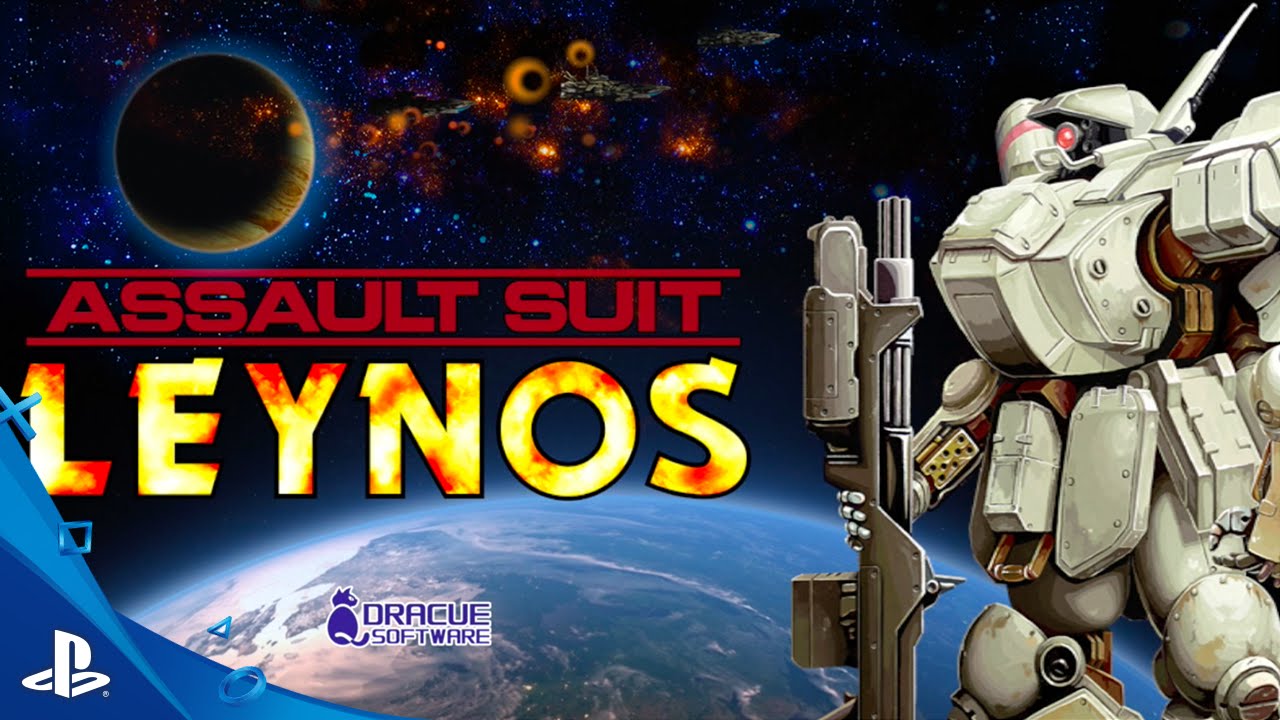 Behold — the original shooter from the 16-bit era, now with stunning HD-era visuals! We announced Assault Suit Leynos for PS4 only a few short months ago, and since then there has been a real surge in excitement from fans of the classic series, known originally as Target Earth.

The game received a staggering showing at PAX East in the U.S. and also at London’s ComicCon. Illustrated by the community reaction, Leynos is fondly remembered by fans of the 16-bit classic, and that’s why we can’t wait to bring this blistering, high-definition remake to PS4 with enhanced visuals and entirely new gameplay features.

Our developer partner Dracue, based out of Japan, is handling the respectful and faithful coding duties (so that’s why you’re stuck with me, a Rising Star publishing person). You’ll see we’ve not dialed down or diluted the series’ (in)famous level of challenge. This is a tough game, but fair — rewarding precision and skill. We’re proud to shout about its hardcore nature. The newly remixed Arcade mode offers extended levels, full voice-acted cutscenes, and recalibrated AI enemies. For those who enjoy a real old-school experience, Classic mode challenges you to battle like it’s 1990 with authentic gameplay, effects, and music.

For newcomers, Assault Suit Leynos provides a rewarding learning curve. With patience and proficiency, you’ll begin to make headway into the game in no time, discovering your favorite weapon loadouts to choose for the mission, and enjoying the game’s climactic set pieces and anime sci-fi story. There’s also the opportunity to apply various gameplay modifiers to customize your experience the way you want it.

As a team made up of fairly core gamers, here at Rising Star Games we’re honored to bring this classic from our childhoods to a new generation of console and a new community of gamers.

Assault Suit Leynos is available digitally on July 12, priced at $19.99.