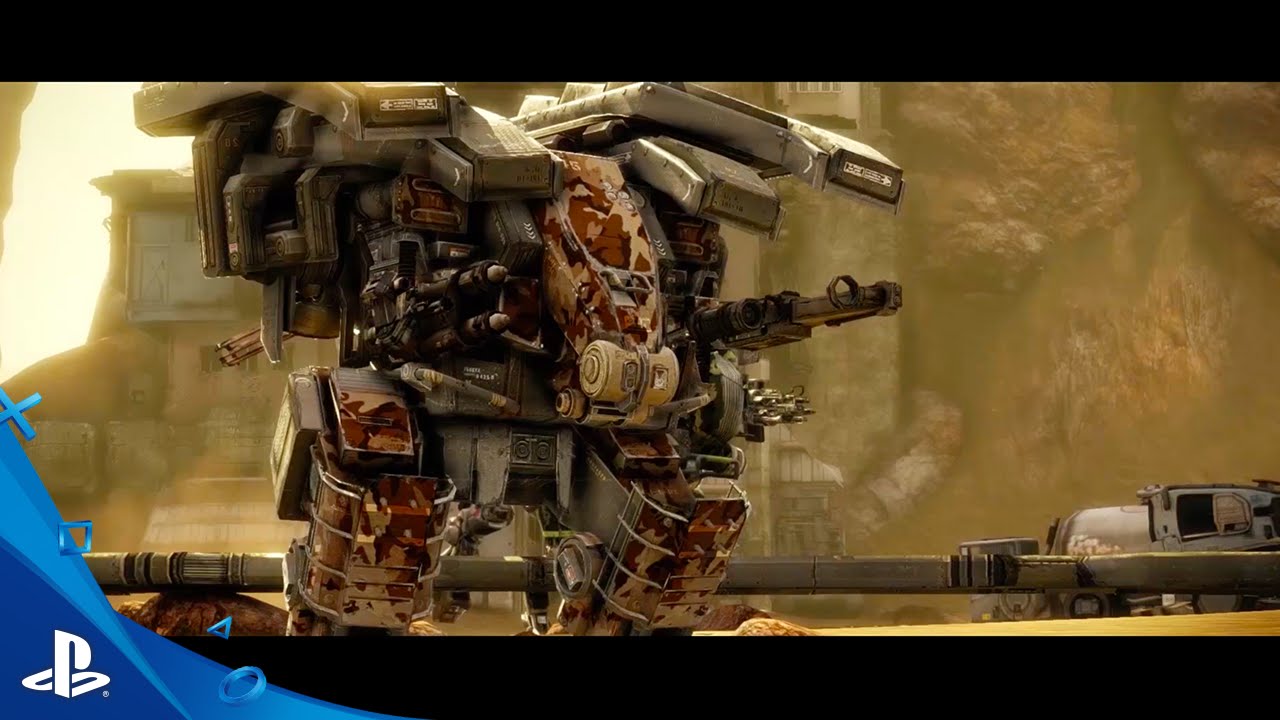 Hawken is a free-to-play, mech- and team-based shooter launching July 8 on PS4. Underlying our shooter is a surprisingly enormous and well-developed universe. So much so that there has been a hardback, 100+ page graphic novel, a five issue comic series, and a Brand Bible that covers a several-hundred-year timeline. When I first started on the Hawken project a little over a year ago, I wasn’t aware of this depth, and it’s been satisfying to see that so much thought and effort went into the mythology behind the game.

What, then, is the Hawken lore?

In the Hawken mythos, approximately 60 years from now humanity pioneers hyperdrive technology allowing for deep space exploration. From there, terraforming and colonizing efforts build a network of habitable planets. Eventually this leads to the discovery of a planet named Illal, which is deemed too risky and expensive to terraform; however, the potential profit prompts a set of multi-planetary corporations (MPCs) to purchase permission to do so privately.

And then everything changes. When one of the big 3 MPCs, Prosk, discovers mineral deposits that allow them to create lighter, stronger, and more versatile mechs, they begin to dominate the market. The competition turns to covert paramilitary activities in order to secure this seemingly-magical material, known as cavorite. Mechs designed for industrial purposes are retrofitted for covert armed conflict. The Illal mech industry sets a new high-water mark among all human planets.

With cavorite deposits limited to known meteorite impact craters, research into a potential synthetic replacement becomes a focus for the Crion corporation. During a raid on a Crion research facility, an explosion causes one variant of these materials to be released into the environment. This is the epicenter of the self-replicating nano-virus informally known as the “Hawken virus” in honor of its first victim, the renowned scientist James Hawken.

The nano-virus is indomitable. It converts organic material into a fast-growing metallic crust that ultimately covers a vast portion of Illal’s surface. Whole cities and regions are overrun, and the death toll is massive. It’s only the vast stretches of near-lifeless deserts that slow the growth of what becomes known as the Gigastructure. The nature of this nano-virus results in a quarantine of the entire planet by way of a relentless orbital blockade.

Illal’s economy falters, but the discovery of a high-density regenerative energy source called Vitrolium, derived from the Gigastructure, ushers in overt warfare to harvest the material and smuggle it off-planet through the blockade via “amenable channels”. All the while, the Gigastructure is steadily advancing, reducing the habitable land mass. The galactic human population is aware of the situation on Illal, but due to the nano-virus, intervention is not an official option. The chance to obtain Vitrolium, however, creates an irresistible draw. Our game, Hawken, is set within this turbulent context.