Call of Duty: Infinite Warfare Takes the Fight to a Plausible Future

We caught up with Senior Art Director and industry veteran Brian Horton after the show to learn more about how the new environment is reshaping everything, from straightforward traversal to throwing grenades.

“One thing that we wanted to do was take the Call of Duty recipe we know so well and find an opportunity to expand the mechanics and attempt some visual things we’d never done before,” said Brian of Infinite Warfare’s setting.

“So the challenges around that are: well, what does that look like?” he continued.

“So we took a tact in which we imagined a merger between NASA and the navy: you take the navy elements with the military aspects — things like battleships — and you push that into space with a NASA aesthetic and that fusion created what we think is a very plausible future.”

Brian was keen to emphasise how important it was to go beyond straightforward science fiction tropes and create something which felt like a future reality we might one day encounter. We were keen to find out how he and team struck a balance between striving for something grounded in a convincing reality while also creating a gaming experience that was ultimately fun.

“If you get too wrapped up in what is absolutely, scientifically correct, you nerf some of the core principles of what makes a great Call of Duty game,” he says.

“You have to stretch and squash and work with the facts to get what you really want from the experience. So, we do take some licences with the science — this is a mass-market product after all, like an action movie — but we really want to make sure we’re not going into laser beams and aliens.”

“We always start with the things that we know and then we’ll start to extrapolate and ask: what are those fantasies you have about space? What can I do in a zero gravity environment, for example? 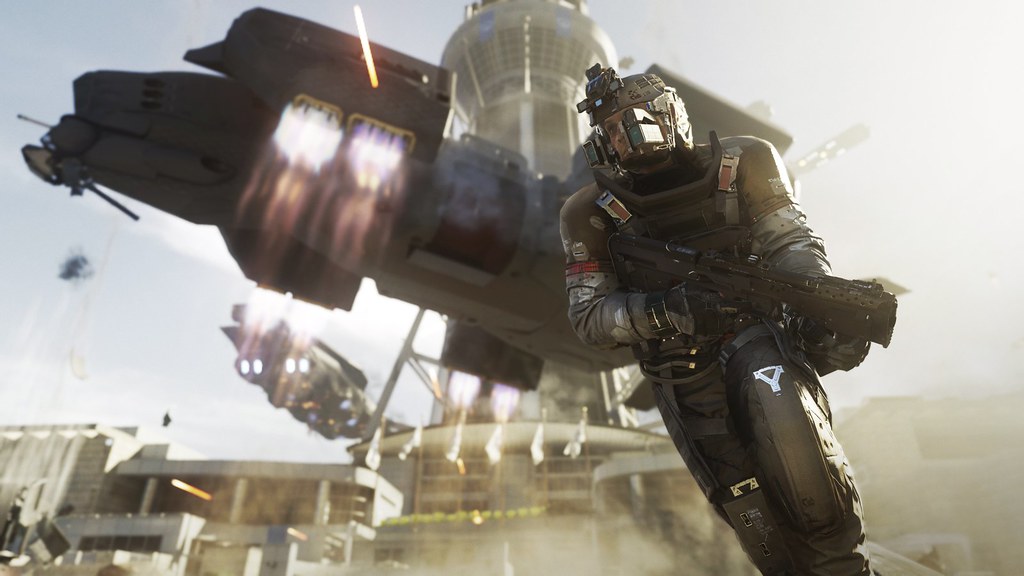 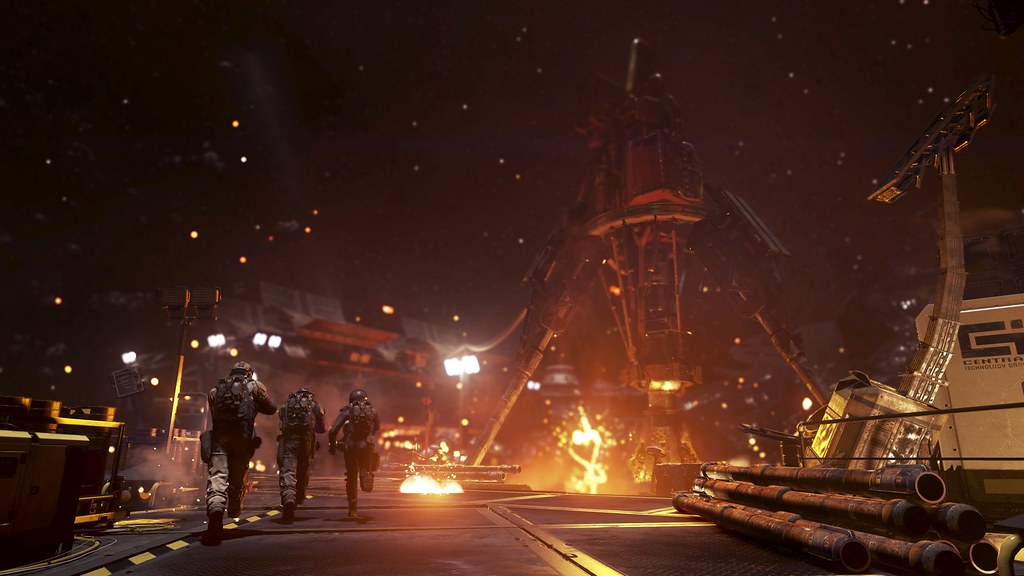 “And you start to think, zero gravity is slow to move around in, so I’m going to need something that will allow me to get through this space quickly — and that’s where the grappling hook came from.

“I can chose a location and zip to it or I can use it to grab an enemy and pull them towards me. That grapple mechanic is — for us — pushing toward the boundary of science fiction, but you can still imagine someone engineering it.”

From there, Brian talked us through several of the weapons showcased in the trailer, including the gravity grenade, which creates anti-gravity pockets that can temporarily suspend enemies in the air. His enthusiasm for the new tech he and his team are creating is clear — once he started talking gadgets, he didn’t want to stop:

“Regular grenades can be a little challenging in zero gravity, so we created a seeker grenade. When you throw the grenade it has its own weapon propellant which zooms towards the target and blows it up. We have adapted some of those classic weapons, like grenades, for the environment.

“We also introduced another new tool which is this little spider bot. So instead of throwing a grenade, you toss this guy out and he homes in on an enemy, attaches to them, and explodes.”

From where we’re sitting, we can hear the rumbles and explosions of the behind-closed-doors presentation being screened to journalists in the next room. We have to ask how that’s possible in space — it’s a vacuum, how do you handle sound?

“So we did some research to see if we could simulate sound in space, because in military application the absence of sound would actually be very detrimental. You need that feedback — explosions, bullets whizzing by you — to know how to react. And it matters as a player too. 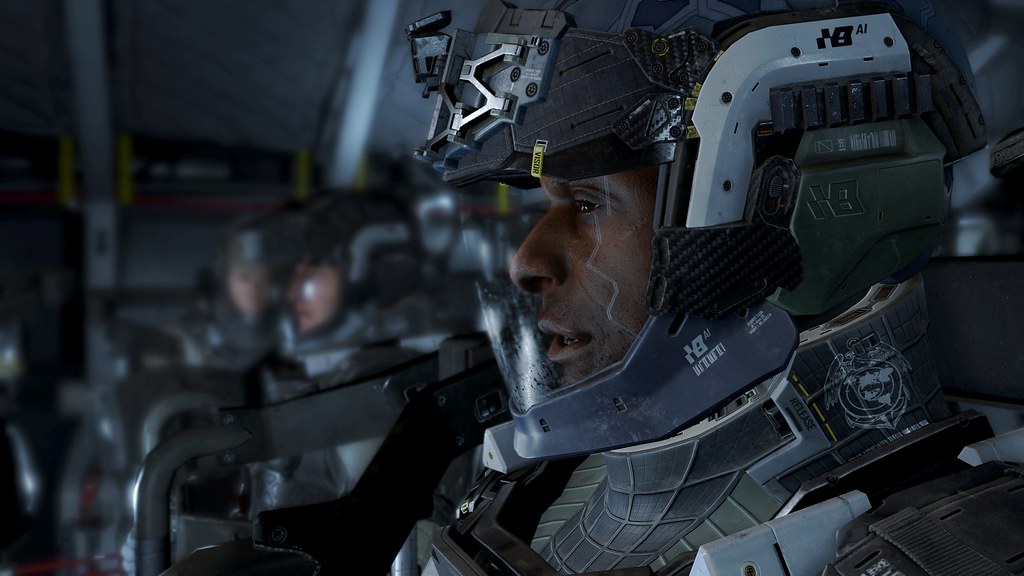 “In the game, there’s a way your suit can simulate those sounds and impacts through photons so that you have a tactical awareness of your environment. We’ve dampened the sound a little, but it’s still there to make sure the player has a good time. This is actually not science fiction either — it’s actually very plausible.”

Keeping that plausibility front and center seems to be a core of what the team at Infinity Ward is trying to achieve. What really impressed us was the amount of time the team has put into researching realistic solutions to the challenges the new environment provides and we can’t wait to see how these will play out in the final game.

Call of Duty: Infinite Warfare launches across all regions on November 4 — pre-purchase the Legacy or Digital Deluxe Edition and play the Modern Warfare Remastered Campaign 30 days early on October 5, only on PS4. Check it out on PlayStation Store.