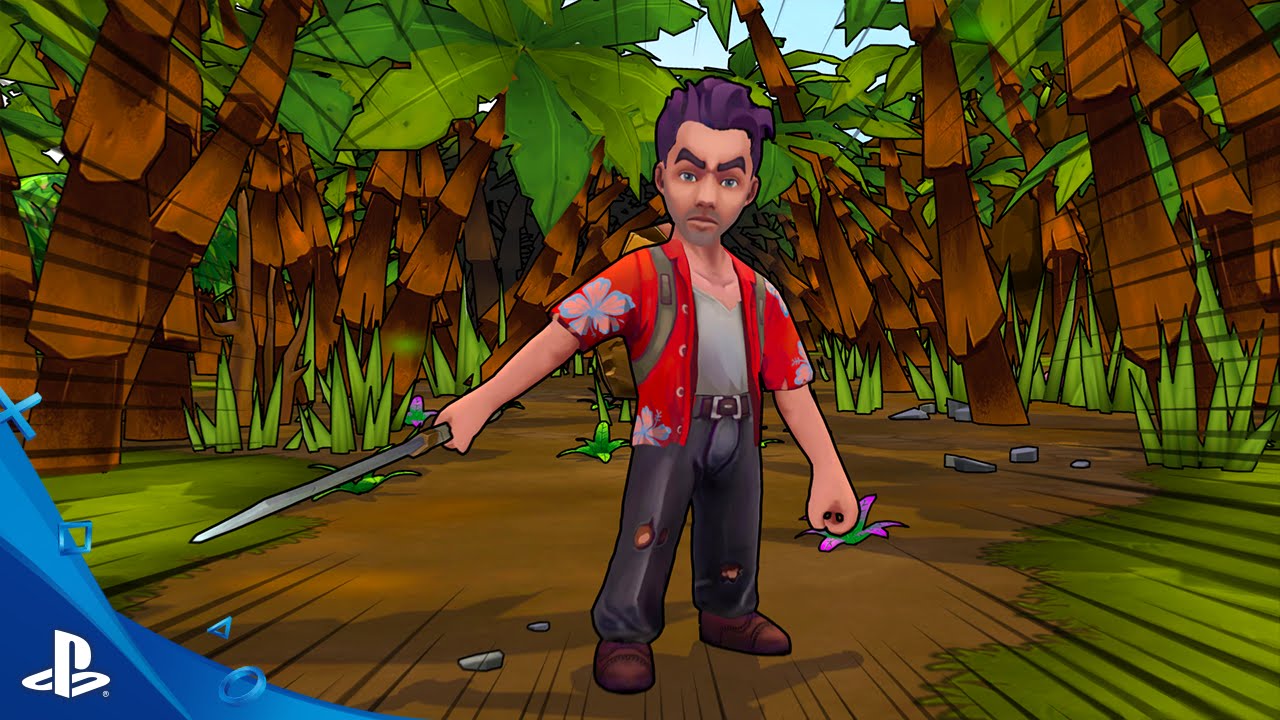 Hello again! This is Aidan from eastasiasoft with some exciting news about our game Lost Sea! After months of toiling away in secrecy we can now official announce Lost Sea will be coming to PS4 on July 5!

To coincide with the news, we put together a new trailer that showcases what the game is all about.

Lost Sea is an explorative action-adventure game set inside the perilous environment of the Bermuda Triangle. One of the core aspects of the game is exploring a myriad of procedurally generated islands, each with its own unique landmarks and population of friendly crew members and deadly critters.

The idea of having procedurally generated islands is something we decided on right at the start of the project, and the concept of a continually shifting archipelago lent itself well to the mysterious setting of the Bermuda Triangle. Lost Sea is a pretty challenging game, so we wanted to make sure that people wouldn’t get tired of seeing the same islands over and over again.

Implementing a procedural generation system is a pretty large endeavor. It takes a lot of work to devise a system that makes the game world sufficiently different while ensuring that the islands created are possible for the player to complete and have a good mix of elements. Throughout the course of development, we saw our fair share of crazy islands. From tiny beaches populated entirely with the deadliest creatures the game has to offer to having the player’s ship trapped on a lake inside the island, Lost Sea definitely kept us on our toes!

Overall we’re really happy with how the island generation system turned out. After landing on a new island you have no idea what you’re getting into. Maybe it will be easy to explore, populated with lots of skilled crew members and powerful items, or maybe it will be a gigantic, barren island full of murderous creatures and traps.

Having a release date is exciting… but that’s not all! We’re also going to be releasing a limited boxed version of Lost Sea in partnership with the fine folks over at Limited Run Games. There’s something extra special about seeing a game that you’ve worked on as a physical object, knowing that it will be in people’s homes around the world. It was an awesome experience putting together the manual and artwork, and it brought back memories of hours spent pouring over the manuals for our favorite games.

Make sure to keep an eye on our blog, where over the next few days I’ll be going into much greater detail about the development for some of the core features of Lost Sea. In the meantime, if you have any questions feel free to contact us on Twitter or in the comments section below!