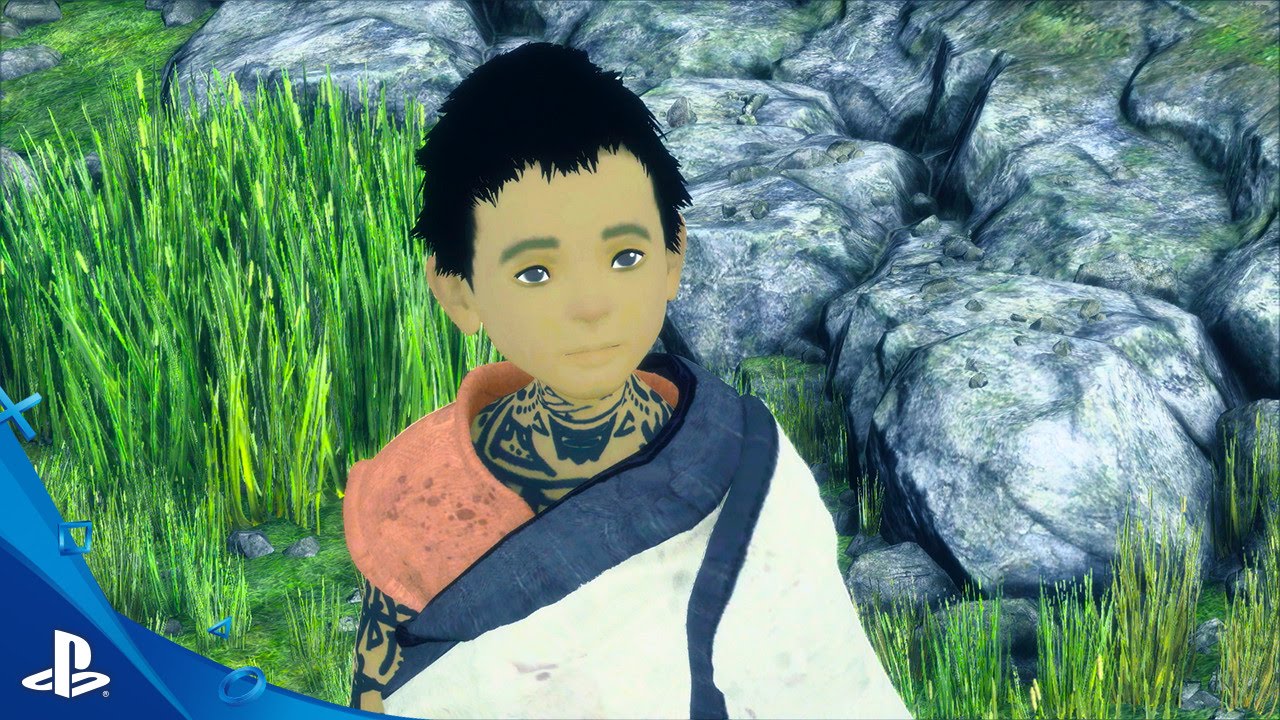 Team Ico titles — that’s Ico and Shadow of the Colossus, to date — are among the few games out there to have genuinely made gamers shed a tear thanks to their emotional, impactful narratives. And that’s an approach that The Last Guardian is looking to continue, as it tells the story of a young boy and his large and loveable animal friend, Trico. You’d have to possess a heart made of colossi stone if you’ve not been moved by some of the beautiful game footage shown so far.

But if you’re wondering how Team Ico has mastered the dark art of the emotional gut punch, we’ve got you covered. PlayStation.Blog had a chat with The Last Guardian Creator and Director Fumito Ueda.

1. The Power of Visual Storytelling

It’s easy for any storyteller to fall in love with their own words in telling a tale, but Ueda is more for letting the pictures do the talking, especially given the boy and Trico have no common language.

“They can only communicate via gestures, motion, and reactions, so visual storytelling was the best approach to making the game and showcasing the tale,” he says.

“I’m always looking at ways to convey human emotion with technology but at the moment I thought a great way to achieve a range of emotions and expressions was via an animal.”

While there’s a strong emphasis on visual narrative, The Last Guardian does something no other Team Ico title has done before.

“At the start of the game we use a voiceover of the boy when he’s older,” explains Ueda-san.

“It helps provide a sense of context when much of the communication is non-verbal. It brings the player closer to the boy because you can get direct access to his thoughts. It also gives us a natural way to deliver hints, information, and exposition to the player.”

3. Make the Player and Character as One

The Last Guardian’s human protagonist may not have a name, but there are other ways to bring you closer to him as a person.

“One of my favorite things about the game are the ‘eureka’ moments; when the boy is trying to get Trico to understand something and he finally gets it,” says Ueda.

“That not only binds the characters, but also you as a player because you feel the same nice moment of accomplishment the boy does.

“We also wanted to give you more of the young boy’s backstory to discover, compared to Ico and Shadow of the Colossus.”

Anyone who’s studied film will have likely heard of “Save the cat!” — a term popularized by screenwriter Blake Snyder. It’s a technique where the protagonist of the story does something kind to endear you to them. And the first thing The Last Guardian asks you to do is to pull two broken spears out of poor Trico’s body, instantly making you a hero but also putting the genesis of their important relationship directly in your hands.

“Their developing bond is the key theme across the game,” explains Ueda. “But the big difference between this and the relationships in Ico and Shadow of the Colossus is that there’s a more dynamic range between the boy and Trico. From that first moment in the game, the boy is uncertain if Trico will be a friend or foe, and you immediately start trying to work out how to bridge that communication gap.

“But rather than the more straightforward relationships seen in Ico and Shadow of the Colossus, you’ll see both dramatic peaks and troughs in their relationship…”

The frightening foes of Ico and Shadow of the Colossus often reflect the strong themes of Ueda’s tales — which is why there aren’t lots of them compared to other action adventure games.

So what do the enemies in The Last Guardian represent?

“Partnership,” smiles Ueda. “The boy doesn’t possess combat skills, so you need to work together with Trico to overcome these threats.

“With Ico we focused more on the puzzle elements to keep Princess Yorda safe, and in Shadow of the Colossus we focused on driving you to defeating colossi, at a cost. With The Last Guardian we examine the changing relationship between the boy and Trico, and the challenges that represents as you try to discover the game’s mysteries.

“But we also achieve a lot of that during the quiet moments of the story — without those peaceful beats we probably wouldn’t have been able to achieve the scale and variation of their relationship, and their payoff moments.”

There’s no doubt we’ll see more examples of just how The Last Guardian will deliver its emotional story when it launches on October 25, but in the meantime Ueda-san personally challenges you to go back to the E3 2016 trailer and get analyzing.