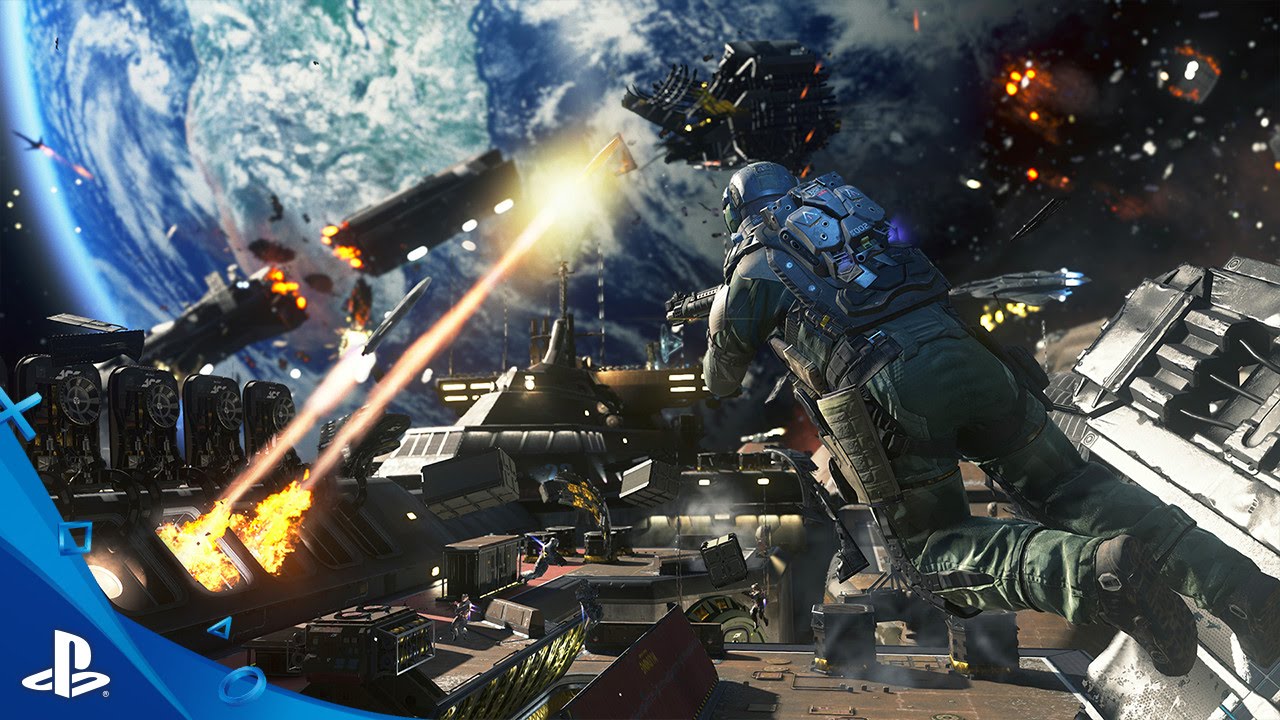 We’re way stoked from the rush of having our Call of Duty: Infinite Warfare ship assault gameplay debut at Sony’s E3 press conference on that massive screen! If you weren’t there or haven’t seen the livestream yet, check out our new gameplay reveal here:

We’re extremely proud to debut gameplay from Infinite Warfare. This particular gameplay sequence highlights our campaign’s continuous, nearly seamless narrative experience. Captain Reyes goes from bridge, to flight deck, to his Jackal, and straight into space combat, accomplishing the mission with a breach, a firefight to the objective, and an exciting getaway from the doomed enemy carrier. Jackal combat, and the adrenaline-pumping dogfighting you saw in the level, is a brand new addition to Call of Duty gameplay, which we can deliver due to the new space setting. We think you’re going to love the experience picking up the controller and piloting your own Jackal.

Also, Raven Software has put endless hours of work into Modern Warfare Remastered, so it was really sweet to see that come to life on the big stage. We’re all honored to be able to give the fans a game they’ve been so passionate about. The dev teams are taking a careful, thoughtful approach to preserving classic Modern Warfare gameplay, while updating the game’s visuals and key technical aspects, such as audio, lighting, and rendering tech, plus much more, with the power and prowess of this console generation.

It’s awesome that we finally get to show off Infinite Warfare gameplay. It’s going to get even better, as we also look to talk about more campaign details, zombies, eSports and of course multiplayer. We can’t wait to share new game details with you over the next several months!