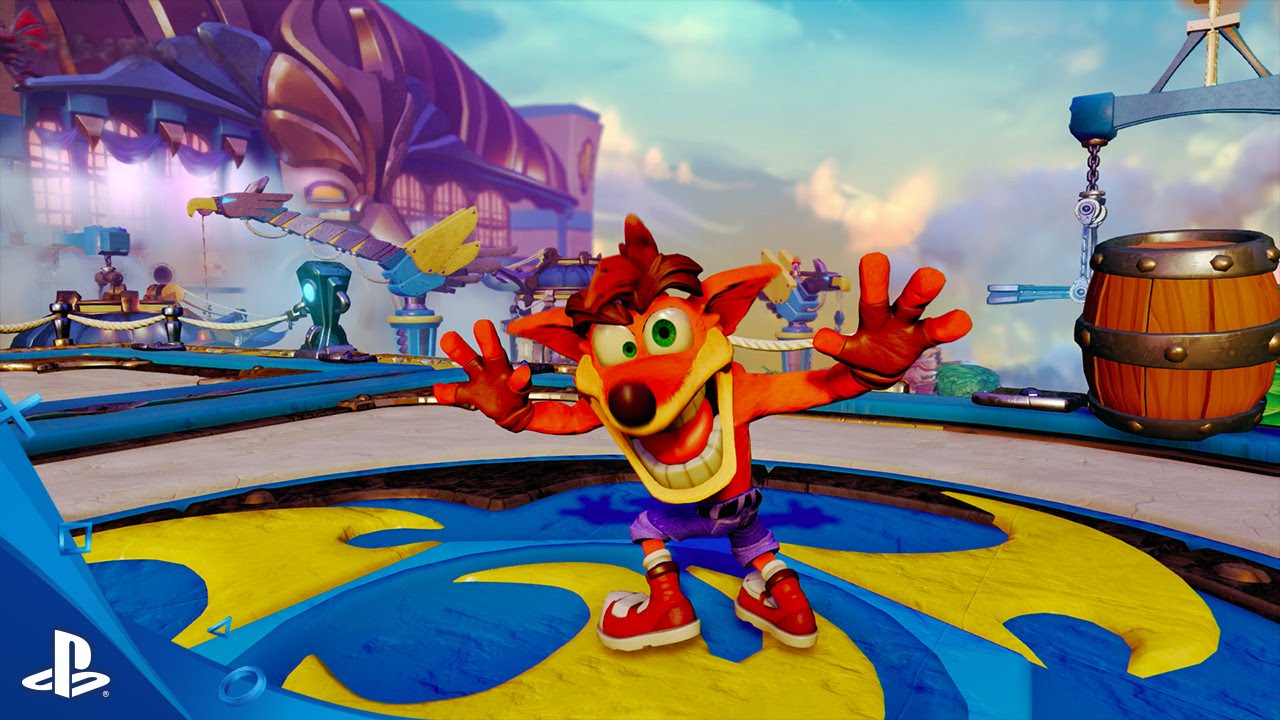 Welcome back to Wumpa Island! It’s been 20 years since Crash Bandicoot first invaded our hearts and consoles. And Activision, Toys For Bob, and Vicarious Visions are beyond excited to bring him back as a guest star in Skylanders Imaginators for his 20th anniversary celebration.

Vicarious Visions has a long history with Crash and our office is full of hardcore fans. When we were given the opportunity to bring Crash Bandicoot to Skylands, we knew we’d need to really deliver on a true Crash experience. It was no easy task, but I’m happy to say we’re extremely proud of the version of Crash we’ve brought to life. We’ve maintained Crash’s unique and quirky personality and his, y’know, innate Wumpa-ness, as both a 3D character and a new toy.

Our early focus was to nail Crash’s look. We wanted to make him feel at home in his new high-definition surroundings, while staying as true to his original design as possible. To kick off this exploration, we dug deep (and I mean DEEP) into the archives for inspiration. We even unearthed a pile of ancient, mimeographed documents of the original “Willy the Wombat” concepts that were shared with Vicarious Visions ten years ago when we began to work on the franchise. (We may or may not have unleashed a 32-bit mummy on the office in the process. The good news is he can only travel on one axis, so he’s pretty easy to avoid.)

Crash’s look has evolved over the years, but these timeworn images made it clear that the lines and proportions of his character have been consistent since day one. With that in mind, we began churning out concepts for Crash’s in-game look while we brainstormed how best to translate his energy and personality into a real-life toy.

We went through sooooo many versions of Crash’s toy pose. It had to capture everything about Crash that makes him special and also represent him as a true member of the Senseis in Imaginators. We brought in lifelong Crash fans to evaluate our sketches, early 3D prints, and test figures at every stage to make sure we were creating a toy THEY would want for their favorite furry protagonist. When we were happy with Crash’s pose and look, we did a final consistency pass and just like that… Crash was ready to run amuck in the Skylanders Imaginators line-up.

After finalizing Crash’s model, it was time for us to bring him to glorious, fully-animated, 3-D life. It was important that we stayed true to how he moved in his earlier incarnations, from his edginess, trademark wackiness, and swagger as he navigates the world, all the way down to his idles and timeouts. If you want to see one of those fancy throwbacks, just set the controller down for a second and see what happens! But, that’s just the beginning of our obsessive attention to detail:

And that’s all we have for today folks! I hope you’ve enjoyed this peek behind-the-scenes at Crash in Skylanders Imaginators. I also hope you are as excited as we are to get your hands on this crazy awesome Crash Bandicoot toy and bring him to life in a new Skylanders adventure. The game is crammed full of fun and sprinkled with fan service for all of you who have supported this guy for the past two decades. Stay tuned for more announcements and Wumpa-flavored news in the months to come by following us @SkylandersGame on Twitter for the latest updates!