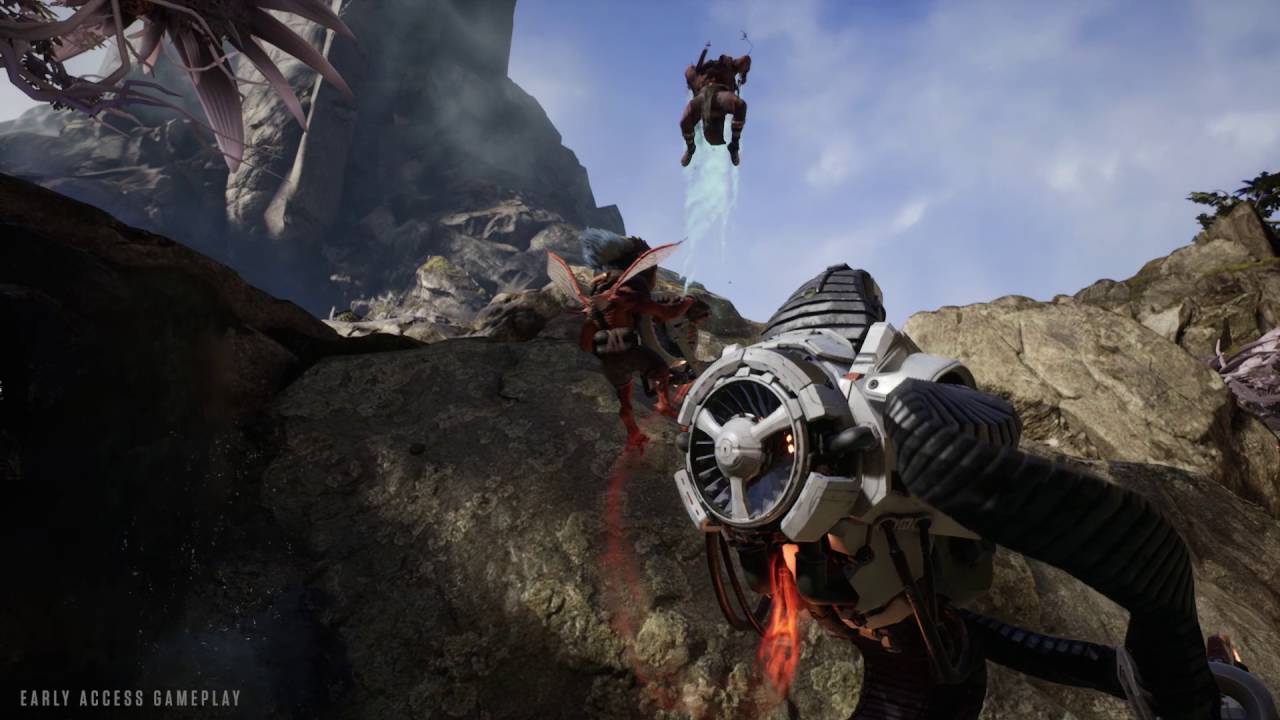 Since we announced Paragon back in December, we’ve been floored by the response from the community and all the great feedback through our Early Access Season. And after millions of games played so far, we’re getting ready to share our MOBA with even more awesome people.

Starting Tuesday, August 16 we will be entering Free Open Beta. That means playing Paragon will be totally free, until then our Founder’s Packs and the Essentials Edition still give you an awesome deal on stuff in the game and Early Access. For all the people currently playing in Early Access, we’re working on a whole host of improvements in the coming weeks, and we will never reset your account progress. We can’t thank you enough for helping us get to this point.

Also, new Heroes every three weeks. Like this one.

We’d like to introduce you to our latest Hero. We call this melee fighter… Khaimera. He’s Paragon’s first duelist, a Hero who excels at isolating targets, and also happens to wield dual axes. Get your first look at Khaimera below. You’ll be able to play Khaimera as part of our update on Tuesday, June 21.

The TL;DR on Khaimera is that he is a melee fighter who specializes in disrupting team fights with close­up encounters. His Pounce leaps to a target enemy Hero, briefly stunning that Hero and dealing Physical Damage around him. While he’s engaged in fights, his Spirit Regeneration stacks more health regen with each basic attack. His Ultimate, Cull, deals a large amount of damage, both rooting and isolating a target from allies.

As always, all Heroes in Paragon are free, so if you’re in Early Access you’ll be able to jump in as Khaimera on Tuesday, June 21. If you’re not in Early Access yet, you can pick up a Founder’s Pack to get into the action, play in our upcoming Free Beta Weekend by signing up here, or wait until Free Open Beta August 16. See you on the battlefield!