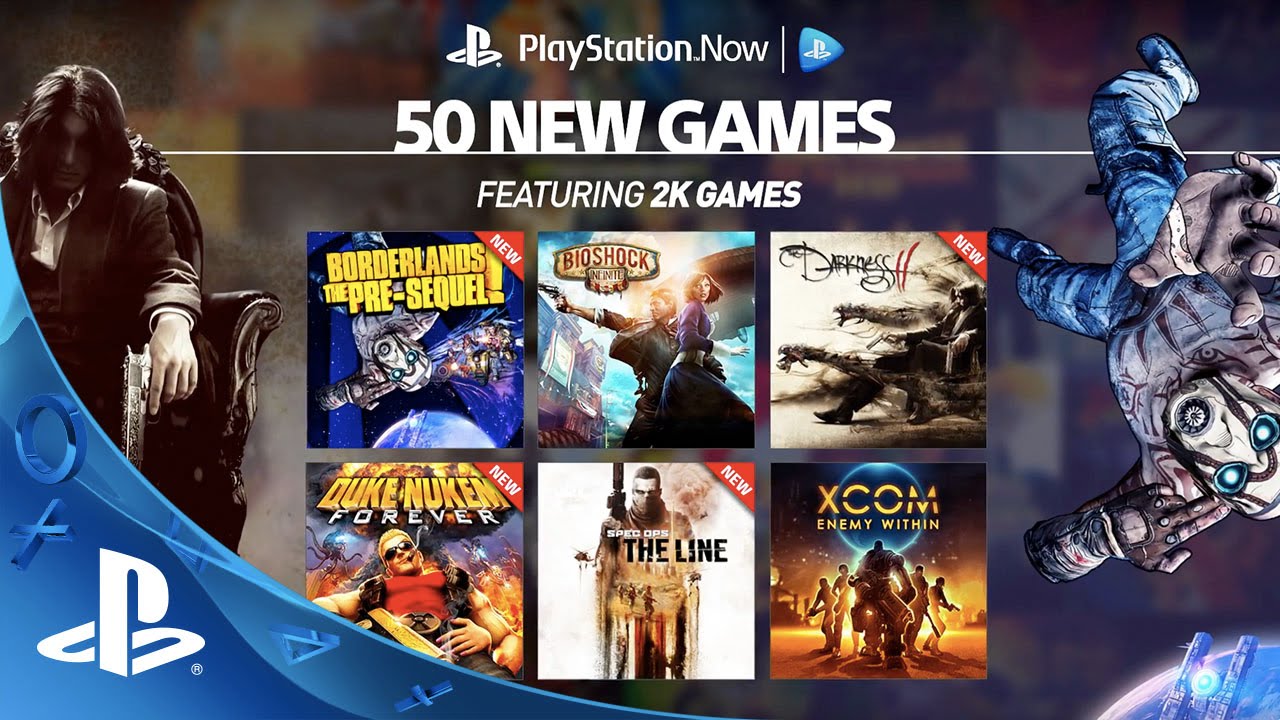 Here’s a bit about the new 2K titles we’re adding this month:

Launch into the Borderlands universe and shoot ‘n’ loot your way through an exciting adventure that rockets you onto Pandora’s moon! Play as four character classes while carving a path of destructive mayhem across Pandora’s never-before-seen low-gravity moonscapes with all new moves, weapons, and vehicles! (Rated Mature)

The Darkness II is an intense first person shooter that puts you in the role of Jackie Estacado, don of a New York crime family and wielder of an ancient supernatural force of chaos known as The Darkness. (Rated Mature)

It’s been 6 months since Dubai was wiped off the map by a cataclysmic sandstorm. Thousands of lives were lost, including those of American soldiers sent to evacuate the city. Today, the city lies buried under sand, the world’s most opulent ruin. (Rated Mature)

Put on your shades and prepare to step into the boots of Duke Nukem, whose legend has reached epic proportions in the years since his last adventure. The alien hordes are invading and only Duke can save the world. With hours and hours of over-the-top single player action, and a range of bodacious multiplayer modes, rest assured knowing the fun will last. (Rated Mature)

We’re also very excited to announce two other bits of news today. First, with the addition of tomorrow’s 50 new games, the PS Now Subscription catalog will have expanded to total more than 400 games.

Second, we’re announcing a special discount on the 3-Month Subscription (a savings of 33%) that will be available in the U.S. and Canada starting tomorrow and ending July 11, 2016. The discount will apply only to the first subscription period purchased during the promotion, and subsequent periods will be charged at the full price of $44.99 for a 3-Month Subscription. Full details and eligibility requirements are available here.

The full list of 400+ PS Now games can be found on our website, at the bottom of this page. If you’re new to the service or have been sitting on the sidelines before giving it a try, we hope you’ll consider this a great time to give the service a try. Here’s the link to the 7-Day FREE Trial.