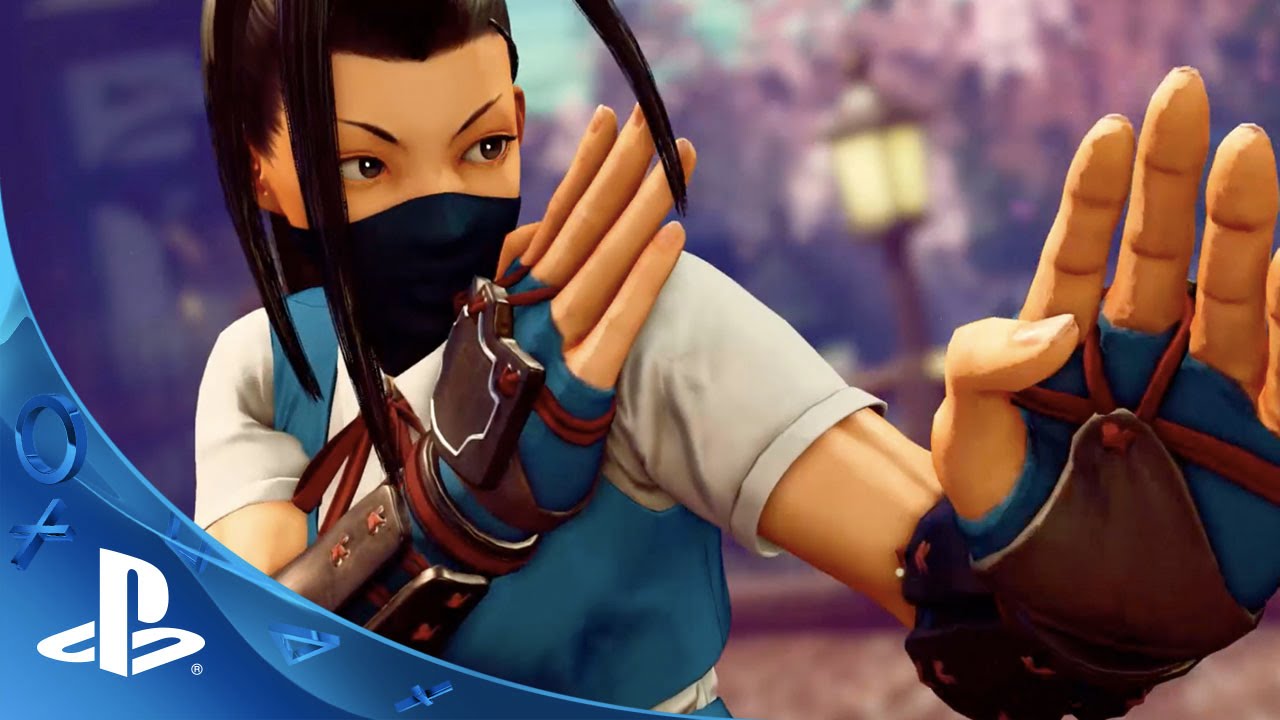 We’re happy to announce that Ibuki — everyone’s favorite kunoichi — is making her return in Street Fighter V as our latest DLC character! She has always been a very tricky, technical character so players who are looking for a challenge won’t be disappointed as she comes with loads of new ninjutsu tricks up her sleeve to keep her opponent guessing at all times.

Ibuki has been trained in the deadly art of ninjutsu from an early age in a village located in the mountains of Japan and is often seen with her pet tanuki — Don — and her best friend Sarai Kurosawa. She is constantly tasked with difficult missions and rigorous training and dreams of one day finishing her ninja exams, leaving all this behind to live a life of a normal schoolgirl.

Her first appearance was in Street Fighter III: New Generation where she is sent by her clan to retrieve the “G file” from Gill, which she obtains after their battle. This document details the start of a new mysterious project and Gill condescendingly instructs her to use it as a reference paper for her studies.

In Street Fighter III: 3rd Strike, she goes on to complete her training with Oro in the hopes of passing her ninja exams and furthering her education. She does so and is accepted to a university which turns out to be just another chapter in her training as it is revealed to be a secret ninjutsu training facility. Street Fighter III is also where we learn that she has quite the knack for picking up rivals, as you’ll see in her special intro with Makoto.

Her next major appearance was in Super Street Fighter IV, where she sneaks off from her ninja training to search for cool guys, meeting various rivals like Sakura Kasugano and eventually ending up back at the ninja training camp, late for her exams.

Ibuki has always been a very mobile character with various target combos, but she now has even more ways to mix-up the opponent with the ability to glide through the air and toss out ninja bombs, making it very difficult to predict where she will land and where her next attack will come from.

Kunais have also been a cornerstone of her playstyle, but now players will have to be much more strategic in their use as she can only stock five at a time before she has to quickly obtain another set. That said, their utility is just as powerful as ever as she can send her entire stock flying at the opponent for serious damage.

Ibuki builds up energy and blasts it from her palm towards the opponent. The blast range is dependent on how long Tenrai is charged for.

Ibuki digs into her bag of ninja tools and throws a bomb at the opponent. Depending on which direction is held upon activation, the bomb can either go off quickly, after a slight delay or after a longer delay. Ibuki is extremely crafty and impatient, however, so there might be other ways to trigger the explosion.

The pinnacle of Ibuki’s ninjutsu training! Ibuki launches the opponent into the air, quickly following after them. She then performs a series of ninjutsu seals, culminating in a large scale blast to the opponent’s skull.

You probably notice from the trailer and screens, but we also have a brand new alternate stage coming! It’s a daytime version of the Kanzuki Estate stage, aptly named Estate at Noon. Look forward to throwing down among the sunlit cherry blossoms!

That’s it for today, but we have a lot of exciting news coming very soon! June is going to be a huge month for Street Fighter V, with the highly-anticipated Story Expansion and more surprises planned, so stay tuned and be sure to follow us @StreetFighter on Twitter for the latest updates!