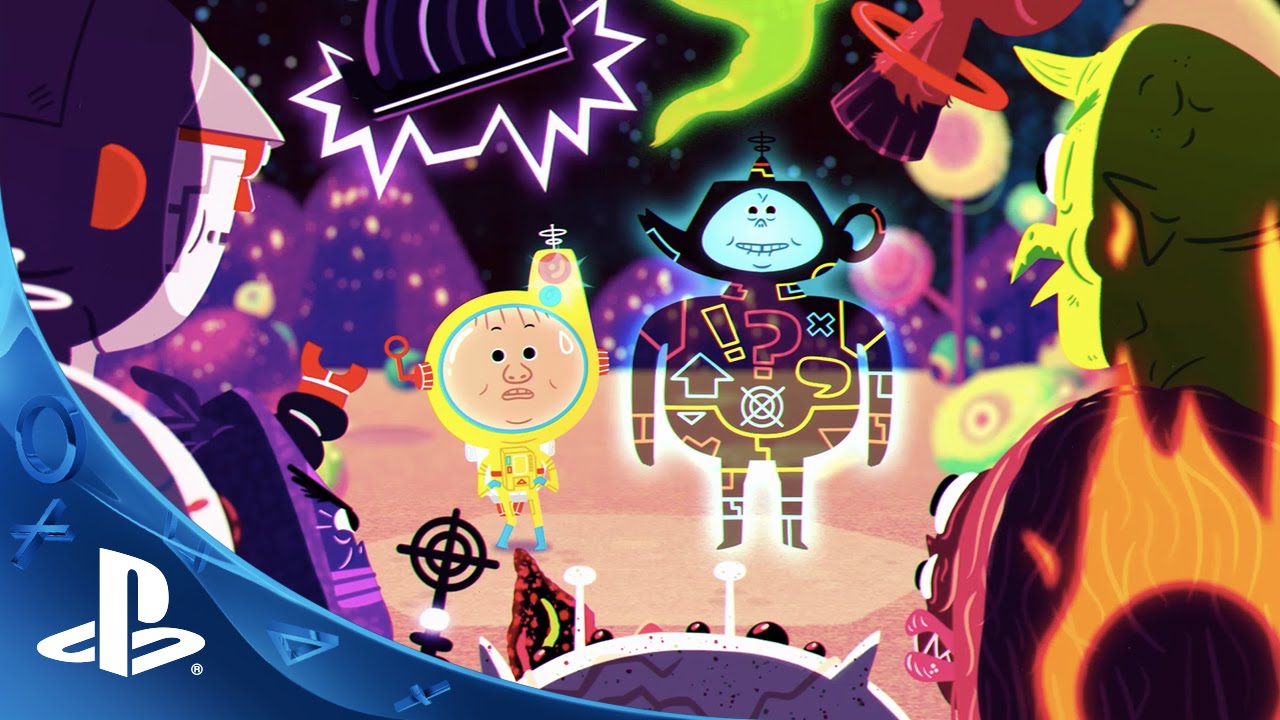 Hey folks! Ricky Haggett here. I was the founder of a videogame studio called Honeyslug, who made the PlayStation games Hohokum, Frobisher Says, and Super Exploding Zoo.

Now I’m back with a new studio called Hollow Ponds, and excited to tell you about what we’ve been working on ­a new game called Loot Rascals.

Loot Rascals is a tale of friendship, loss, and redemption in outer space. It’s a roguelike set on a hostile alien world, where you’ll play as the survivor of a rocket crash, trying to escape back to space.

The game has two main components: First off you’re exploring the planet, revealing its hexagonal surface, and fighting a menagerie of strange aliens, monsters and robots. Defeating them will win you Loot ­ a set of schematic cards from which you get all of your abilities.

Choosing which of these cards to keep and use to fend off hostiles requires strategic thinking ­ the second major aspect. As you build your character’s loadout and maximize abilities, you’ll need to decide which advantages you can do without, and convert those cards into the precious resources needed to heal up.

But I mentioned friendship, loss, and redemption before. What’s that all about?

Well, in this game, the enemies can loot you! And when that happens, the cards they steal are beamed up to the cloud and drop into someone else’s game. Whenever you defeat an Elite Baddie in Loot Rascals, you’ll get a card belonging to another player looted from them earlier by that baddie. The enemies only steal higher level cards, so it’ll be something you reeeeally want to keep. But you have a free choice ­ will you send it back to them, or keep it for yourself?

Think carefully about the decision though, because there are consequences. You see, every player in Loot Rascals has a Holographic Agent: a computer controlled copy of themselves who can visit other people’s games. If you decide to hang on to another player’s card, you may find yourself faced with their angry Hologram, trying to kill and loot YOU. Or, if you did right by them, and sent back their card, perhaps their Hologram will turn up to help you for a while…

If you’re a fan of some of the other games I’ve worked on, you should be able to detect a similar sensibility, in terms of both humor and art. This time, we’re working with Swatpaz (Adventure Time, Cartoon Hangover) and Meowza (The Road Not Taken, Alphabear) on the visuals, along with an amazing soundtrack by Grandmaster Gareth from Misty’s Big Adventure (one of my favorite bands!)

We’re aiming for release in early 2017, but planning on getting the game in people’s hands before that at a number of shows –­ first up at E3 in June.

Meanwhile, check out our trailer and visit the website at www.lootrascals.com, where you can find more info and sign up to receive more news about the game.