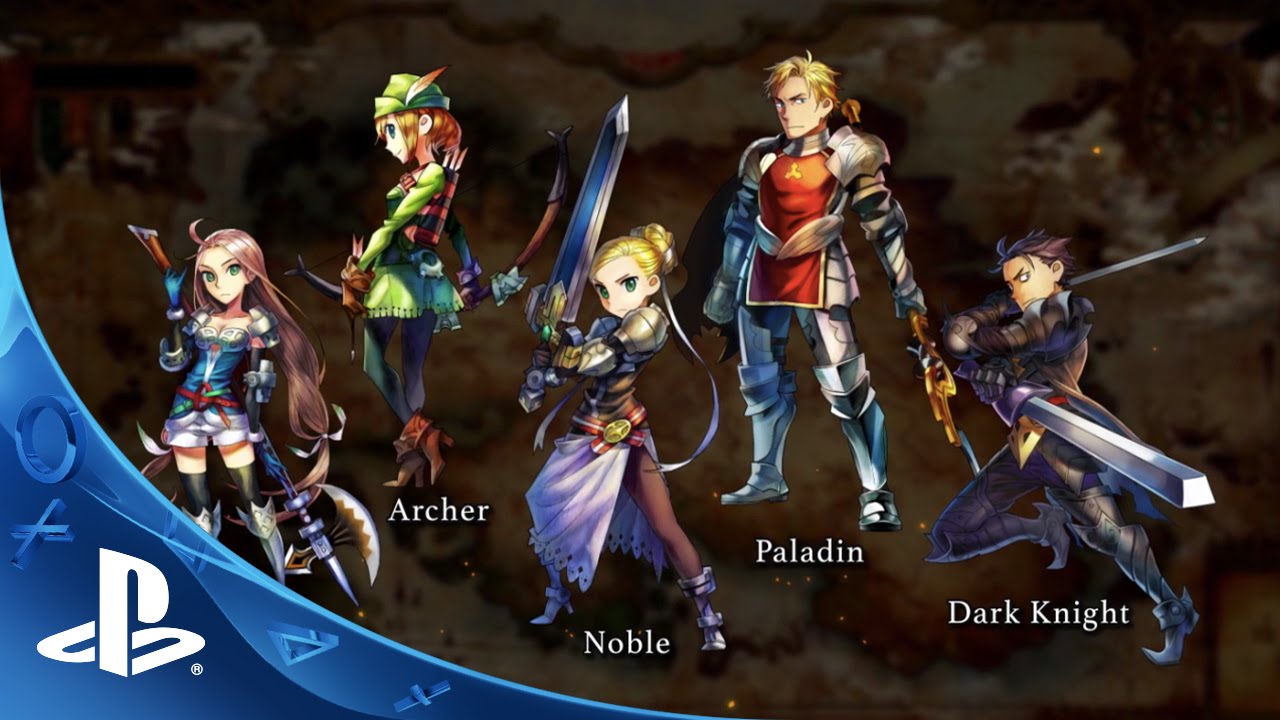 In a game of strategy, the number of pieces on your board and the type of pieces you control can completely alter the outcome of a battle. In the careful balance of Grand Kingdom’s classes, that is especially true, and I’m happy to announce a few more pieces that you’ll be able to strategize with when Grand Kingdom launches on PS4 and PS Vita this June!

Those of you who’ve been following Grand Kingdom closely will recognize these classes as paid DLC from the game’s Japanese release — welp, we’re giving them to you for free and including them in the regular game! That’s right, you’ll have access to all 17 classes listed on our game website as soon as you install the game or slip in your brand-new disc on June 21.

Now, new characters are always cool, but how about some new game content as well? You bet your spoils of war! (That could be a saying, right?) We’ve also decided to include the four Great Nation campaigns that were DLC in Japan with the regular version of Grand Kingdom. Yup, that increases the game’s campaign content from 12 chapters following the exploits of The Guild, to a whopping 48 chapters of story delving into the far reaches of Resonail’s expansive lore and nations.

In each Great Nation campaign, you’ll align yourself with a particular nation and dig deeper into that nation’s motivations and history. You’ll be introduced to brand new characters, discover the deeper ties that bind rulers to family and nation, and perhaps even discover something about yourself as you decide which nation tugs at your heart the most.

These additional campaigns really flesh out each of the Great Nations of Resonail. While you’ll probably be jumping into Grand Kingdom’s Online War from day one, I found that in my endless quest to fill my mercenary purse by completing each Great Nation campaign, I discovered which nation I really connected with. After completing the campaigns, I decided that I’ll be exclusively supporting one particular nation in the Online War no matter who my friends are fighting for. I can’t wait to see whom all of you choose to support!

And, as if that wasn’t enough good news, you can also pre-order the PS4 digital version of Grand Kingdom today on PlayStation Store to save 10% on the game, unlock an exclusive Theme, and snag yourself a few cool Charm Scrolls that will let you re-customize your mercenary units once they hit level 20. (Pro-tip: if you have a favorite mercenary troop after you finish the campaign, you can use the Charm Scrolls to make them match your favorite Great Nation and send them to war dressed properly!)

Phew. That was a lot to get off my chest. If you aren’t sure what kind of strategy Grand Kingdom holds in store, be sure to hop over to the official website to learn more. I’ll see you when the war begins on June 21, dood!