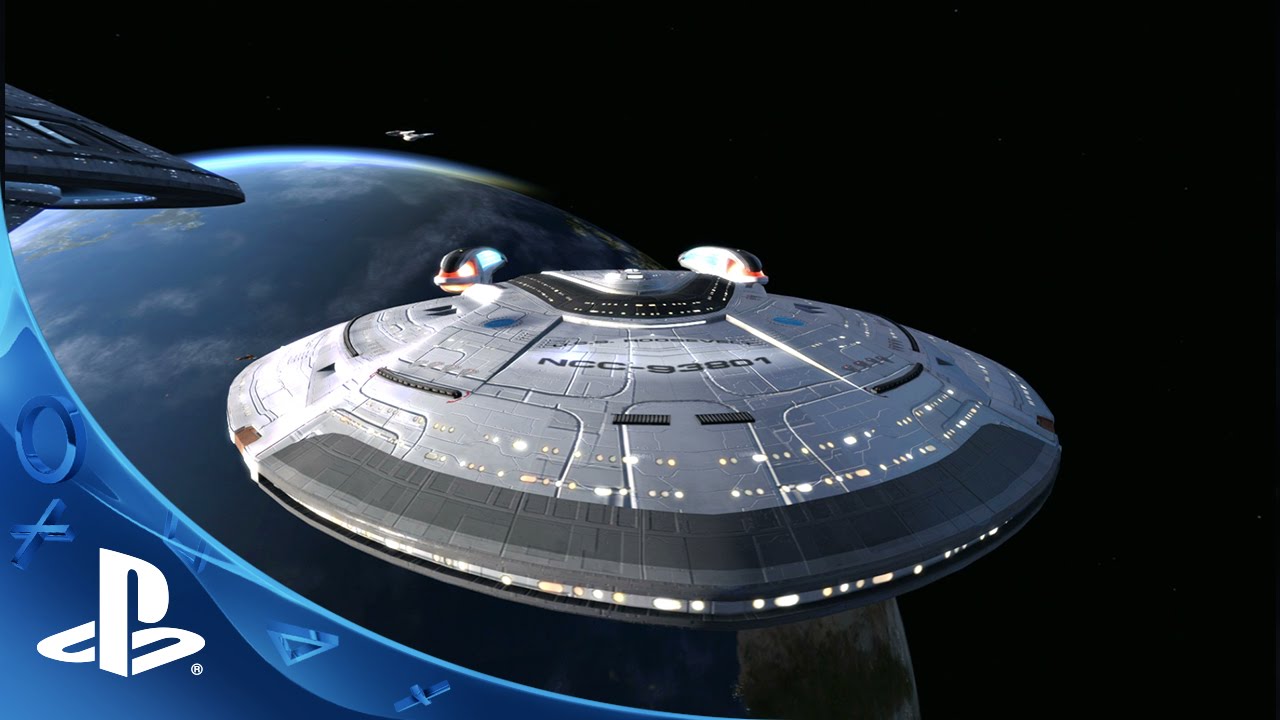 Star Trek has a long history of exploring strange new worlds, seeking out new life and new civilizations, and boldly going where no man has gone before. Our game, Star Trek Online, has grown on PC over the past six years, but it’s time for us to explore another frontier: PS4.

We are happy to announce that this fall, Star Trek Online will be launching on PS4. Our goal is to deliver the same high quality Star Trek experience to players on PlayStation, with some additional upgrades to make the transition a smooth and natural experience.

For those unfamiliar with Star Trek Online, we are a free-to-play MMORPG based on the Star Trek franchise offering players the opportunity to create their own captain and explore the galaxy as they play through countless hours of content.

Over the past six years of development we have created more than 130 featured episodes (similar to the TV series episodes) that star some of the cast members of the Star Trek series including Michael Dorn, Jeri Ryan, Tim Russ, and more.

Star Trek Online will also be one of the first free-to-play MMORPGs to offer both space and ground combat as you fly through the galaxy in hundreds of iconic ships. Your captain and crew can pilot everything from the classic Enterprise to a Klingon Bird-of-Prey or Romulan Warbird. From cruisers and escorts to science vessels and dreadnoughts, you’ll be able to experience the final frontier on your own terms.

We’re also bringing several enhancements to the PS4 version. Our first major task was to convert a PC game that takes nearly an entire keyboard to play into a game that plays well with a DualShock 4. We focused on getting the controls right before we began work in earnest on this project, because we knew the game had to be as tactical, fun, and accessible as the PC game that preceded it. A combination of radial menus and streamlining HUD elements created a game that is easily understood, instantly accessible, and incredibly fun to play.

Next up, we invested heavily in our engine and added several modern lighting technologies that significantly improved the visual quality of the game. Deferred lighting, light probes, and improvements to our High Dynamic Range lighting system combine to provide more realistic lighting that feels like a true refresh to the game.

Alongside the lighting system, we decided the entire UI needed not only a complete graphical overhaul but to have its entire backend rewritten. The goal here was to create a UI that was incredibly streamlined on the backend to ensure the best game performance possible, while also creating a brand new experience built for DualShock 4.

We’re really proud of how this looks and how well it performs, and I’m excited for everyone to see it in action.